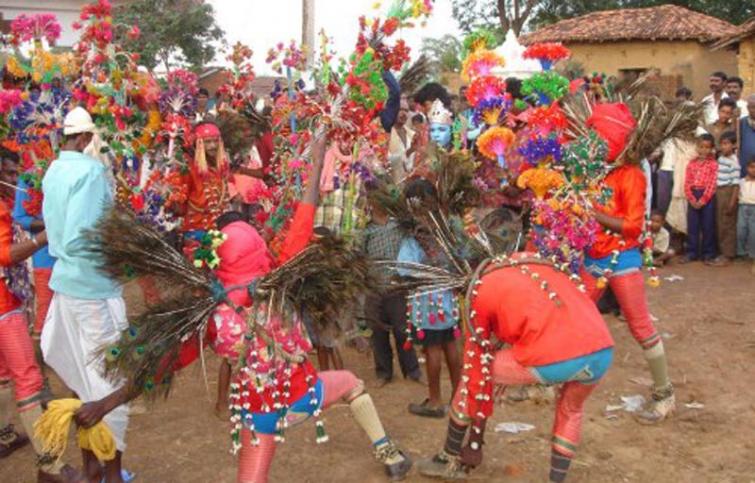 On February 28, 2020, Communist Party of India-Maoist (CPI-Maoist) cadres killed Muchaki Hidma, accusing him of being a ‘police informer’ in Kolomkonta village under Tengapal Police Station limits in Sukma District. After executing the incident, the Maoists also allegedly assaulted Hidma's wife, as well as some villagers who went to save the woman.

On the same day, in another incident, CPI-Maoist cadres killed Madvi Urra, a former Maoist, branding him a ‘police informer’, in Mukram village under Chintalnar Police Station limits in Sukma District.

On February 21, 2020, CPI-Maoist cadres killed a supervisor of a construction company, identified as Jaggu Mandal, at Katgaon village in the Koyalibeda Block (administrative unit) under Pakhanjur Tehsil (revenue unit) in Kanker District. The company was involved in the construction of a road between Partapur and Koyalibeda under Partapur Police Station limits. In a letter left near the dead body, Maoists ‘urged’ contractors not to become enemies of the people and warned that those engaged in road and bridge works in the region would have to face serious consequences.

On February 19, 2020, one CPI-Maoist cadre was killed in an exchange of fire between a team of the District Reserve Guard (DRG) and the Maoists in the forest area along the Chintagufa-Chintalnar junction in Sukma District. The identity of the slain Maoist is yet to be ascertained.

On the same day, in another incident, an unidentified CPI-Maoist cadre was shot dead in an encounter with the Security Forces (SFs) near Ikul village in the Abujhmaad area of Narayanpur District.

On February 18, 2020, a commando of the Commando Battalion for Resolute Action (CoBRA), a specialised unit of the Central Reserve Police Force (CRPF) proficient in guerrilla tactics and jungle warfare, was killed and another was injured in an exchange of fire with CPI-Maoist cadres in a forested area near Palodi village under Kistaram Police Station limits in Sukma District. Acting on a tip-off about the presence of the Maoists, the commandos were sent to the Pamed area of Bijapur District. The team was attacked by the Maoists while they were on their way to the area.

According to partial data collated by the South Asia Terrorism Portal (SATP), since the beginning of 2020, at least 14 incidents of killing, resulting in 16 fatalities (seven civilians, four SF personnel, and five Maoists), have already been registered in Left Wing Extremism (LWE), related violence in Chhattisgarh, thus far (data till March 1). During the corresponding period of 2019, four incidents of killing, resulting in four fatalities (two civilians and two Maoists) were recorded. There is, thus, a significant surge in LWE-linked violence in the State in the current year.

One of the vital parameters of violence, incidents of killing, indicates an improvement in the security situation in the State.  Incidents of killing fell from 134 in 2018 to 72 in 2019, a decline of 46.26 per cent. There was a total of 136 incidents of killing in 2016, the maximum recorded during the course of year, since March 6, 2000, when SATP started compiling data on Left Wing Extremism. It is useful to recall here, however, that the intensity of the violence was at its peak in Chhattisgarh during 2007-11, and it was among the worst affected States even after this period.

Violence in the Bastar Division which remained the principal challenge for the State in particular and the country at large, also registered a decline of 52.44 per cent (from 225 incidents in 2018 to 107 in 2019). The Division currently comprises seven Districts – Bastar, Bijapur, Dantewada, Kanker, Kondagaon, Narayanpur, and Sukma – in the southernmost region in the State.

On January 2, 2020, Inspector General of Police (IGP), Bastar Division, P. Sundarraj disclosed that the Division had witnessed a decline of LWE-related incidents by 40 per cent in 2019. He further stated there was a decline in loss of security personnel lives in different incidents by 55 per cent and loss of civilian lives in CPI-Maoist attacks by 45 per cent.

Indeed, the LWE movement in the State continued to suffer through 2019. In a major setback to the CPI-Maoist, ‘Central Committee’ member and ‘secretary’ of the ‘Dandakaranya Special Zonal Committee (DKSZC)’, Ravula Srinivas aka Ramanna, died on December 9, 2019. Ramanna was in-charge of Maoist activity  in the ‘Bastar Division’ and carried a total cash reward of over INR 20 million. Ramanna was instrumental in prominent attacks on SFs, including the killing of 15 SF personnel (and one civilian) on March 11, 2014, and 25 CRPF personnel on April 24, 2017.

The Maoists have been finding it difficult to recruit new people in their fighting ranks. The size of their fighting unit is said to have declined from 6,000 armed insurgents in 2017 to little over 3,500 in 2019. Most of these recruitments were being done by Ramanna, who is now dead.

Nevertheless, based on assessments of underground and over-ground activities of the Maoists in the State, according to SATP data for 2019, at least four Districts – Bijapur, Dantewada, Kanker, and Sukma - remained highly-affected; another five Districts – Bastar, Dhamtari, Kabirdham, Narayanpur, and Rajnandgaon – were moderately affected; while two Districts – Gariyaband and Kondagaon - remained marginally affected.

Meanwhile, on February 5, 2019, the Union Ministry of Home Affairs (UMHA) identified 14 Districts of Chhattisgarh – Balod, Balrampur, Bastar, Bijapur, Dantewada, Dhamtari, Gariyaband, Kabirdham, Kanker, Kondagaon, Mahasamund, Narayanpur, Rajnandgaon, and Sukma – among the 90 LWE-affected Districts in 11 States across the country. Eight of these Districts of Chhattisgarh – Bastar, Bijapur, Dantewada, Kanker, Kondagaon, Narayanpur, Rajnandgaon, Sukma – were also included in the list of 30 Most Affected Districts from seven States across India, released by UMHA on August 1, 2018.

The Maoists are choosing to maintain a tactical silence, avoiding face-offs with the SFs, even as they revamp their strategies. According to an October 7, 2019, report, drone-like objects were spotted flying over the airspace of highly secured CRPF base camps in the Kistaram and Palodi areas of Sukma. CRPF spokesperson B.C. Patra disclosed,

Such sighting of lights (of suspected drone) during the night hours has never been reported earlier in and around the CRPF base camps across the Maoist-affected Bastar region. It was sighted for three days and we have sent an alert to the Intelligence Bureau (IB) and the State Intelligence Bureau (SIB). Though it's not yet confirmed, there remains a suspicion that these flying objects might be Maoist drones. It was seen flying over the CRPF camps of Palodi and Kistaram separated by an aerial distance of 5 km. It's under investigation.

Meanwhile, in addition to several measures adopted in the past, some new efforts were made during the course of 2019 to strengthen the security apparatus in the State. On January 2, 2020, P. Sundarraj, IGP, Bastar Division, stated that seven security camps had been established at Chhindnar, Chikpal and Potali of Dantewada District; Khodgaon in Narayanpur District; Pusnar and Bodli of Bijapur District and Sureli in Kanker District.

Regrettably, however, Chhattisgarh continues to suffer significant deficits in the strength and quality of the State Police Force, which constitutes the first line of defence against any kind of internal threat. According to the latest Bureau of Police Research and Development (BPR&D) data, there was a vacancy of 16.61 per cent in the State Police Force, as on January 1, 2019. Moreover, of a sanctioned strength of 142 apex Indian Police Service (IPS) Officers in the State, 36 posts, i.e., 25.35 per cent remained vacant, considerably weakening executive direction of the Force. As against a sanctioned strength of 462 Police Stations, there were 446 Police Stations in the State, and at least 21 of them had no telephones.

According to a January 25, 2020, report, the Chhattisgarh Government, among eight States attending the 'High Powered Committee (HPC)’ meet held at State capital Raipur, put forth their proposals for sophisticated weapons, ultra-modern forensic labs and highly-developed software analysis system. State Police officials and forensic experts also stressed the need for cybercrime investigation took kits, thermal imagers, internet evidence finders, tower servers and firing simulators. Meanwhile, Vivek Bharadwaj, the Additional Secretary, UMHA (Police Modernisation), assured the States that their essential requirements for modernisation of their Police Forces would be looked into and the proposals would be approved as early as possible.

Despite all odds and deficits, the LWE menace in Chhattisgarh has been progressively contained, and there is visible improvement in the ground situation. Nonetheless, several challenges remain to be, and both the State and Central Governments need to ensure that capacities are augmented so that the remaining stretches of territory afflicted by Maoist violence can be brought back to normalcy.