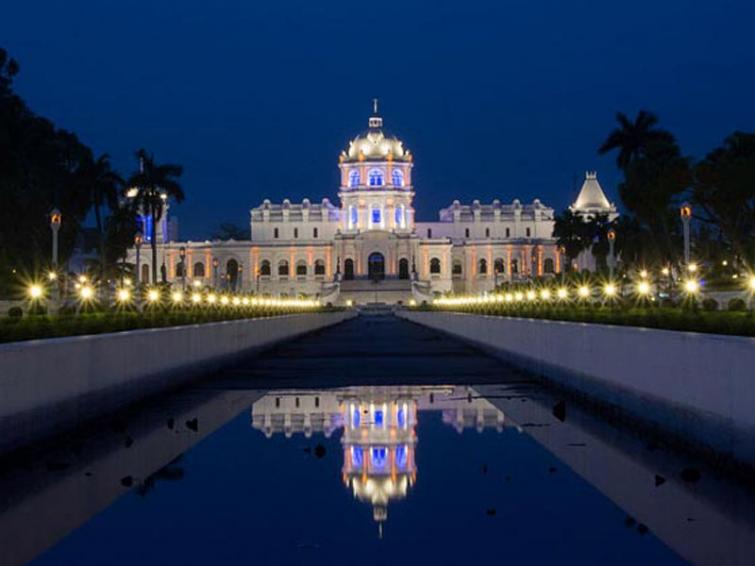 On January 16, 2019, the Union Government signed a quadripartite agreement with Tripura, Mizoram, and leaders of the Mizoram Bru Displaced Peoples Forum (MBDPF) to resolve the decades old Bru displacement crisis.After signing the agreement, it was announced that the Bru migrants (over 30,000) who had not returned to Mizoram would be settled in Tripura. The Government also announced a financial package worth INR 6 billion for settling them in Tripura.

Over 30,000 Bru refugees had fled Mizoram, in 1997 following the killing of a Mizo forest guard, allegedly by Brus, and had taken shelter in Tripura. Till date approximately 11,107 Bru migrants (2,239 families) have been successfully repatriated in several phases. The first phase took place between November, 2010, and January 13, 2011, and 322 migrant families were repatriated. The latest phase (ninth) started on October 3, 2019, and ended on November 30, 2019, and resulted in the repartition of 1,165 Brus (289 families). Bru leaders cite the ‘hostile environment’ in Mizoram as a reason for not going back.

Meanwhile, Tripura remained free from insurgency-related violence through 2019.The State did not record a single insurgency-linked fatality.The last such fatality was recorded on November 17, 2014, when a Border Security Force (BSF) trooper and a civilian driver were killed when cadres of the Biswamohan Debbarma faction of the National Liberation Front of Tripura (NLFT-BM) ambushed their vehicle at Pusparam Para in North Tripura District. At its peak in 2004, the militancy had claimed as many as 514 lives, including 453 civilians, 45 militants and 16 Security Force (SF) personnel.

In fact, the last incident of insurgency-linked violence in the State was recorded on November 24, 2017. Unidentified militants abducted four employees of the Tripura Gramin Bank (TGB) from the Khasiamangal area of Teliamura subdivision in Khowai District. The abductors who reportedly asked for INR 2 million for the release of each of the bank staffers, later released the victims after receiving five million as ransom. The abductors were later arrested and the Police was able to recover 4.8 million out of the five million paid out.

Out of two indigenous militant groupings once active in the state, the All Tripura Tiger Force (ATTF) is largely defunct.

Three out of the five factions of the other indigenous militant group, the NLFT, have given up violent means. Two factions of NLFT, one jointly led by Montu Koloi and Kamini Debbarma, and the other led by Nayanbashi Jamatiya aka Nakbar were disbanded in year 2004 and 2006 respectively. The last to join the negotiation process was the Subir Debbarma faction (NLFT-SD). On August 10, a tripartite agreement was signed between NLFT-SD, the Union Government and the Tripura Government. Later, on, August 13, 2019, at least 88 NLFT-SD cadres surrendered along with their arms in Dhalai District. Another minor faction, formed in 2014, under ‘commander’ Prabhat Jamatya is dormant. The fifth, the NLFT-BM, though, remains active, but has weakened considerably. Maintaining constant pressure on the degraded militancy in the State, SFs arrested six cadres of NLFT-BM through 2019. Another 43 cadres surrendered in 2019 in three incidents.

On January 7, 2020, tribal protesters under the banner of the Joint Movement Against CAA (JMACAA) staged a protest demonstration in the capital city, Agartala, in West Tripura District. Later, the Police detained around 200 tribal activists who were part of the demonstrations. JMACAA is the rechristened version of JMACAB, a joint forum of three tribal political parties and some social organisations, that had led the anti-Citizenship (Amendment) Bill 2019 protests in the State.

Moreover, members of Indigenous Peoples Front of Tripura (IPFT), an ally in the State Government ruled by Bharatiya Janata Party (BJP), are participating in an indefinite sit-in-demonstration at Khumulwng, headquarters of the Tripura Tribal Autonomous District Council (TTADC), against CAA. They are demanding that NRC be conducted in the State, illegal immigrants be deported, and a separate State be created for the tribals. The sit-in protest is still ongoing at the time of writing.

During the JMACAB three-day Tripura bandh (shutdown strike) from December 9-12, 2019, to protest against CAB-2019, the State recorded incidents of violence in several pockets.

According to IPFT'general secretary'Jagadhish Debbarma "rival group people" killed one of their protestors, Mantrilal Kaipeng (55), at Tuichindrai Bazar in Khowai District on December 11, 2019. Several private properties were also damaged in the violence that ensued.
About 40 people were injured in clashes during anti-Citizenship Amendment Bill (CAB) protests at three places: Bishramganj in Sepahijala District; Kanchanpur in North Tripura District, and Manugat Bazar in Dhalai District. 66 tribal and 293 non-tribal families were displaced in the Kanchanpur Subdivision of North Tripura District following violent clashes on December 11, 2019. These families are presently staying in relief centers provided by the Government.

Two Tripura Districts were also under partial curfew - North Tripura and Dhalai - and two columns of the Army were deployed to contain violence. Internet services were suspended in all Districts of the State as well, till December 13, 2019.

Opposition to CAA also stems from other quarters, worryingly including both active and erstwhile militant groupings. On December 8, 2019, former ATTF President Ranjit Debbarma, who is now the convener of the Tripura United Indigenous Peoples Council (TUIPC), [an umbrella organization of the State's surrendered militants] asserted that the Bill would 'violate' the 1993 peace accord  signed between the State Government and the outfit. Debbarma stated,

The peace accord clearly mentions in Section 2(b) that action would be taken in respect of sending back all illegal foreigners who came to Tripura after March 24, 1971, and are not in possession of the valid document authorising their presence. The Bill will also violate Article 14 of the Constitution. It is totally unconstitutional.

The major militant formations of Tripura, ATTF and NLFT, had initially advocated the expulsion of all 'foreigners' in the State who arrived post-September 1, 1956. These demands of expulsion have once again resurfaced.

…By the enactment of the CAB, the Government of India is trying to blanket cover millions of illegal immigrants in Twipra which endanger the very existence of the Boroks and sons of the soil…

Reports indicate that the presently decrepit NLFT-BM is trying to capitalize on the anti-CAA sentiments as the proverbial last straw to revive itself by exploiting the fear of marginalization prevalent among the tribal residents of the State.

Despite its considerable weakening, NLFT-BM remains a concern. Tripura's Additional Chief Secretary Kumar Alok, following the MoS with NLFT-SD in August 2019, noted, "...There might be other people out (of NLFT-SD) there. But we shall deal with them at a later stage". Subir Bhaumik, veteran journalist from Tripura and presently a senior Editor with Dhaka-based bdnews24.com, noted,

Central agencies were negotiating with the entire NLFT leadership, not any faction. The deal was to bring the whole group through mutually agreeable settlement. Now, the news is that a faction of NLFT has come out. It proves that the hard-line group is still left behind. So, the problem is far from over.

Another related and contentious issue is the demand to carry out a National Register for Citizens (NRC) exercise in the State. While tribal groups support the NRC exercise, non-tribal (Bengali) groups remain opposed to such an exercise. On November 22, 2019, a prominent civil society activist and veteran journalist Subal Kumar Dey stated,

We shall not allow NRC like Assam. Tripura has experienced communal riots followed by insurgency since 1980 to 2006 only because (of the) majority and minority complex. We have spent sleepless nights for long to bridge this gap and now the State is peaceful. Again NRC will destroy our hard earned peace and the outfit, which had carried out bloodshed in the name of eviction of Bengalis from Tripura, will be encouraged.

Significantly, the initial round of insurgency was provoked by the influx of refugees from erstwhile East Pakistan (present day Bangladesh), which exacerbated the indigenous population’s minority status in Tripura. There is, consequently, a need to address legitimate fears amongst the tribal residents in the State, and any mishandling of the unrest could take a violent turn, leading to the crumbling of a hard-earned peace. Effective border management will also continue to remain important to curb illegal activities in migration.

Meanwhile, the porous international border with Bangladesh is yet to be completely sealed. According to a September 27, 2019, report, Border Security Force (BSF) officials stated that, out of the 856 kilometre-long Indo-Bangladesh international border (falling in the State) fencing work has been completed along 790 kilometres. Earlier, on May 15, 2018, an unnamed official from State Home Department had conceded, “Tripura’s border areas with Bangladesh in some parts are still unfenced at Sepahijala and Dhalai Districts.” The unfenced border facilitates the movement of militants and drug smugglers.

The State is once more witnessing mobilization along ethnic lines due to CAA, NRC, and the fear of demographic shifts that were, to a certain extent, responsible for past decades of violent insurgency. The SFs successfully degraded the once-dreaded insurgency through a Police-led campaign, and it is incumbent upon the present Government (both at Centre and State) to maintain the peace through a politically inclusive and sensitive response to the current tribal discontent.