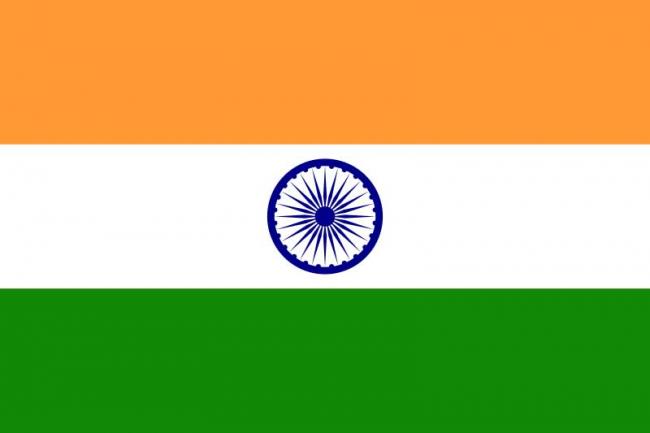 On December 7, 2018, Security Force (SF) personnel killed an ‘area committee member’ (ACM) of the Communist Party of India-Maoist (CPI-Maoist), identified as Vijender, in an encounter at Muler village in Sukma District. Vijender carried a reward of INR 500,000 on his head.

On November 29, 2018, a ‘commander’ of the CPI-Maoist’s ‘Andhra-Odisha-Border (AOB) region’, identified as Gopal, was killed during an encounter with SF personnel in the Dronavalii Forest in Sukma District. Police recovered the body of the slain Maoist along with a pistol and four rounds from the encounter spot.

On November 26, 2018, at least nine CPI-Maoist cadres were killed in an encounter between Maoists and SF personnel near Sakler village under the Kistaram Police Station limit in Sukma District. Two District Reserve Guard (DRG) personnel were also killed in the encounter. Two of the slain Maoists were identified as Tati Bhima and Podiyam Raje, both CPI-Maoist ‘divisional committee members’. Each carried a reward of INR 800,000. The identities of the other slain Maoist are yet to be ascertained. At least 10 weapons, including one self-loading rifle, one .315 bore rifle, Improvised Explosive Devices (IEDs) and ammunition were recovered from the encounter site.

On November 21, 2018, a ‘Military Platoon Commander’ of the CPI-Maoist, identified as Jyothi Muriyami, was killed in an encounter with SF personnel in an area between the Chintalnar and Dondipadar Forests in Sukma District. Jyothi carried a reward of INR 800,000.

According to partial data compiled by the South Asia Terrorism Portal (SATP), at least 56 Maoists have been killed in Sukma District since the beginning of 2018 (data till December 16). During the corresponding period in 2017, 11 Maoists had been killed in the District. Through 2017, Maoist fatalities mounted to 14.

Since its formation on January 16, 2012, the Sukma District has recorded a total of 140 Maoist fatalities (data till December 16, 2018). The maximum number, 56, has been recorded in the current year. The most successful operation of the year, in terms of fatalities inflicted upon Maoists, took place on August 6, 2018, when at least 15 Maoist cadres were killed in an encounter with SFs in the forests between Nalkatong and Durma villages under the Konta Police Station.

On the other hand, SFs have lost 18 of their personnel in the current year so far (data till December 16), as against 41 in the corresponding period of 2017. Through 2017, SFs lost 42 personnel, the highest number of fatalities recorded in this category in the District for any years since the formation if the District in January 2012. Indeed, the Maoists were able to carry out only one major attack (killing three or more SF personnel) in 2018, as against three such attacks in 2017. In two major attacks in rapid succession, the Maoists killed 37 SF personnel: on March 11, 2017, at least 12 personnel of the 219th battalion of the Central Reserve Police Force (CRPF) were killed and another four injured when CPI-Maoist cadres ambushed a road opening party in the dense forests near Kottacheru village under Bhejji Police Station in the Sukma District; on April 24, 2017, at least 25 CRPF personnel were killed and another six injured in an ambush at Kalapattar in the Burkapal area of Sukma District.

The performance of the SFs in the fight against the Maoists has improved noticeably during the current year. The kill ratio of 1:3.29 secured by SFs in 2018 is the second best ever in favour of SFs during the course of a year [though 15 days remain in the current year] since the formation of the District in 2012. The best ratio of 1:3.54 was recorded in 2016 [39 Maoists, 11 SF personnel]. This is a dramatic turnaround, as Sukma has been one of the most challenging Districts in the country, and the overall ratio, between January 16, 2012, and December 16, 2018, remains marginally in favour of the Maoists at 1:1.03 (140 Maoists, 145 SF personnel killed). Sukma has recorded the maximum number of SF fatalities, 145, for any District across India, since January 16, 2012; with Bijapur, also in Chhattisgarh, standing a distant second, with 65; followed by Gadchiroli in Maharashtra with 43 fatalities.

Sukma was carved out of Dantewada as a separate District on January 16, 2012, and is spread over a geographical area of 5635.79 square kilometres, of which around 3,500 square kilometres (more than 75 per cent of its total area) is under forest cover. The forest cover, terrain and geography of the District provide the Maoists distinct tactical advantages, allowing them to establish disruptive dominance over much of the area. In addition, the District abuts the Maoist-afflicted Bastar, Bijapur and Dantewada Districts of the State to the north and west; the highly affected Malkangiri District of Odisha to the east; and the Khammam District of Telangana to the South, making it more formidable challenge for SFs.

The Maoists have triggered at least 17 blasts in 2018 (killing 16 persons and injuring 19) so far, as compared to nine blasts (killing three and injuring 11) during the corresponding period of 2017. There was one more explosion (injuring three persons) in 2017.

Moreover, an October 7, 2018, report suggested that the Telangana Police, which is reportedly monitoring the moves and movements of the Left-wing Extremists (LWEs) in neighbouring States as well, revealed that the Maoists were camping in the Sukma District for the preceding two months, formulating strategies to reorganise and consolidate their movement by inducting a new leadership and cadre from the Dandakaranya Special Zonal Committee (DKSZC) to take on the SFs.

A November 17, 2018, report claimed that intelligence agencies, in an assessment sent to the Union Ministry of Home Affairs (UMHA) had warned that the CPI-Maoist was trying to build new bases and had identified 100 villages along the tri-junction of Chhattisgarh-Maharashtra-Madhya Pradesh for this purpose. Further, Maoist ‘commanders’ active in the Sukma District had held a meeting with villagers, and were contemplating the destruction of a power plant situated at village Penta. They had also urged the villagers to help them (the Maoists) in blocking road construction activities in the area.

Significantly, on November 15, 2018, CPI-Maoist cadres killed a road construction contractor, Hari Shankar Sahu, and set ablaze six vehicles on the under-construction Misma-Chichordguda Road under the Dornapal Police Station limits in Sukma District. Around a dozen armed Maoists stormed the construction site, located about 500 kilometres from the State capital Raipur, and started assaulting labourers directing them to stop work. They attacked Sahu with sharp weapons and fled, leaving him dead on the spot. Before fleeing, the Maoists set ablaze Sahu's SUV and another five vehicles and machines engaged in the road construction work. Three labourers were also injured after being beaten up by the Maoists. Superintendent of Police (SP), Abhishek Meena disclosed, the road was being constructed under the Pradhan Mantri Gram Sadak Yojna (PMGSY), for which the contract had been given to Sahu Mahamaya Buildcon Company owned by Hari Shankar Sahu. Meena disclosed, further, "Sahu was advised by police not to carry out construction work for some time due to security reasons but he ignored the directive and started work on Wednesday (November 14)."

Since its formation on January 16, 2012, the Sukma District has recorded at least 78 incidents of attack targeting road construction activities which has resulted in killing of 44 SF personnel (data till December 16, 2018). On March 15, 2018, Special Director General, anti-Naxal operations, D.M. Awasthi disclosed that Maoists had, for long, tried to disrupt road construction activities in Sukma as they fear that the extension of the road network would directly threaten their dominance. Acknowledging that the Maoists had a strong presence, particularly on the 40 kilometre-long stretch of the track between Kistaram and Chintalnar villages, Awasthi stated, “However, once the security forces gain control over this patch, it would be easy for them to win the war against Naxals in the entire Bastar region, as this forest of Sukma serves as a haven for Maoists, where their military battalion No.1 is active.” He also added that, with SF support, the earthwork of five kilometres of the road on this stretch, between Kistaram and Palodi, has been completed.

SF gains in Sukma have been astounding in the current year, but challenges persist. Sukma is the last surviving Maoist bastions in the country, with much of LWE operational strength intact. Though the Assembly Elections 2018 were a clear win of ballots over bullets in the State, Maoist disruption during the electoral process, was a demonstration of their surviving strength. Very significant security, administrative and developmental consolidation is still needed, if the Maoist threat is to be completely eliminated from Sukma and from Chhattisgarh.