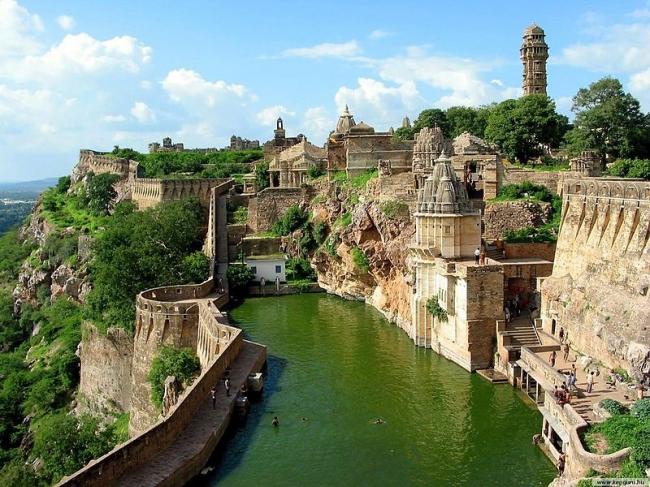 The first phase of polling held on November 12, 2018, in 18 Assembly seats spread across eight Districts recorded a comparable 76.39 per cent polling. During the 2013 Assembly Polls, these 18 Assembly constituencies recorded a 75.53 per cent voter turnout. These 18 constituencies lie in the troubled Bastar Division, where the Maoists conserve the largest proportion of their surviving capacities and operational capabilities.

After completion of both phases of the 2018 Assembly elections, the average voter turnout stood at 76.35 per cent. During 2013, Chhattisgarh had recorded 77 per cent of overall polling.

The high voter turnout despite the Communist Party of India-Maoist's (CPI-Maoist) continuous call to boycott the elections, is a clear manifestation of the Maoists diminishing 'popular support'. The Maoists had called upon voters in the State to boycott the Assembly polls in the State. Among others, Maoist banners written in Hindi were recovered from forests in the Bastar region on October 30, 2018, declaring,

Also, on October 22, 2018, the CPI-Maoist had called upon the people in the villages of Chhattisgarh, through posters and pamphlets which surfaced at different places in Dantewada District, to chase away Bharatiya Janata Party (BJP) candidates in the ensuing Assembly elections. Describing the BJP as an anti-people, anti-national and Hindu fascist party working for the benefit of corporate houses, the Maoists wanted the party to be rejected and elections boycotted. Similarly, the Maoist party asked voters to question the leaders of other political parties in people’s courts. The pamphlets appealed to the people to support the ‘true democratic’ Janatana Sarkar ('people's government' unit) for a peaceful life without repression by the Security Forces (SFs).

Significantly, only one incident of killing was reported from the 19 Districts that went to the polls in the second phase, between October 6, 2018, the date of notification, and November 20, the election date. On October 30, 2018, a 65-year-old villager was killed in a pressure bomb explosion triggered by cadres of the CPI-Maoist near Nawadih village under Samri Police Station limits in Balrampur District. On October 6, 2018, the Election commission had notified the two-phase polls to be held on November 12 and November 20, 2018. In the second phase, Districts like Gariabandh, Dhamtari, Mahasamund, Kabirdham, Jashpur and Balrampur were identified by the Ministry of Home Affairs (MHA) as Maoist-affected areas. Apart from the lone killing incident in Balrampur, no other Maoist-linked violent incident was reported from the 19 Districts, including these six, which went to polls on November 20.

The first phase of elections held in the eight Districts of Bastar Division [Bastar, Bijapur, Dantewada, Kanker, Kondagaon, Narayanpur, Rajnandgaon and Sukma] witnessed significant violence – 23 killings in 21 incidents of killing, between October 6, 2018, the date of notification and November 12, the date of polling. Since November 13, the region has already recorded another 12 killings (two civilians, one SF trooper and nine Maoists). In the most recent incident on November 25, 2018, a CPI-Maoist cadre was killed in an encounter between SFs and Maoists in a forest between Nilamadgu and Korinjed areas in Bijapur District. During the 2013 elections, these eight Districts had accounted for 10 fatalities (one civilian, four SF personnel and five Maoists) during the notified election period.

The troubled Bastar region remains the locus of Left Wing Extremism (LWE)-linked violence, and is the primary challenge for the State. It is the worst affected region of the country, with the eight Districts of the Bastar Division accounting for 949 LWE-linked fatalities — 98.55 per cent of fatalities recorded in Chhattisgarh, and 44.40 per cent of the fatalities recorded across the country since September 21, 2004, according to the SATP database (till November 25, 2018).

Irrespective of the outcome of the elections, the voter turnout – much higher than averages for most peaceful areas of the country, and comparable between the highly affected Bastar Division constituencies and the rest of Chhattisgarh – demonstrate the rejection of the Maoist boycott, and the centrality of the democratic process to popular aspirations even in areas that remain highly affected by the conflict, and where voting entails significant risk of retaliation by the Maoists. Challenges will remain for the new State Government, to be formed soon after the counting of votes scheduled to take place on December 11, 2018; but, irrespective of the partisan outcome, a fundamental victory for democracy has already been recorded.
Related Images