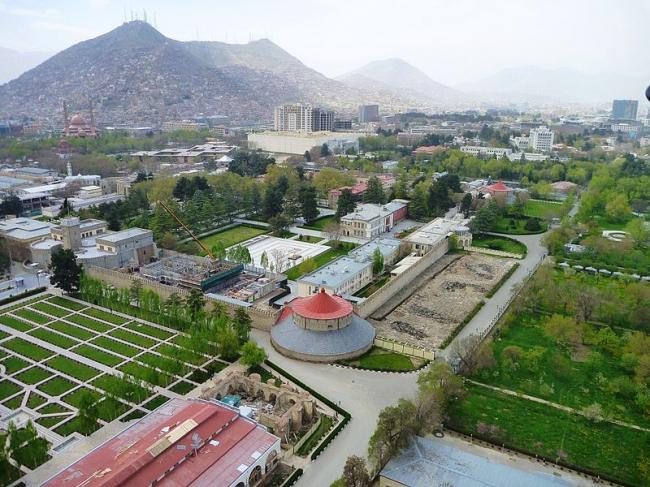 On September 15, 2018, thousands of Grand National Coalition of Afghanistan (GNCA) supporters closed the provincial offices of the Independent Election Commission (IEC) in Herat, Balkh and Kandahar Provinces after the Government and the IEC failed to positively respond to their demands. On August 10, 2018, GNCA set a 10-day deadline for a response from Government to meet their demands, including the use of a biometric system for elections, a change in the election system and a transparent poll across the country. GNCA also warned that it would close the IEC offices in Nangarhar, Kunduz, Bamiyan, Panjsher, Faryab and Jawzjan Provinces, if their demands were not met.

Meanwhile, condemning the GNCA’s move for forcing the closure of election offices in certain provinces, IEC Chief Gula Jan Abdul Badi Sayad, on September 16, 2018, urged the Government to take necessary precautions to ensure the security of the election workers in the provincial offices of the Commission. Similarly, calling on Government leadership to take tough action against those who are trying to derail the election process, Abdul Aziz Aryayee, Chairman of the Independent Electoral Complaints Commission (IECC) stated, on September 19, 2018, “Those who are sabotaging the process must be identified; the Afghan Government shouldn’t remain silent.”

Amid growing complaints over the Government’s “lack of commitment” to holding transparent Parliamentary Elections scheduled for October 20, 2018, President Ashraf Ghani on August 7, 2018, issued a decree to prevent any interference in the election process and to ensure that elections are held in a safe and transparent environment. According to the decree, the security forces have the responsibility of maintaining the security of voter registration centers and will prevent the entrance of irresponsible and armed individuals into the centers. The decree also asks Government officials and employees to avoid making use of facilities in favor of any particular candidate and to eschew any form of interference in the election process.

On September 16 2018, the IEC issued the preliminary voters’ lists for Sar-e-Pul, Zabul, Panjsher and Farah Provinces. According to the IEC, work is underway to finalize the voters’ lists for another ten Provinces. IEC commenced voter registration in the provincial capitals on April 14, 2018, and ended the process on July 27, 2018. After that, the IEC announced that around 9.5 million voters had been registered, of which 34 per cent were women. The Commission also began digitizing its records to create a single voters’ list that could be checked for duplication and disaggregated by polling station. Further, in order to remove the concerns of the public and political parties about fraud during the election process, Dr. Abdullah Abdullah, National Unity Government (NUG) Chief Executive Officer (CEO), stated that biometric data of voters was important for the elections, and that IEC would announce the procedure for using voters’ biometric data in the ‘near future’.

However, at an event on September 1, 2018, GNCA leaders displayed thousands of fake national identity cards and voter stickers. Photos of Government officials, influential figures and MPs were used in the fake identity cards. For example, the photo of Abdul Jabbar Qahraman, an MP from Helmand Province was used for five ID cards with stickers on them. As a consequence, slamming the Government and the IEC for their shortcomings regarding the upcoming Parliamentary Elections, Gulbudin Hekmatyar, leader of GNCA and Hezb-e-Islami, noted on September 11, 2018, “The Government is moving in a wrong direction and the Independent Election Commission has adopted an unfair approach, emphasizing that the commission is offering an irrelevant justification for the embarrassing fraud in the elections.” He also claimed that voter stickers have been printed with an aim to commit fraud in the elections. Further, on September 18, 2018, accusing the Government of trying to favour Ahmad Zia Massoud, Chief Executive of the GNCA, Hekmatyar asserted, “Government is now planning fraud in the elections so that it can send its representatives to the House of Representatives. It wants those representatives in the Parliament who would serve Government so that it can apply its orders in line with its demands.”

Worse, a number of candidates have been killed around the country over the past few months, raising concerns over the safety of candidates. On September 2, 2018, Anwar Niazi, a parliamentary candidate from the Parwan Province was killed in Kabul in an IED explosion. On August 25, 2018, Jalal Salehi, a candidate from Kabul, was killed in Kabul’s Shakar Dara District. On July 30, 2018, another Nangarhar candidate, Hayatullah Khan Rahmani, was killed when a suicide bomber targeted him in Rodat District in the Province. Another candidate, former member of the Ghazni Provincial Council, Sayed Obaidullah Sadat, was killed in Ghazni city on July 14, 2018, by unknown armed men. On July 1, 2018, the Afghan Sikh and Hindu community leader, Ottar Singh Khalsa, who was running for parliamentary elections, was killed in a suicide attack in Jalalabad city in Nangarhar Province. While these incidents were widely reported, no official source has released details on the exact number of candidates targeted.

On September 13, 2018, at a gathering in Kabul, election watchdog Transparent Election Foundation of Afghanistan (TEFA) Chief Mohammad Naeem Ayubzada warned that the security problems would pose a major challenge to the elections and that necessary technical and operational preparations for the upcoming Wolesi Jirga polls remained inadequate. Separately, on September 14, 2018, a survey conducted by the Afghan Institute of Strategic Studies (AISS) showed that people’s trust in the IEC was slightly greater compared to the past, but was still not adequate. The survey shows that 45 per cent of 1,305 interviewees in 13 provinces said they were happy with the IEC, while 45 per cent were “not satisfied”. 10 percent of interviewees gave no clear response.

Highlighting Afghanistan’s ongoing political developments, security and election process, United Nations (UN) Secretary General António Guterres submitted the quarterly report  on Afghanistan to the UN Security Council on September 10, 2018. According to the report, Afghanistan’s mainstream political parties and political movements have intensified their efforts for reform of the election system ahead of the October Parliamentary Elections. Separately, voicing his concern at security and the political challenges to Afghanistan’s Parliamentary Elections, on September 17, 2018, the United Nations Assistance Mission in Afghanistan (UNAMA) Chief Tadamichi Yamamoto, while briefing the UN Security Council regarding the situation in Afghanistan, cautioned, “Operationally and technically, the preparations are on track. Yet I remain very concerned that political challenges could jeopardize the tight timelines and derail the elections unless all political leaders engage constructively and peacefully to ensure that elections are held on time. Security is also a serious concern.”

On the other hand, expressing grave concern at the increasing activities of the Islamic State (IS, formerly, Islamic State of Iraq and al Sham, also Daesh) militants in Afghanistan, on September 17, 2018, Vassily Nebenzia, Russian Ambassador to the UN observed during a meeting of the UN Security Council, "According to our information, the number of ISIL adherents may reach 10,000 individuals." Contacts between Daesh and representatives of the Islamic Turkistan Movement had also intensified, the envoy asserted, urging joint regional and international action against the outfit. Meanwhile, US Country Reports on Terrorism 2017 released on September 19, 2018, claimed that Afghanistan continued to experience aggressive and coordinated attacks by the Taliban other insurgent and terrorist groups through 2017. The reports further claimed that the Pakistani Government had vowed support to the peace talks between the Afghan Government and the Taliban, but did nothing to restrict the Taliban and Haqqani network from operating from Pakistan-based safe havens and attacking US and Afghan forces in Afghanistan.

The Taliban remains tremendously disruptive. According to the 40th Quarterly Report of Special Inspector General for Afghanistan Reconstruction (SIGAR), as of May 15, 2018, there were 229 Districts under Afghan Government control (74) or influence (155), 56.3 percent of the total number of Districts in the country. This represents no change in District control since the preceding quarter, but is a slight improvement over the 57 per cent reported in May 2017. The number of contested Districts - controlled by neither the Afghan Government nor the insurgency – has, however, increased by three in the quarter under review, to 122 Districts, with 30 per cent of Afghanistan’s Districts now in the ‘contested’ category. 14 per cent of total Afghanistan Districts remained under Taliban control as per SIGAR'S 39th Quarterly Report. The situation remained unchanged as per the 40th Quarterly Report.

Voter registration has long been a weak point undermining the integrity of Afghan elections. In the 2014 election, there were an estimated 23 million voter cards in circulation for a total of around 12 million voters. To get rid of the fake and duplicate voter cards, the National Unity Government Agreement was signed on September 21, 2014, between Ashraf Ghani and Abdullah Abdullah. However, there are already credible complaints by candidates and observer groups about the new voters’ lists. A bad voters’ list will not only undermine the credibility of the Parliamentary Election slated for October 20, 2018, but also of the politically more significant Presidential Election slated for April 20, 2019. The growing disorders of Afghanistan can only be worsened if trust in the democratic process is undermined.