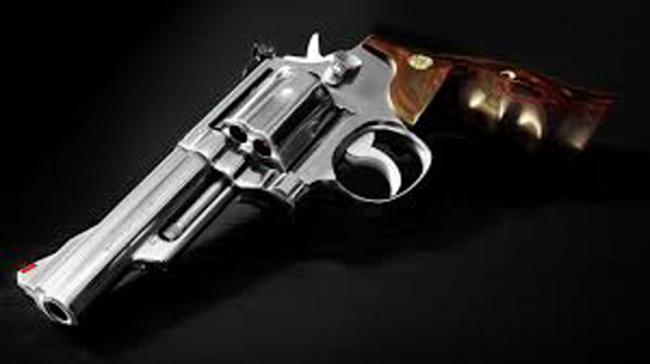 On May 28, 2018, three cadres of the Tritiya Prastuti Committee (TPC), a splinter group of the Communist Party of India-Maoist (CPI-Maoist), were killed in an encounter with the Security Forces (SFs) near Dundur Hillock under Chhaterpur Police Station in Palamu District. Commenting on the encounter, Superintendent of Police (SP) Indrajit Mahatha disclosed, “Three ultras have been gunned down. Two dead bodies, along with two AK-47 rifles, have so far been retrieved.” The identities of the slain cadres were yet to be ascertained.

Earlier, on January 11, 2018, two TPC ‘commanders’ were killed in an encounter with a joint team of the Hazaribagh District Police and troopers of the 22nd battalion of the Central Reserve Police Force (CRPF) at Konai Khurd village under Padma Police Station in Hazaribagh District. SFs recovered one AK 47 rifle, one INSAS (Indian Small Arms System) assault rifle, and 200 rounds of live ammunition.

Partial data collated by the South Asia Terrorism Portal (SATP) says that the SFs have killed at least five TPC cadres in the current year so far (data till June 3, 2018). In a departure from past trends, TPC has not lost any cadre in factional clashes in 2018. During the corresponding period in 2017, SFs had eliminated one TPC cadre while another 10 were killed in factional clashes. No TPC cadre was killed in the remaining period of 2017 (either by SFs or in factional violence).

Since its formation in 2002, TPC has lost 64 cadres – 38 killed CPI-Maoist militants, 14 killed by SF personnel, seven killed by cadres of other Left Wing Extremist groups operating in the State, four killed in internecine clashes and one lynched by villagers. The last of these occurred on August 23, 2010, when an unspecified number of TPC cadres had reportedly gone to Salgi village in Ramgarh District to collect extortion money. The villagers confronted and lynched one of them, while others managed to escape.

TPC suffered its first loss on April 9, 2007, when eight TPC cadres were killed in a clash with around 100 CPI-Maoist militants near Bhadgao under the Balumath Police Station in Latehar District.

May 21, 2017: Seven TPC cadres were killed in an exchange of fire with CPI-Maoist cadres in Keredari area of Hazaribagh District.

March 24, 2017: Three TPC cadres were killed in a clash with cadres of the CPI-Maoist at Seeta Chuan under Mohammadganj Police Station in Palamau District.

August 9, 2014: At least 14 TPC cadres were killed by the Maoists at Choti Kauriya village under Vishrampur Police Station limits in Palamu District.

September 22, 2009: Three TPC cadres were killed and another three were arrested by SFs during an encounter in the Kumbha Begwari village of Hazaribagh District.

Of the 60 TPC cadres killed at least nine were ‘commander’ level leaders (three killed by SFs and the remaining six by the CPI-Maoist). Another, 126 TPC cadres have been arrested by SFs, including at least 34 at the ‘commander’ level, while one ‘commander’ surrendered during this period (since April 2007). On November 29, 2017, Roshan aka Ajay Prasad Sao, a TPC 'commander', surrendered with his weapon before the Jharkhand State Police in Latehar District.

TPC has not been found involved in killing of any SF personal so far, though it has inflicted 16 civilian fatalities (between October 21, 2007 and June 3, 2018). The first incident of civilian killing by TPC was reported on October 21, 2007, when TPC cadres shot dead a local Congress party leader, Ram Narayan Yadav, at Mangalpu in Palamau District.

TPC, literally, the Third Proposal Committee, was founded by Brajesh Ganjhu aka Sardar ji, a former CPI-Maoist cadre in Lawalong area in Chatra in 2001, and formally constituted in 2002, after a number of cadres of the CPI-Maoist in Jharkhand walked out of the parent formation, complaining of the domination of the Yadav caste in the decision-making process. TPC cadres were mostly from the Dalit (Scheduled Caste) Bhokta, Turi, Badai, Oraon, and Ghanju castes. TPC has its strongholds primarily in the Latehar, Chatra and Palamu Districts of Jharkhand. However, on July 6, 2007, TPC claimed that it had expanded its organisation across Jharkhand. In an interview, Girij, the group's 'sub zonal commander' for Palamau District, claimed that the outfit had established units in each of Jharkhand's 22 Districts, declaring,

Our main enemy is not the Police machinery, but the CPI-Maoist. They have diverted from their original principle and are involved in petty activities. And to successfully wage armed struggle against the Maoists, there is an imperative need to strengthen our own organisation. The results of our expansion would give us positive results in near future.

TPC has made its presence felt in Bihar as well. On April 9, 2017, suspected TPC cadres raided the construction site of Gas India Limited (GAIL), the agency engaged in laying gas pipeline passing through the Gurua Police Station area of Gaya District, Bihar, and 'ordered' stoppage of work due to the company's failure to pay the 'levy' demanded. Earlier, on March 1, 2017, the TPC 'zonal commander' Anil Kushwaha aka Rakesh Mishra and 10 cadres killed one Jitendra Kharwar (18) over delay in serving them food in the Rohtas District of Bihar.

It is widely believed that TPC was originally formed as a state proxy, to help neutralize the activities and influence of the dominant CPI-Maoist. On August 4, 2014, the then Jharkhand Chief Minister (CM) Hemant Soren had claimed, on the floor of the Assembly that it was the Police that created TPC as well as the PLFI:

It is our system which creates such organisations. It was Ram [former Director General of Police V.D. Ram] who formed TPC and PLFI in 2004. It is the system we have! We all have to work collectively and not just blaming the Government of the day or policemen is going to help (sic).

The then officiating State Chief Secretary Sajal Chakraborty on May 18, 2014, observed that Jharkhand's Left Wing Extremism issue was a "threat blown out of proportion" because criminal acts committed by splinter groups without ideological moorings simply inflated the number of violent incidents. The State Government has argued that CPI-Maoist alone should be retained on the Left Wing Extremist list, while splinter groups like TPC, PLFI, JPC, JSJMM, Sashastra People's Morcha (SPM), Revolutionary Communist Centre (RCC), and JJMP should be dropped, and treated merely as criminal gangs.

Unlike the Maoists, the various other armed groups operating from our jungles like People's Liberation Front of India (PLFI) and Tritiya Prastuti Committee (TPC) have no ideology. They extort money and indulge in violence. They do not deserve mercy and needs tough treatment.

A November 2007 assessment by the Jharkhand Police put TPC cadre strength at 70. An April 5, 2013, media report had claimed that TPC had a cadre strength of around 500 and was growing in strength. There is no further information available about the strength of the outfit. According to a January 11, 2016, report TPC ‘chief’ Brajesh Ganjhu filed his nomination in the name of Gopal Singh Bhokta for election as a Panchayat Samitimember from Lawalong Panchayat in Chatra District. His mischief went undetected and he was elected unopposed. Later, when it was discovered that the elected member was none other than the TPC ‘chief’ himself, his election was declared null and void. During this period he kept away from TPC activities and pushed forward the name of his close aide Mahendra Singh Khariwar, to carry on with TPC activities and made him the ‘titular chief’. Ganjhu’s name figures in the list of ‘Rewarded Naxal/Criminals’ with INR 2.5 million in head money declared by the Jharkhand Police. The leadership structure of the outfit is divided into ‘zonal chiefs’, ‘sub-zonal chiefs’, ‘district chiefs’ and ordinary cadres.

TPC activities are more akin to an organized crime gang than any ideologically driven movement. The group carefully avoids confrontations with SFs and engages with them only if no other option is available. Its primary concern is extortion from contractors, businessmen, government employees and any one they can lay their hands on. Coal traders in Districts including Latehar are also specifically targeted by the outfit for extortion. Though TPC has been involved in stray incidents of damaging economic infrastructure, they target contractors, their employees and construction equipment only when extortion demands are not met.

SFs have succeeded in containing the TPC menace and an encouraging measure of dominance has been established. Surviving stragglers are now being targeted by sustained SF action and the group has little hope of recovering significant strength.