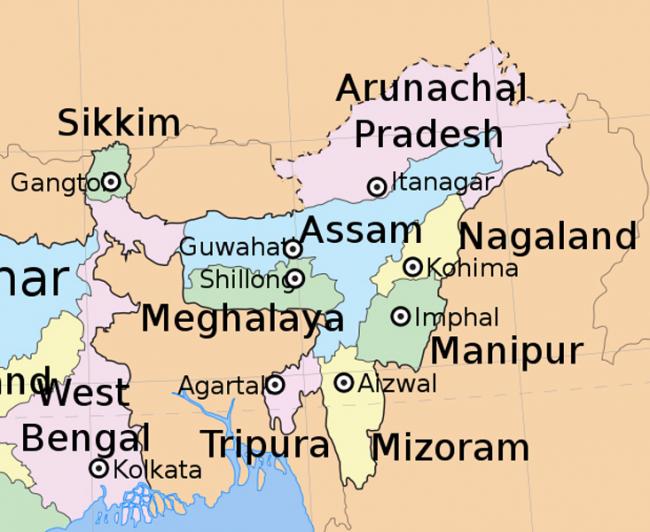 The Union Government and seven Naga militant groups are, according to an April 25, 2018, news report, said to have finalized the substantive portions of the peace accord, which is likely to be signed before the upcoming monsoon session of Parliament scheduled to begin in July 2018. Unnamed official sources stated that the accord does not change the boundary of States; provides autonomous Naga territorial councils for Arunachal Pradesh and Manipur; a common cultural body for Nagas across States; specific institutions for Nagaland’s development, integration and rehabilitation of Naga militants; and the removal of the Armed Forces (Special Powers) Act-1958 (AFSPA). The Government of India's interlocutor on Naga talks, Joint Intelligence Committee Chairman, R.N. Ravi, was quoted as stating, “Yes, we are pretty close to finalising the (Naga Peace) Accord”.

Three of these groups had signed SoO/ceasefire-agreement before joining the peace talks: NSCN-IM, NSCN-NK and NSCN-R. The Union Government signed a ceasefire agreement with NSCN-IM on July 25, 1997, which came into effect on August 1, 1997. Later, NSCN-IM signed a ceasefire agreement for an indefinite period on July 31, 2007. A ceasefire agreement with NSCN-NK (earlier known as NSCN-KK) was signed on April 27, 2012, and with NSCN-R on April 27, 2015. The other four groups were not found involved in violent activities and hence were not required to sign any SoO/cease-fire before joining talks. Further, as members of NNPG they have resolved 'not to betray each other in the manner of instability and untrustworthiness'.

Another 36 militant formations, once active across different states of the Northeast, are presently engaged in talks with the Government after signing the SoO/cease-fire on separate occasions earlier. These include 23 Manipur-based groups  and 13 Assam-based groups.

The 23 Manipur-based militant groups are engaged in talks under the aegis of two umbrella organizations: the Kuki National Organisation (KNO) and the United Peoples Front (UPF). The KNO comprises of 15 groups, while the UPF has eight constituents. The KNO and UPF together recently placed a written demand for a Territorial Council for the Kuki tribe before A.B. Mathur, the Union Government’s interlocutor for the negotiations, during talks held in Delhi on January 10, 2018.

The 13 Assam-based groups are at different stages of talks. Referring to the status of talks with the United Liberation Front of Asom – Pro Talks Faction (ULFA-PTF), Additional Director General of Police-Special Branch (ADGP-SB) Pallab Bhattacharya observed on December 16, 2017, “The peace talk is going towards the right direction. And the process will speed up after the draft NRC [National Register for Citizens] publication”. The same view was also expressed by ULFA-PTF 'chairman' Arabinda Rajkhowa, who stated that the deliberations were at the last stage.

However, according to an October 20, 2017, report, 'general secretary' the Pro-Talks faction of the National Democratic Front of Bodoland (NDFB-PTF) Gobinda Basumatary claimed that talks had not made much headway, adding, “We have felt that the Centre lacks sincerity towards the ongoing peace process. It is really unfortunate that the peace talks have not progressed at all. We are particularly disappointed that, after the NDA government came to power, the parleys have not made any headway.”

The latest rounds of talks with Ranjan Daimary led NDFB-RD took place on August 25, 2017. Later, on December 11, 2017, a trial by a fast track court was initiated against Ranjan Daimary in the serial blasts case of October 30, 2008, in which he is a prime accused. This infuriated Daimary, who declared, on the day the trial began, “We have apprised the government that it may not be possible to continue peace talks and the fast-track trial simultaneously. We have requested them to give it a rethink. We are hoping for a positive response from the government,"

The talks with Karbi Longri North Cachar Hills Liberation Front (KLNLF) appear to have reached a standstill as well. Rijak Dera, the group’s 'publicity secretary', stated, on February 11, 2018, that the KLNLF has completed 55 rounds of talks, both formal and informal, with the Government of India. He, however, claimed that, “The lack of seriousness on the part of the Central government is due to regular changing of interlocutors for peace talks between the KLNLF and the government.”

The five Adivasi groups – Adivasi People’s Army (APA), Adivasi Cobra Military of Assam (ACMA), Birsa Commando Force (BCF), All Adivasi National Liberation Army (AANLA), Santhal Tiger Force (STF) – are negotiating under the banner of the Adivasi National Convention (ANC), with a principle demand of granting Scheduled Tribe status within the State, and a settlement for the militant groups. The latest round of talks was held in New Delhi on April 24, 2017. The Union Government had set up a committee to examine the proposal. No further progress has been reported.

The status of talks with the remaining four outfits is not known.

A MoS for the creation of the Bodoland Territorial Council (BTC) was signed at New Delhi on February 10, 2003, between the representatives of the Union Government, Assam Government and a BLT delegation.

A MoU was signed with the NLFT-NB on December 17, 2004. Under the provisions of the MoU, a Socio-Economic package of INR 646.3 million was given for tribal welfare and development, as well as for the rehabilitation of the old militant formations.

On September 24, 2014, the MoS was signed between the Union Government, the Meghalaya State Government, and the A'chik National Volunteer Council (ANVC) as well as its breakaway faction (ANVC-B).

On December 15, 2018, the MoS was signed between the Meghalaya State Government and the United A'chik Liberation Army (UALA).

On April 2, 2018, the Mizoram Government and the H. Zosangbera faction of the Hmar People's Convention-Democratic (HPC-D-Zosangbera), after six rounds of talks, signed a MoS at the State Guest House in the State Capital Aizawl. The talks began on August 10, 2016.

Worryingly, some of the groups which had joined talks with the Government have split (some of them multiply) after they joined the talks process. Prominent among these was ULFA, which split into two: ULFA-PTF and the anti-talks faction (ULFA-ATF), later rechristened as the Independent faction of ULFA (ULFA-I). NDFB splintered into NDFB-PTF and NDFB-RD [Ranjan Daimary]. Later, NDFB-RD split with the formation of the I.K. Songbijit faction (NDFB-IKS) under the leadership of I.K. Songbijit [now known as Saraigowra faction].  A splinter group of the United People's Democratic Solidarity (UPDS) formed under the designation KLNLF, which itself faced split leading to formation of the Karbi People's Liberation Tigers (KPLT).

There is also the unique case of the Khaplang faction of NSCN (NSCN-K) which unilaterally abrogated the cease-fire on March 27, 2015, asserting that there was “no use extending ceasefire without discussing the issue of Naga sovereignty”. Significantly, the ceasefire had lasted almost 14 years, having been signed on April 28, 2001. The Government failed to initiate a substantive dialogue with the outfit through this period. The NSCN-K also split during and after the abrogation of the, into the include Khole-Kitovi faction (NSCN-KK, subsequently rechristened as NSCN-NK), and NSCN-R.

NSCN-K, along with some splinter groups of major insurgent formations including ULFA-I, NDFB-IKS, and the Coordination Committee (CorCom) which comprises of six Manipur based insurgent groups] are now violently active and primarily responsible for the residual threats in the region. Past experience indicates that many of the militant formations which joined peace processes were first softened militarily. The Government is, consequently, likely to continue with security operations in the region, while keeping the door open for talks. Efforts are also made to bring entire groups to the table, rather than individual factions, so that no new group emerges. There is, nevertheless, urgent need to telescope protracted negotiations, so that the frustration among groups in various peace processes do not boil over into splits and renewed violence.