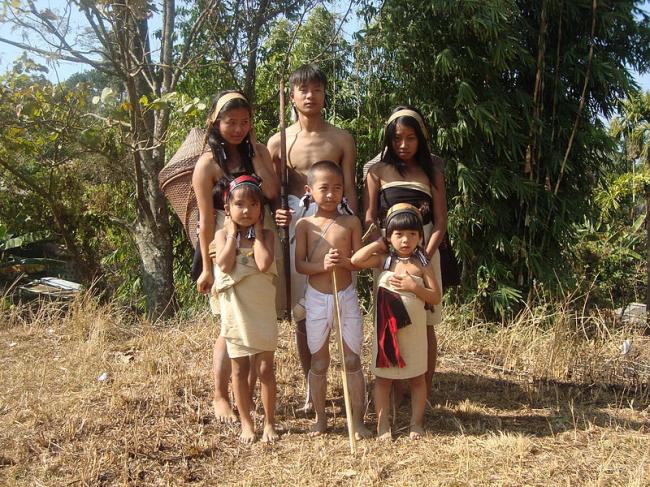 For the second consecutive year, Mizoram did not record a single insurgency-related fatality in 2017.    Significantly, the last such fatality in the State was recorded on March 28, 2015, when three Policemen were killed in an ambush by cadres of the Democratic faction of Hmar People’s Convention (HPC-D) near Zokhawthiang in Aizawl District. The last civilian fatality was recorded on October 15, 2014, when the bodies of two non-tribals were found near the Tuikhurhlu area in Aizawl District. The last militant fatality was recorded on February 26, 2008, when a Kuki Liberation Army (KLA) militant was killed in a factional clash in the State capital Aizawl.

The last insurgency-linked incident was reported from the State on April 16, 2017, when three Bru Democratic Front of Mizoram (BDFM) cadres were arrested from Lawngtlai District. These cadres were reportedly trying to enter Mizoram from Bangladesh. Two AK-47 rifles and 39 rounds of ammunition were also recovered from the arrested militants.

Since 1992 (SATP data is available since then), the State has recorded 49 insurgency-related fatalities, including 15 civilians, 25 Security Force (SF) personnel and nine militants (data till February 18, 2018), an average of less than two fatalities per year, underlining the enduring peace in the State. Significantly, Mizoram witnessed two decades of insurgency between 1966 and 1986. It ended with an accord signed on June 30, 1986, between the Government of India, Mizoram Government and the rebel Mizo National Front (MNF).

Thereafter, two major Mizoram-based insurgent groups – the Bru National Liberation Front (BNLF) and Hmar People's Convention-Democracy (HPC-D) have become dormant. Peace talks between the Mizoram Government and BNLF began on September 7, 2001. At least 12 rounds of talks were held between 2001 and 2005. Finally, the Mizoram Government and BNLF signed a Memorandum of Understanding (MoU) on April 26, 2005. Subsequently, on July 25, 2005, at least 195 BNLF cadres, including the outfit's ‘president’ Surjya Moni Reang and ‘general secretary’ Solomon Prophul Ushoy, surrendered. No BNLF related incident have been reported from Mizoram thereafter.

Meanwhile, five rounds of official level talks have been held between HPC-D and the Mizoram Government since August 10, 2016. On February 5, 2018, Mizoram Home Minister R. Lalzirliana disclosed that the State Government would hold the next round of talks with HPC-D on March 5, 2018, though he cautioned that they were not sure whether both sides would be able to settle all issues within the month of March. The main issues involve greater autonomy to the Sinlung Hill Development Council (SHDC), as well as financial aspects, including proposals for rehabilitation and resettlement of HPC-D militants, after they lay down arms in the event of an agreement being signed. SHDC was created in accordance with the 1994 Accord signed between the Mizoram Government and HPC, the parent outfit of HPC-D.

BDFM, which operates out the jungles in Bangladesh, had a presence in the Mamit District of Mizoram, in the Mizoram-Bangladesh-Tripura border area. It operated in connivance with the Tripura-based National Liberation Front of Tripura (NLFT). State Home Minister Lalzirliana had informed the State Assembly on November 17, 2014, that at least 10 alleged militants involved in the abduction of at least 31 people in nine separate incidents within Mizoram over the preceding four years (2010 and 2014) were arrested. Seven of the 10 arrestees belonged to BDFM, while the remaining three belonged to two other outfits:  two to NLFT and one to the Assam-based United Democratic Liberation Front of Barak Valley (UDLFBV). There are no further reports available relating to BDFM activities in Mizoram or elsewhere, thereafter.

Despite the enduring peace, the process of Bru resettlement has still not been completed. About 30,000 Brus (5,000 families) had fled from Mizoram to Tripura in the wake of ethnic clashes with the dominant Mizos in September 1997. In 2016, the number of refugees was revised to 32,857, drawn from 5,413 families. According to the Union Ministry of Home Affairs (UMHA), as on March 31, 2017, about 1,622 Bru families (approximately 8,573 persons) have been repatriated and resettled in Mizoram.

On January 29, 2018, the Mizoram Government stated that they will start repatriating Brus from six relief camps in neighboring Tripura from the first week of March 2018. GoI has released INR 79 million as the first installment for repatriation expenditure; the State Government estimated that over INR 123 million would be required for the purpose. Earlier the proposed repatriation date had been set for November 2017. However, on October 6, 2017, the Mizoram Government declared that it was not ready to begin repatriation and postponed the process to December 2017. The date was again rescheduled to March 2018. The reason for the postponement, as cited by a State Government official, was that UMHA had not released funds meant for repatriation.

Meanwhile, according to February 5, 2018, report, the Mizoram Bru Displaced People Forum (MBDPF), the apex body of Bru refugees lodged in six relief camps in Tripura, had submitted a memorandum to the Prime Minister and Union Home Minister claiming that refugees had not received cash assistance from the Government since July 2017. The MBDPF also raised other demands, including allotment of a minimum of five acres of land to each family after repatriation to Mizoram, and a ‘resettlement package’ of INR 1.5 million per family.

Additional worries came to the fore during 2017, when the influx of Myanmarese nationals begun in May, in the aftermath of the violence in neighbouring Myanmar (which borders Mizoram). On May 19, 2017, nearly 300 Myanmarese nationals crossed over from Myanmar after clashes between Arakan Army (AA) cadres and the Myanmar Army. The refugees were, however, sent back to Myanmar two days later, on May 21, 2017.

Providing further details on the influx, State Home Minister Lalzirliana disclosed, on November 15, 2017, that 400 people from the Arakan region in Myanmar had entered Mizoram after further clashes between AA and the Myanmar Army. By the first week of December, the number had swelled to 1,600. The refugees were staying in four villages identified as Laitlang, Dumzautlang, Zochachhuah and Hmawngbuchhua of Lawngtlai District. Further, on December 7, 2017, Arun T, Deputy Commissioner (DC) of Lawngtlai District stated that registration of 1,600 Myanmarese nationals had already taken place. More recently, on January 22, 2018, Superintendent of Police (SP, Lawngtlai District) Lalsanglura stated that over 1,400 of these Myanmarese nationals have refused to return to Myanmar, even though the fighting between Myanmar Army and AA had died down.

The spillover of the violence in Myanmar resulted in two deaths in Mizoram. An Indian national, identified as Jitua Tongchongya, was wounded in a mine explosion in the Lawngtlai District of Mizoram near pillar number two along the Indo-Myanmar border on January 15, 2018. Later on January 18, 2018, another individual, identified as Khusoma, was wounded in a landmine explosion in the same District and later died on January 19. Police suspects that both blasts were caused by landmines that were possibly planted in the jungle by Myanmar Army personnel or AA insurgents. Later on January 25, 2018, it was reported that the Bomb Disposal Squad of Assam Rifles had been deployed along the border after the two incidents. On February 15, 2018, the Bomb Disposal Squad defused a landmine which had allegedly been planted by AA.

In a further complication, according to statistics provided by the Mizoram Excise and Narcotics department, 60 people died of drug abuse in 2017 (till December 14) as against 59 people in 2016. The number of such deaths stood at 27 in 2015 and 38 in 2014. Between 1984 and 2017 (till December 14), at least 1,462 people have died of drug abuse in the State. According to the Mizoram Excise & Narcotics Department Commissioner, between 2010 and 2017 (till July 21), at least 3,318 people have been arrested under the Narcotic Drugs and Psychotropic Substances (NDPS) Act.

Although Mizoram has been at peace since 1986, it continues to grapple with problems related to Hmars and Brus. Rampant drug abuse is adding to the State’s worries. In the meantime, developments through 2017 and in the early days of the current year along the border with Myanmar raise new concerns. Minor irritants have been allowed to linger on for much too long, and it is time for the State and Union Governments demonstrate a greater sense of urgency in addressing these.