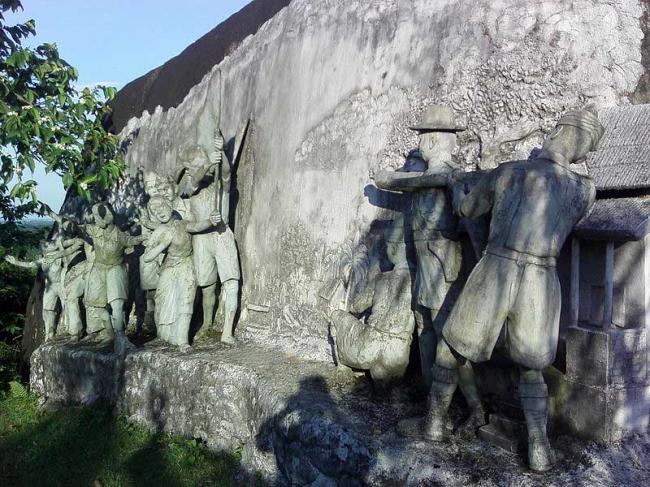 On February 5, 2018, Security Forces (SFs) killed a militant of the Saoraigwra faction of the National Democratic Front of Bodoland (NDFB-S), ‘platoon commander’ Jordan Narzary, in an encounter at Belguri village in the Chirang District of Assam. A 7.62 mm pistol, along with one magazine and two rounds of live ammunition, was recovered from the possession of the slain militant.

On January 7, 2018, SFs killed a NDFB-S militant, Ricardo Hazuary aka Rekhai, in the Akshiguri area of Kokrajhar District.

No civilian or SF fatalities have been registered in the State in 2018, so far (data till February 11, 2018). During the corresponding period of 2017, Assam recorded, according to partial data compiled by the South Asia Terrorism Portal (SATP), a total of four insurgency-related fatalities (two SF personnel and two militants).

More significantly, the State registered the lowest insurgency-related fatalities since 1992 [the year from which SATP data is available]. Over the years there has been a cyclical trend  in total fatalities, with a peak of 783 (531 civilians, 72 SF personnel, and 180 militants) in 1998.

For the first time, since 1992, fatalities in the civilian category (five), one of the primary indices of the security situation in conflict zones, fell to a single digit in 2017. The low number of 10 in this category was recorded in 2015. At its peak, Assam recorded 531 civilian fatalities in 1998.

Nine militants surrendered in 2017, adding to 15 in 2016. One of the most prominent surrenders  was that of the 'commander-in-chief' of the National Socialist Council of Adivasis (NSCA), Jharu Lohar aka Horen Karmakar, who surrendered before the Police in Sonitpur District on February 7, 2017. Lohar deposited one 9 mm pistol, two magazines and a large number of rounds. NSCA is one of the lesser known Adivasi outfits, largely involved in extortion and abduction.

Another four groups – the Bodo Liberation Tigers (BLT), United People's Democratic Solidarity (UPDS), Dilip Nunisa faction of Dima Halim Daogah (DHD-N) and Jewel Garlosa faction of DHD (DHD-J) – which were once violently active, have already disbanded over the past years. BLT was disbanded on December 7, 2003; UPDS on December 14, 2011; DHD-J on November 26, 2012; and DHD-N on March 9, 2013. There is, meanwhile, hope that talks with ULFA-PTF may come to a conclusion in 2018. Additional Director General of Police-Special Branch (ADGP-SB), Pallab Bhattacharya stated, on December 15, 2017, “The peace talk is going towards the right direction. And the process will speed up after the draft NRC [National Register for Citizen] publication.” The Final draft NRC is to be published by December 2018.

The improvement in the security situation led to the opening up of investment opportunities in the State. Advantage Assam-Global Investors Summit-2018 was successfully held at the Sarusajai Stadium in Guwahati on February 3-4, 2018. At least 200 Memoranda of Understanding (MoU) worth INR 1,000 billion were signed during the two day event.

The security consolidation in Assam was acknowledged by the Centre, with Union Minister of State (MoS) for Home Affairs Hansraj Ahir observing, on December 19, 2017, in the Lok Sabha [Lower House of the Parliament], "While the States of Sikkim, Mizoram and Tripura had no insurgency-related violence, the number of these incidents had come down in Assam, Nagaland, Manipur and Meghalaya in 2017 (till 30 November), as compared to the corresponding period of 2016.”

Even as insurgency-related violence fell to its lowest since the commencement of the troubles in the region, residual threats do remain. Incidents of abduction and extortion continued to intimidate people across the state. According to Police records, at least 5,059 abduction incidents were recorded in 2017 (upto July, no further data available). There were 6,137 such incidents through 2016. Further, there were 732 extortion-related cases registered in 2017 (till July); as against 1,295 through 2016. Though this data does not mention the people involved in these incidents, it is widely known that most of these incidents are carried out by militant groupings. The then Director General of the National Security Guard (NSG) and former Director General of Police (DGP), Assam, J.N. Choudhury observed,  on November 28, 2014, "In (the) northeast, militancy has become almost a cottage industry where extortion and abduction for ransom is seen as an easy means for money."

Continuous illegal immigration from Bangladesh (erstwhile East Pakistan) through the porous border has created demographic imbalances. According to the interim report [submitted on July 22, 2017] of The Committee for Protection of Land Rights of Indigenous People of Assam,

The principal factor causing galloping changes in the demographic composition of Assam is the unrestrained infiltration of illegal Bangladeshi migrants through the open Indo-Bangladesh international borders. These Bangladeshis like swarms of ants have spread in every nook and corner of Assam and grabbed land wherever any vacant government land – be they khas/waste land, reserved forest land, village grazing reserves (VGRs) or professional grazing reserves (PGRs), char lands or water bodies or hills, tribal belts/blocks or satra land – is available.

This emotive issue of ‘foreigners’ has sparked several protests, some violent, in the past and these continued through 2017. A public rally in Goalpara District on June 30, 2017, to protest against the alleged inclusion of several Indian citizens in the ‘D (doubtful)-voters list’ in the State by the Police and the Foreigners’ Tribunals, turned violent. In the consequent Police firing, one of the protestors, identified as Yakub Ali, (22), died. Earlier, on July 21, 2010, the All Assam Minorities Students' Union (AAMSU) organised a rally to protest against the exercise to update NRC. The protest turned violent and the Police opened fire, killing four protestors.

The pilot project to update NRC was initially launched from Barpeta (Barpeta District) and Chaygaon (Kamrup District) revenue circle in 2010. Subsequent to the firing incident, the exercise was stopped. Later, on December 6, 2013, the Union Government issued a gazette notification to update NRC within three years.  The Supreme Court later intervened on August 20, 2014, and gave the Union and the State Government three years to complete the entire process following a petition filed by a Non-Government Organisation, Assam Public Works. The updating process started in May 2015.

The first draft of National Register for Citizen (NRC) was published at midnight on December 31, 2017. The first draft of the updated NRC published the names of about 19 million persons out of a total 32.9 million applicants. The remaining names are under the verification process. Significantly, there was no incident of violence as initially feared. Nevertheless, it will be next to impossible to deport millions of migrants to Bangladesh if they are indeed found to be illegal setters, as India does not have an extradition treaty with Bangladesh.

The issue of ‘Nagalim’ (‘greater Nagaland’), which is reportedly being discussed under the Framework Agreement with the NSCN-IM has also created some trouble. Dima Hasao District witnessed violence when a mob attacked a train during the 12-hour bandh (shutdown strike) called by different organisations on January 25, 2018, following rumors that the Framework Agreement with NSCN-IM would include the Dima Hasao District. When the angry protesters, reportedly, began to attack Policemen, they opened fire, injuring seven protestors. Two of the injured persons died later.

More worryingly, five Districts of Assam (Charaideo, Dibrugarh, Sivasagar and Tinsukia) remain at risk of a potentially escalating militancy. These five Districts are contiguous to another five – three in Arunachal Pradesh [Tirap, Changlang and Longding] and two in Nagaland [Mon and Tuensang] – which fall along the Indo-Myanmar border, constituting the surviving hub of militancy in the Northeastern region. According to partial SATP data, the five Districts (Tirap, Changlang and Longding in Arunachal;  and Mon and Tuensang in Nagaland) have accounted for a total of 318 fatalities (31 civilians, 28 SF personnel, 259 militants) since January 1, 2000, of which 12 (one civilian, one SF trooper and six militants) were recorded in 2017. Further, the United National Liberation Front of Western South East Asia (UNLFWESEA) and its main constituents ULFA-I and NSCN-K along with CorCom [Coordination Committee], a conglomerate of six Manipur Valley-based militant outfits, are active along the Indo-Myanmar border. Notably, most of the major recent attacks on SFs along the Indo-Myanmar border, including the June 4, 2015, Chandel attack , were carried out by NSCN-K and UNLFWESEA.

ULFA-I remains a potent threat. Director General of Police (DGP) Mukesh Sahay noted, on December 14, 2017, that ULFA-I was ‘down but not out’, adding, “I don’t have a fair idea about its current strength, but then, strength does not lie in numbers but in lethality. I can say, however, that something which was pervasive all over the State at one point of time is today confined to pockets bordering Arunachal Pradesh and Nagaland.” In 2017, out of 26 fatalities in the State, eight were linked to ULFA-I. The group was responsible for two out of the five civilian killings in 2017.   Similarly, out of three SF personnel killed, ULFA-I was responsible for two killings. Out of 18 militants killed in 2017, four were from ULFA-I.