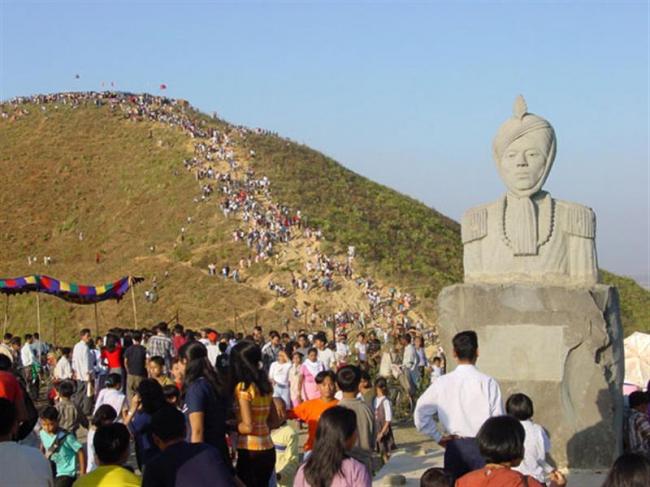 This is the lone insurgency-related fatality recorded in the State in the current year, 2018, so far (data till January 14, 2018). There were six such fatalities (four civilians, one trooper, and one militant) in the corresponding period of 2017.

Indeed, according to partial data compiled by the South Asia Terrorism Portal (SATP), there was a 66 per cent spike in total fatalities in 2017, as compared to 2016. The State registered at least 55 fatalities, including 23 civilians, nine Security Force (SF) personnel, and 23 militants in 2017; as against 33 fatalities, including 14 civilians, 11 SF personnel, and eight militants, in 2016. Notably, fatalities recorded in 2016 (33) were the lowest recorded in the State in a year since 1992. The previous low was 54, recorded in 2014. It is useful to note, however, that the trend of fatalities in the State, on year on year basis, has tended to be cyclic in nature.

Similarly, three Valley Districts (Imphal West, Jiribam and Bishnupur) registered the remaining 24.4 per cent of fatalities (10 of 55) in 2017. In 2016, three valley Districts (Imphal West, Imphal East and Thoubal) registered 30.3 per cent of total fatalities (10 of 33). Significantly, five of the current 10 Hill Districts are along the porous andvolatile Indo-Myanmar border, increasing their vulnerability.

Incidents of fratricidal killings also increased. In 2017, with 19 fatalities recorded in 10 such incidents, as against four fatalities in four incidents in 2016. On September 12, 2017, suspected militants of the Nationalist Socialist Council of Nagaland-Isak Muivah (NSCN-IM) attacked a combined team of the banned People's Liberation Army (PLA) and the Manipur Naga People's Front (MNPF) at Makan village in Kamjong District near Border Pillar No. 8, along the Indo-Myanmar border, and killed five militants: PLA 'sergeant major' Richard aka Wareppam Dinesh, PLA 'sergeant' Lalloi akaKhundrakpam Sunil, PLA 'private' Nanao aka Moirangthem Tomba, PLA 'private' Sinthouba aka Konjengbam Shyamsundar, and MNPF cadre Raikham Jajo aka Nimai Jazo. The NSCN-IM militants took away the weapons of their slain rivals.

The issue of the politico-administrative status of the Hill Districts remained unresolved though 2017. The 'indefinite economic blockade' on the two National Highways (Imphal-Dimapur NH-2 and Imphal-Jiribam NH-37) by the United Naga Council (UNC) [the apex body of Nagas in Manipur], over the proposed creation of new Districts, which began on November 1, 2016, continued for the first two months and 19 days of 2017. In the interim, on December 9, 2016, the then State Government led by Chief Minister Okram Ibobi Singh, created seven new districts. Five of these Districts were formed by bifurcating the five then-existing Hill Districts (Chandel, Tamenglong, Senapati, Ukhrul and Churachandpur). The newly created Districts were Pherzawl, Noney, Tegnoupal, Kangpokpi and Kamjong. Another two new Districts - Jiribam and Kakching - were formed by bifurcating two Valley districts: Imphal East and Thoubal. The blockade ended subsequent to a meeting between UNC, the State Government, and Union Government, on March 19, 2017, in which all sides reached an agreement. Satyendra Garg, Joint Secretary in the Union Ministry of Home Affairs, who signed the agreement on behalf of Union Government, stated,

Tripartite talks succeeded in addressing the issues and the UNC has agreed to lift the economic blockade. The government of Manipur took note of the grievances of the UNC, including that of them not being consulted while creating the new districts. The UNC has to now frame what exactly their point of view is. Initially they had asked for non-bifurcation of Senapati and Jiribam districts. They will have to clear their stand about the entire seven Districts. Manipur Government will consider whatever changes they want.

In the valley Districts demands for implementation of the Inner Line Permit (ILP) persist, supported by the Joint Committee on Inner Line Permit System (JCILPS). Safeguarding the State's 'territorial integrity' remains an emotive issue in the Valley Districts, especially after the signing of the August 3, 2015, Framework Agreement with NSCN-IM. In an interview to a news channel on December 28, 2017, United Committee Manipur (UCM) 'president' Johnson Elangbam warned, "If the framework agreement is only for Nagaland, give them whatever they want - sovereignty, flag, passport, whatever.. But if it is going to be linked to Assam and Manipur, our voices must be heard. Or else, there could be a repeat of 2001 [violence] and the consequences will be on the Centre [Union Government]".

Amidst these adverse developments, there were also some positives. On December 19, 2017, Union Minister of State (MoS) for Home Affairs Hansraj Ahir stated, "While the states of Sikkim, Mizoram and Tripura had no insurgency-related violence, the number of these incidents had come down in Assam, Nagaland, Manipur and Meghalaya in 2017 (till 30 November), as compared to the corresponding period of 2016."

Moreover, the trend of continuous increase in the number of people abducted for ransom and in extortion between 2013 and 2015 (40 persons in 2013, 50 persons in 2014, 51 persons in 2015) which was reversed in 2016 (44 abducted) continued downward through 2017. A total of 23 persons were reported to have been abducted in 2017 (actual incidence each year is likely to be much higher as a large proportion of cases go unreported).

177 militants were arrested in 2017, adding to 175 arrested through 2016. Mounting pressure also led to the surrender of 71 militants in 2017 as compared to just nine in 2016. In a major incident of surrender, on August 14, 2017, at least 68 militants of six different militant groups laid down arms before the SFs in Imphal West District, in presence of Chief Minister N. Biren Singh. The militants who laid down arms included 23 of the Kangleipak Communist Party (KCP), 17 of the United National liberation Front (UNLF), 10 of the People's Revolutionary Army of Kangleipak (PREPAK), seven each of the People's Liberation Army (PLA) and Progressive faction of PREPAK (PREPAK-Pro), and four of Kanglei Yowel Kanna Lup (KYKL).

SF successes over the years have brought relative peace to Manipur, and a progressive emphasis on development is now an urgent imperative. The Union Government has rightly recognized the Northeastern States as the pivot of its Act East Policy. Thus, the Union Government's Cabinet Committee on Economic Affairs (CCEA) on July 12, 2017, approved an INR 16.3 billion road project for upgradation and widening of the 65 kilometer road stretch between Imphal and Moreh, to be linked further to Myanmar and Thailand.

The challenge of security, nevertheless, remains within the State and, more prominently, in the areas which fall along the volatile and insecure Indo-Myanmar, particularly as the situation in Myanmar remains worrying. Persistent security threats can undo the planned development efforts envisioned by the State.