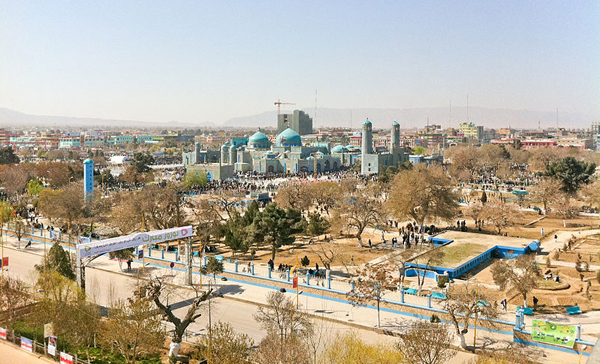 Sujeet Sarkar | | 04 Aug 2014, 01:42 pm
#Karzai government in Afghanistan
The controversy surrounding the Afghan polls doesn't seem to end. The dangerous standoff between the two leading presidential candidates has fuelled concern that protests could spiral into ethnic unrest and may seriously hurt the stability of Afghanistan. At a time, when the Afghan security forces are already burdened with managing their internal security, with the imminent exit of ISAF forces, this doesn't augur well for the country embattling with terrorism and narcotics, fuelled by a resurgent Taliban.

The US secretary of state, John Kerry, has managed to broker an agreement between the two rivals Abdullah Abdullah and Ashraf Ghani, for the time being. Both candidates have agreed to respect the result of the ongoing vote audit. The fact that the two sides have forfeited their previously staunch positions is seen as a breakthrough in terms of averting a potential crisis. However, the long-term tenacity of the agreement is still in question; the agreement lacks specifics and the aspiring supporters of either camp are not known to accept defeat humbly.

With the electoral process entering its tenth month, the state of political uncertainty and inaction continues in Kabul. This has been a cause of great concern for its citizen. This could not have come at a worse time for its western allies either, especially the US; they are pushing hard to ink the long pending security pact which allows the US to keep a military contingent in Afghanistan, post September 2014.

At a time, when the Taliban is gaining in strength and attacking Kabul and the rest of the nation at  will, and the suffering of the common man is increasing, Afghanistan can ill afford any political vacuum in Kabul.  The citizens need a unity Government to drive their hopes and aspirations, accumulated over the last one decade. Any delay would seriously jeopardize the future of this embattled nation, trying to overcome its troubled past. Irrespective of who emerges as a final winner of the ongoing presidential race, the post Karzai Government is confronted with a series daunting challenges.

The last contingent of ISAF forces is schedule to fly out of Afghanistan in September 2014. The internal security, including the herculean task of neutralizing the Taliban capability to strike, would then rest on the rookie Afghan army.  The future of Afghanistan largely depends on how the Afghan army manages this security transition. This will by no means be an easy task to achieve as witnessed in the unfolding saga in Iraq, and especially with a resurgent Taliban lurking in the backdrop.

The security pact proposed by the US could add to the stability of Afghanistan as it would avert any aggressive advance by the Taliban to capture power in Kabul. This would also boost the confidence of common man in Afghanistan. Any inordinate delay, caused by the political instability in Afghanistan, may affect the preparedness of the Afghan army and, inadvertently, lead to a security vacuum.  The pact, therefore, should be signed before it gets too late. By signing the security deal, the new government can also repair its fractured relationship with the US.  A robust relationship with the US will not only aid stability in Afghanistan but also augment the flow of foreign aid.

The ongoing peace process has come to a grinding halt with little or no overtures from the power corridor of Kabul and the incumbent president.  If anything, the last decade of relentless military operation has proven beyond doubt that the Taliban is far from vanquished. The US has achieved little in terms of irreversibly degrading the capabilities of the Taliban to strike Afghanistan. According to a US intelligence report, the Taliban is far more organized and threatening than what it was a decade ago. Majority of Afghans are pinning their last hope on the peace process. They have learned the inescapable lesson that security, stability and prosperity cannot be achieved through war and bloodshed anymore. The path to peace, however, is going to be very tumultuous and Afghanistan has to cross many hurdles––the foremost being Pakistan.

Poppy is still seen as the axis of all evils in Afghanistan and continues to fund the nefarious designs of the Taliban. One decade of poppy eradication efforts in Afghanistan has barely produced anything to cheer about.  Rather, it has been proven to be counter-productive. According to the Opium Survey 2013, cultivation amounted to 209,000 hectares, outstripping the earlier record in 2007 of 193,000 hectares, and representing a 36 percent increase over 2012. Other reports suggest that the Taliban are reportedly making 70–100 million dollars, every year, out of poppy.

The poppy elimination strategy, spearheaded by the US, was ill conceived and turned out to be grossly ineffective. The futile strategy has inadvertently aided Taliban insurgency with poppy farmers turning to Taliban in big numbers, especially in the restive southern provinces, to resist the brutal force employed by the poppy eradication military corps. Rather than using destructive force to mow standing poppy crops, a more farmer-friendly approach has to be explored.

Afghan economy, largely dependent on international aid money, continues to remain fragile with little respite. Even though the country has almost doubled its Gross Domestic Product (GDP) or purchasing power parity since 2009, and clocked an impressive GDP rate of 11 per cent in 2013, it is International aid that has generated a comprehensive part of that GDP in Afghanistan. With the aid money shrinking due to shift in international priority, Afghanistan is headed towards troubled water.

The GDP rates slowing down to 7 per cent in the financial year 2014 is an early warning, in this regard. The new government doesn’t have enough resource even to cover the salaries without international aid. Reduction of aid money would precariously slow down the GDP, and pose serious risk to the fiscal sustainability and growth of the country.

The herculean task of transitioning from aid economy to a local economy, primarily dependent on internal revenues and taxes, lies ahead of the new government.  The state of Afghanistan has to expand the economy by investing in crying infrastructure needs of the country.  This would eventually lead to increased revenues and absorb an ever-expanding work force, in this impoverished country. Without an increase in revenues, the state can’t expand the scale and scope of public services further, which remains critical in a context like Afghanistan. Absence of public services will alienate the citizens from the state of Afghanistan, which would only help the Taliban to renew their stronghold and strategic grip over Afghanistan. It is imperative for the state of Afghanistan to reverse this by expanding the economy and support wide range public services.

The state of Afghanistan can use its rich and abundant mineral reserves, conservatively estimated to be worth three trillion dollars, to transform its ailing economy. But Afghanistan has to create an enabling condition to attract FDIs.  The first and foremost task lying ahead of the new government, in this regard, is to fix the fragile governance, and more importantly, the endemic corruption.

In its annual report of 2013, Transparency International placed Afghanistan as the top-most corrupt country in the world, in the league of Somalia and North Korea. The new government of Afghanistan has to, therefore, take a tough call and make some not-so-popular decisions to arrest ever expanding corruption.  Some firm and decisive overhaul of the state institutions, along with stringent policy measures, are required to deliver goodgovernance and combat corruption.  Cosmetic changes, as in the past, cannot suffice the purpose anymore. It has to deal corruption with an iron hand and not through mere political statements. The Taliban is only going to gain if the embattled nation doesn’t improve governance, and more importantly plug the massive leakage of public resources.  It will be crown of thorn for the new president if he does not act with alacrity and an equal amount of pragmatism to contain these burning issues.

The citizens of Afghanistan and the international community are waiting to see the tightrope walk of the new president from day one. It is now or never.

(Sujeet Sarkar works as an international advisor on governance and civil society and has authored an acclaimed book on Afghanistan titled In Search of a New Afghanistan. Views expressed in the article are his own)