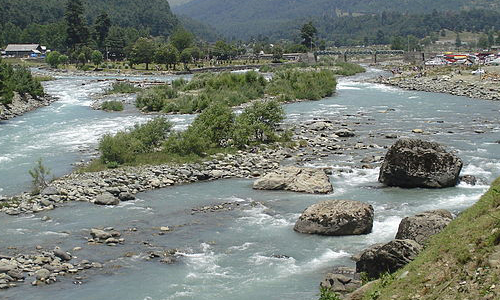 Anurag Tripathi | | 19 Jul 2014, 06:12 pm
#J&K, # Trails of Death
Research Associate, Institute for Conflict Management On July 3, 2014, Security Forces (SFs) foiled an infiltration bid across the Line of Control (LoC), killing at least three terrorists. The incident took place in the Balnoi area of the Mendhar Sector in Poonch District, along the LoC in Jammu and Kashmir (J&K).

Earlier, on July 1, 2014, the Army foiled an infiltration attempt by militants in the Langiot forward area of the Mendhar Sector in Poonch District. An estimated four or five terrorists, who were trying to sneak into Indian Territory, were forced to retreat. Pakistani Rangers opened fire to facilitate the infiltration attempt, in another violation of the Ceasefire Agreement (CFA) of November 2003.

According to partial data compiled by the South Asia Terrorism Portal (SATP), the first six months and six days of the current year have, thus far, witnessed a total of 19 infiltration bids - 18 along the LoC and one along the International Border (IB). At least five terrorists have been killed in retaliatory action by the SFs.

Clearly, while infiltration attempts by heavily armed militants continue relentlessly, the number of successful infiltrations has gone down considerably. According to the Union Ministry of Home Affairs (UMHA), very few militants have been successful in sneaking into J&K, as most of their attempts have been foiled by SFs deployed along the border. This, among a range of other factors, has led to dramatic improvements in the security situation in J&K, where fatalities have gone down considerably since 2001, notwithstanding a couple of spikes, including a marginal escalation in 2013, as against the preceding year. Terrorism-related fatalities

The CFA held fairly well between its signing in November 2003 and the end of the Pervez Musharraf regime in August 2008, but violations have been continuingregularly

There is also some evidence that Pakistan's Inter Services Intelligence (ISI), which oversees the export of Islamist extremist terrorism into India, has also started a search for new routes to infiltrate militants into J&K and also to re-activate some of the older routes that had fallen into disuse with the progressive decline in terrorism. SATP data indicates that there are at least 24 major infiltration routes active since 2003, along the LoC and IB in J&K. The Poonch District accounts for 10 such routes, followed by Kupwara with four, Samba with three, Jammu and Rajouri two each, and Baramulla, Bandipora and Kathua one each. The major infiltration routes include, Sangiot, Balnoi, Sona Gali, Pathri Gali, Sabjian area, Bhimber Gali, Peeli Pama Village, Sobra Gali, Chajal and Yunus Nallah in Poonch; Nowgam area, Tangdher, Nawahar and Keran in Kupwara; Ramgarh, Rajpura and Ballarh post in Samba; Abdulian and Gargrian in Jammu; Tarkundi and Nowshera in Rajouri; Trikanjan in Baramulla; Baktur in Bandipora; and Bobiya in Kathua.

Most of these routes fall along the 776 kilometer long LoC. However, as a result of the active domination of the LoC by the Indian Army, routes along the IB are now being activated for infiltration by the Pakistan Army and ISI. According to SATP data, though there was no infiltration related incident along the IB till May 9, 2008, J&K has recorded 28 such incidents thereafter. Recently, on March 28, 2014, terrorists infiltrated from the Hiranagar area, along the IB, and carried out an attack in which at least six persons, including three terrorists, two civilians and one soldier were killed in the Kathua District.

In another such incident, on September 26, 2013, a total of 10 people, in addition to three Pakistani terrorists from the Pakistani Punjab province, were killed in twin suicide attacks in Kathua and Samba District. According reports, the terrorists crossed the IB to mount the attack. Commenting on the incident Border Security Force (BSF) Additional Director General (ADG) R. D. Singh noted, "The fence has not been cut anywhere. I have seen the terrain. There are so many nullahs (streams or crevasses) along the International Border, may be infiltration is from these nullahs."

Infiltration attempts along the 190-kilometer long IB are evidently witnessing a surge and, in response, on December 15, 2013, the BSF introduced a state-of-the-art Communication and Surveillance System, backed by bullet-proof bunkers and high-end infrared cameras, along the IB, to arrest cross-border infiltration. BSF has identified 19 sensitive and riverine areas and gaps along the IB on the Jammu frontier for installation of the high-end infrared cameras and surveillance systems.

in Pakistan occupied Kashmir (PoK) and Pakistan, are being held in readiness for operationalisation in J&K, even as border disturbances to cover infiltration attempts escalate. The Pakistan Army is reported to have activated the launch pads for infiltrating terrorists from these camps, to boost the waning strength and morale of cadres active in J&K. The terrorists are reported to have gone hi-tech, and are being provided special training to negotiate the electrified border fence, as well as to handle modern means of navigation and communication. Infiltrators sneaking into the Indian side are increasingly using global positioning systems (GPS) and maps, as evidenced from the recovery of sophisticated GPS devices. In an incident, on April 16, 2014, the Indian Army recovered a cache of arms and ammunition from the Lampathri Forest in Bandipora District. The recovery included a GPS device, as well as one AK 47 along with three magazines, three Chinese pistols, 3 pistol magazines, 28 Under Barrel Grenade Launchers (UBGL), 8 hand grenades, 4 Chinese hand grenades, one radio set, and other administrative stores.

Meanwhile, the Union and State Governments have announced a multi-pronged approach to contain cross border infiltration which, inter-alia, includes strengthening of border management and multi-tiered and multi-modal deployment along the IB / LoC and near the ever changing infiltration routes; construction of border fencing; improved technology, weapons and equipments for SFs; improved intelligence and operational coordination; synergized intelligence flows to check infiltration; and pre-emptive action against terrorists within the State.

It is abundantly clear that Pakistan will continue its policy of supporting cross border terrorism in J&K, and enveloping regional trends suggest that a sharp escalation is possible in future. If the impact is to be contained, and in the absence of effective instrumentalities to force Pakistan to dismantle the infrastructure of terrorism on its soil, the strongest possible measures will be required to prevent infiltration across the LoC/IB and to track and neutralise terrorists who manage to cross into Indian territory.

(Views expressed are of SAIR and not IBNS)