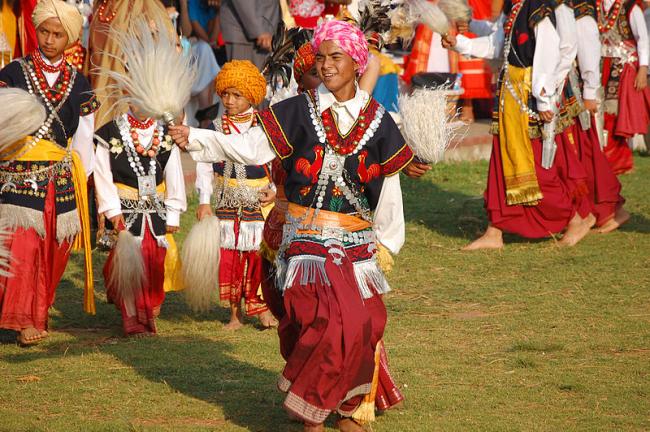 On May 6, 2015, SFs killed a GNLA militant at Jongchitpara village in South West Garo Hills District.

On May 2, 2015, SFs killed the 'commander in chief' of Achik Matgrik Elite Force (AMEF), Jack Marak, at Mandadrop in North Garo Hills District. One AK-47 along with two magazines, 51 live rounds and one magazine of 7.62 bore, one 9mm pistol along with one magazine, four live rounds of 9mm bore, 14 electric detonators, four meters of fuse wire, and eight gelatine sticks were recovered from the incident site.

According to partial data compiled by the South Asia Terrorism Portal (SATP), five militants - three of GNLA and one each of AMEF and the Independent faction of United Liberation Front of Asom (ULFA-I) - have been killed by SFs since April 2, 2015, whenOperation Hill Storm 2 was launched (data till May10, 2015). About seven militant camps, including six of GNLA, have been neutralized since then. There has been no casualty among the SFs.

Meghalaya Director General of Police (DGP) Rajiv Mehta stated that the objective of the ongoing operation was the same as that of Operation Hill Storm 1, that is, to flush out militants from the interior areas of the Garo Hills, which comprises of five Districts - West Garo Hills, East Garo Hills, South West Garo Hills, South Garo Hills and North Garo hills. The aim was to deny the militant outfits, mainly the GNLA and ULFA-I, any 'comfort zones' in the region.

Operation Hill Storm 1 was launched on July 11, 2014, and continued till December 2014. During the operation, according to the SATP database, a total of 10 militants were killed - GNLA, 7; A'chik Songna An'pachakgipa Kotok (ASAK), 2; ULFA-I, 1. The operation was conducted by the Meghalaya Police and Combat Battalion for Resolute Action (CoBRA), with occasional support from the Goalpara (Assam) District-based Dogra Regiment of the Indian Army. Although the operation was initially launched for three months, it was extended further till December 2014. The operation was considered a success, with some 10 or 11 militant camps neutralized and 47 militants - GNLA (28), ASAK (8), Hynniewtrep National Liberation Council (HNLC, 4), AMEF (5) and United A'chik Liberation Army (UALA, 2) - surrendering in 18 incidents, in addition to the killing of 10 militants. In a significant incident, six GNLA militants, including an unnamed 'area commander', surrendered before the Police at Tura in West Garo Hills District, on October 6, 2014. SFs also arrested a total of 46 militants in the Garo Hills region during the Operation.

Moreover, the pressures exerted by the SFs during the Operation had forced the 'commander-in chief' of GNLA, Sohan D. Shira, to escape to Bangladesh and disrupted the command structure of GNLA as well as other militant organisations.

Regrettably, however, the SFs' successes proved momentary as the troops relinquished the initiative soon after. Taking advantage of the hiatus, the militants regrouped and resumed their activities. According to SATP database, since January 1, 2015, a total of six civilians and four SF personnel have lost their lives in violence across the State, in addition to the killing of 13 militants [data till May 10, 2015].

In a major incident, on March 10, 2015, around 40 GNLA militants ambushed a Police team travelling from Rongara Police Station to Baghmara in the Panda Reserve Forest area in South Garo Hills District, and killed four Policemen and injured another two. Militants also decamped with one AK rifle, two INSAS rifles, a 9mm pistol and ammunition. Police stated that GNLA 'chief' Sohan D. Shira orchestrated the attack. Later, on March 13, an unnamed Police official stated that involvement of ULFA-I in physical and logistics support to GNLA for the ambush at Panda Reserve been virtually confirmed. This, Police claim, is an additional worry since GNLA and ULFA-I are the most violent groups, along with the IK Songbijit faction of National Democratic Front of Bodoland (NDFB-IKS), among more than 31 active insurgent groups across the Northeast.

In another show of strength, on March 9, 2015, GNLA imposed a shutdown across the Garo region, including Ampati in South West Garo Hills District, the Assembly Constituency of the State Chief Minister Mukul Sangma. The shutdown call was made against alleged "Police highhandedness" and "fake encounters". The Ampati shutdown effectively continued for more than a month.

Reports suggest that first batch of 40 AMEF militants, after having passed out from a jungle 'training camp' had recently joined operations. An unidentified senior Meghalaya Police officer stated, on May 2, 2015, "AMEF outfit was beginning to expand its militant operations in as many as four Districts of Garo Hills. When it came to the strength of its armoury and the number of cadres, it had already overtaken ASAK for the number two slot [in Meghalaya after GNLA]". Indeed, on February 2, 2015, SFs killed an AMEF militant, Sengrak S. Sangma aka Andalao Matgrik, during a raid at an AMEF hideout in the Boldra Abri area of North Garo Hills District and subsequently recovered 23 plastic explosive devices and 65 detonators. When AMEF was formed in 2014, the only weapons they had were three AK rifles and eight pistols.

Meanwhile, reports now suggest that Sohan D. Shira has returned to Meghalaya to guide militant operations and the command structure of GNLA as well as other militant organisations in the region has been re-established.

There has been a continuous process of splintering of militant groups in Meghalaya, even as the Garo Hills remain a critical 'bridge' for rebel formations in India's Northeast to cross over into Bangladesh. The neglect of vast areas due to their perceived remoteness and the lack of infrastructure have created vast 'ungoverned spaces', where the fiat of the Government is more or less nonexistent. If ongoing Operations are to succeed against insurgency, gains by the SFs have to be consolidated through urgent administrative and developmental efforts. If such efforts continue to be absent or insufficient, as they have been in the past, operational successes will once again be lost in the black hole of mis-governance that afflicts the region.