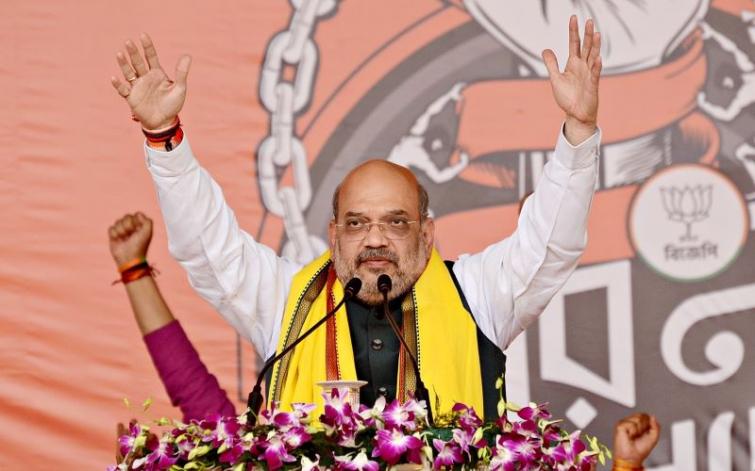 Amid the scare of Novel Coronavirus, Union Home Minister Amit Shah resumed Bharatiya Janata Party (BJP)'s political activity in West Bengal by holding a virtual rally on Tuesday, eyeing on the assembly polls due to be held next year. The virtual rally comes days after the West Bengal BJP brought about a major reshuffle in its state unit by promoting multiple MPs to higher ranks. The state will go to polls in 2021 if not delayed by the Covid-19 spread.

Shah said, "Give BJP one chance. In five years, we will make West Bengal free of corruption, dynasty politics, unemployment and bombers will pack their bags and flee on the day of counting only."

Shah said, "People voted for Mamata didi to oust Left. But now people say Left was better than Mamata regime. Give BJP one chance, we will make Sonar Bangla."

Shah said, "West Bengal is the state which took the least Shramik Special Trains to bring back migrant workers."

Shah said, "Mamata Didi asks BJP to take control of the state. I am telling her that her wish will be fulfilled very soon by forming a BJP government."

Shah said, "When the mandate will come, people of Bengal will make Mamata Didi a political refugee."

Shah said, " Why Mamata Didi is opposing CAA? She was so angry after the CAA was made. I have never seen such an angry person. Why harm the Matua community has done to you Didi?"

After Article 370 abrogation, Kashmir is with the rest of India: Amit Shah

I challenge Mamata Didi to furnish records of her rule: Amit Shah

Amit Shah said, "Mamata di, you used to ask for records. I have brought the records of our BJP government at the Centre. I ask you to furnish the records of your tenure. But be careful, don't bring the records of bombings, bomb factory and the killing of BJP workers."

Shah said, "Even Arvind Kejriwal at the end allowed Ayushman Bharat but Mamata didi still does not want it in her state."

Shah said, "Bengal is the only state where communal violence is still ongoing. It should stop. I assure you that BJP isn't here just to bring a revolution or do politics, but also build a cultural and traditional Bengal again. We want to create Sonar Bangla again."

Amit Shah said, "While democracy is there is all others states, West Bengal still witnesses political violence."

"We have lost more than 100 BJP leaders since 2014 when we began the fight to bring about a change in West Bengal. I pay respect to all the deceased's family members," said Shah.

Change will come in West Bengal in 2021: BJP's Mukul Roy

BJP leader Mukul Roy in his welcome speech said, "The change which has begun in West Bengal will materialise in 2021."

BJP headquarters gets ready for the rally

The state unit's headquarters in north Kolkata has been decorated for the virtual rally. 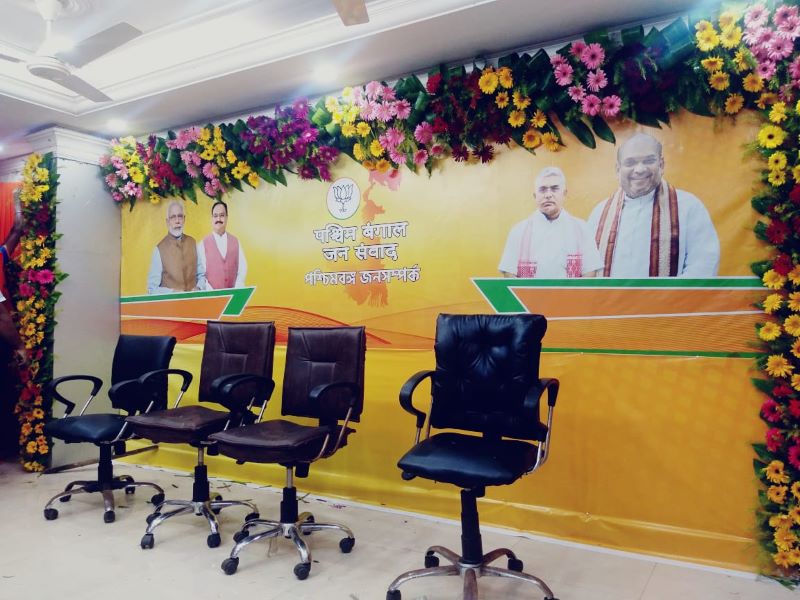