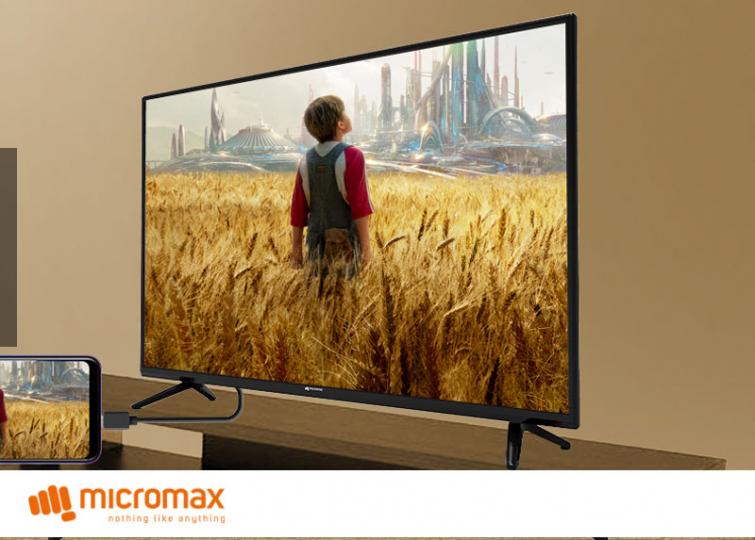 Launched asFlipkart exclusive products, the Android television has Bluetooth and built-in Chromecast support that allows the user to stream their devices on the television and upgrade their entertainment quotient with the screen size and Dolby Digital audio.

As the entire series is Google certified, users can access the official services of the search engine giant including Play Store, Play Music, Games, Movies, etc. In addition, the smart TV includes a voice-driven Google Assistant for easy commands and maneuvering through various channels, applications, and devices.
Impact on the market

Looking back, Micromax has been known to introduce products that are in tow with the dynamic customer demands over the years. Be it the 30-day battery life or QWERTY phones in its early days or the recently introduced Smart television, Micromax has marked its presence in the market as a company that offers consumer durable products.

Considering the competitive pricing and market demands, Micromax is certainly eyeing to progress towards a leadership position in the Indian consumer electronics market. Over the last 5 years, it has not only managed to upgrade itself from basic television to its Smart, Android counterparts, but has also introduced different line of products including air conditioners andwashing machines.

Gradually shifting from assembling and manufacturing, it looks like Micromax could equip their factories across the countryfor end-to-end processes associated with its product line.Certainly, the increasing job opportunitiesat Micromax and Indianconsumer dedicated products carry the potential of bolsteringmarket’s trust in the company.

Analyzing the product and operational progress of Micromax in the recent years, the senior management has certainly had a crucial role in expanding the company’s presence across consumer electronics.In an article on YourStory, Rajesh Agarwal Micromax MD, said, “We are focusing on making India a manufacturing hub and plan to export products from India to other markets. As of today, we are localizing to the extent of 11-13% of our total devices and generating 10% year-on-year revenue via consumer electronics.”

Rajesh Agarwal has been known for his strategic inputs for the Micromax product line across the consumer electronics offerings since the company’s inceptionand according to a recent press release, Micromax sells nearly 3 million mobility devices every month.