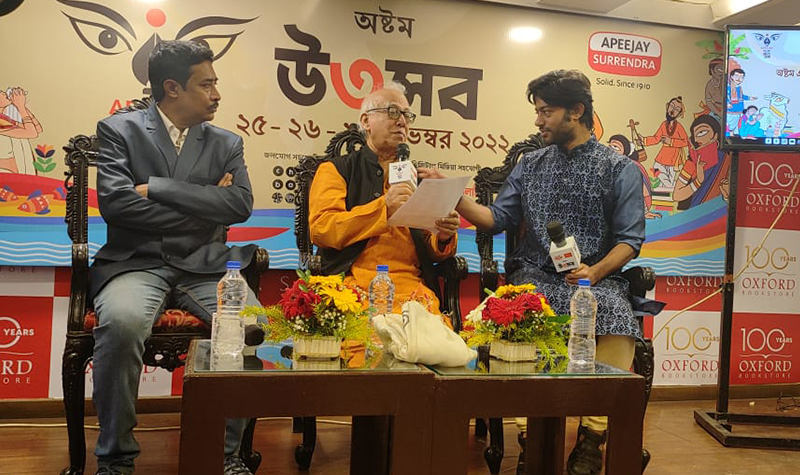 The launch of Bengali Little Magazine Corner at the iconic Oxford Bookstore on Park Street was announced during the inauguration of the eighth edition of ABSU to commemorate the Oxford Bookstore's centennial celebration.

There are approximately 2000 little magazines published in Bengali throughout India.

Oxford Bookstore's online store is also considering selling these Bengali Little Magazines online in order to reach a wider audience. It will be a free platform with a modest revenue-sharing model. 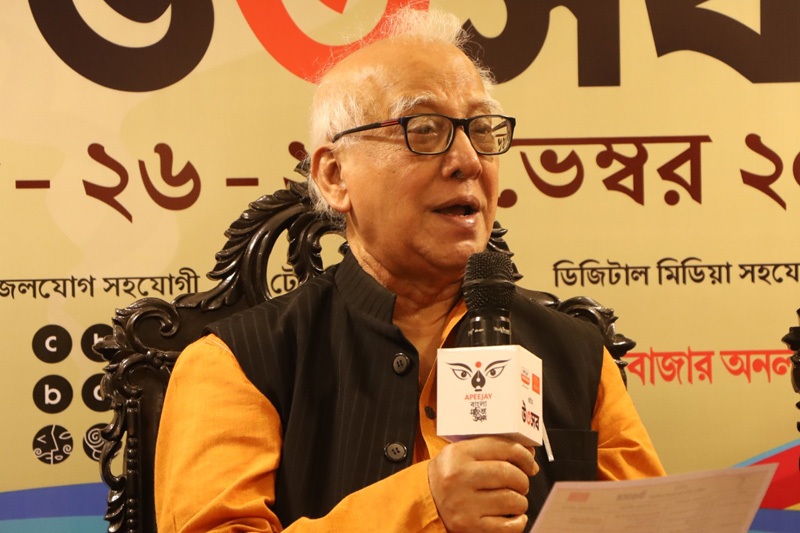 Currently, the Bengali Little Magazine segment lacks a platform to display its extensive body of written work. "The goal of ABSU is to introduce Bengali literature to a global audience. And, despite producing excellent literary work, Bengali Little magazines have struggled to reach a wider audience. This is part of our effort as a 100-year bookstore to promote Bengali literature all over the world,” said Swagat Sengupta, ABSU Director, and CEO, of Oxford Bookstores.

Welcoming the move by the Oxford Bookstore, Pabitra Sarkar while inaugurating the eighth edition of ABSU said, “The Oxford Bookstore has launched a fantastic initiative. Once upon a time, there were some stalls on the streets of Kolkata selling Bengali Little Magazines. They are becoming extinct. There can be no better news for the Bengali Little Magazine segment than the Oxford Bookstore dedicating a space to them. Little magazines have a dedicated readership; the literature they publish is distinctive and not typically found in popular culture. This initiative will do this little magazine community, its authors, and its readers a world of good.”

The final day of the event was a physical event, as opposed to the prior two days when it was conducted online. ABSU has made a comeback this year in its typical offline guise.

The century-old iconic Oxford Bookstore on Park Street is once again serving as the venue for ABSU, as it did in the years prior to COVID.

Speaking about the eighth edition of the Sahitya Utsob, Swagat Sengupta, ABSU Director and CEO, of Oxford Bookstores said,“India’s first Bangla Literary Festival, Apeejay Bangla SahityaUtsob curated by the centenary old Oxford Bookstores in 2015 is in its 8th year. Celebrating 100 years of Oxford Bookstore, we have suitably chosen the iconic Oxford Bookstore, Park Street, Kolkata to celebrate books, music, art, film, and more with the finest creative minds of Bengal. 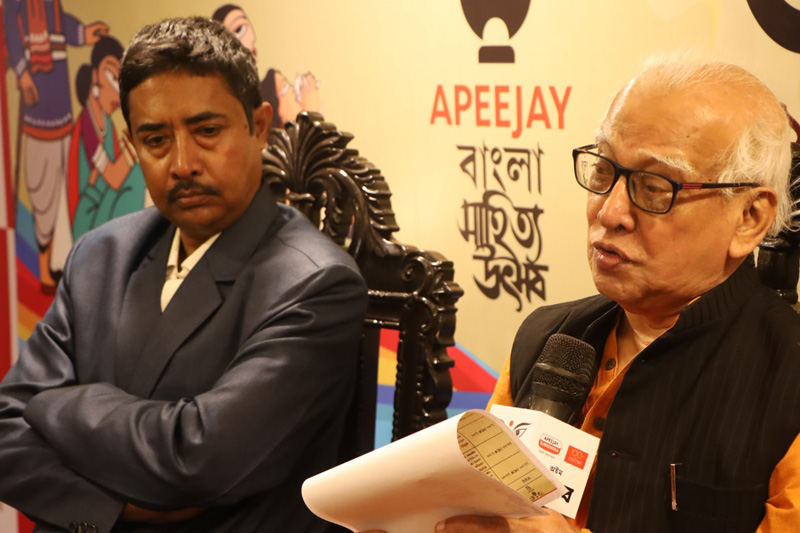 After the unprecedented two years of Covid-19, this year the festival will be held completely on-ground in its best physical format.

The eighth edition of ABSU will continue to support, promote and strengthen Bangla language through 27 specially curated sessions that delve deep into topics such as poetry, little magazines, illustrations, use of dialects, politics, youth literature, thriller, book publishing and editing, journalism and cinema in Bangla literature.”

ABSU has grown over the last seven years and is now celebrated and eagerly awaited among fans of Bengali literature and culture both in India and abroad. Keeping its global popularity in mind,ABSU 2022 is being streamed LIVE on the official Apeejay Bangla Sahitya Utsob Facebook Page and YouTube channel on all three days - November 25, 26, and 27.

This will ensure that Bengali literary enthusiasts from all over the world can immerse themselves in this literary and cultural extravaganza transcending time and geography.

“We are also keeping in mind the ease of access, active participation, flexibility of viewing the sessions at convenience and interacting with the delegates at the same time through social media LIVE streaming,” Swagat Sengupta, ABSU Director and CEO of Oxford Bookstores added.

To contribute to the success of the eighth edition of ABSU, the festival will be supported by ZEE 24 Ghanta as Television Partner and AnandabazarPatrika Online as Online Media Partner and Cha Bar as Refreshment Partner. The Supporting Partners are Shabdabaaji and Kobita Club.

Exceller Books would support the eighth edition of ABSU as Session Partner.