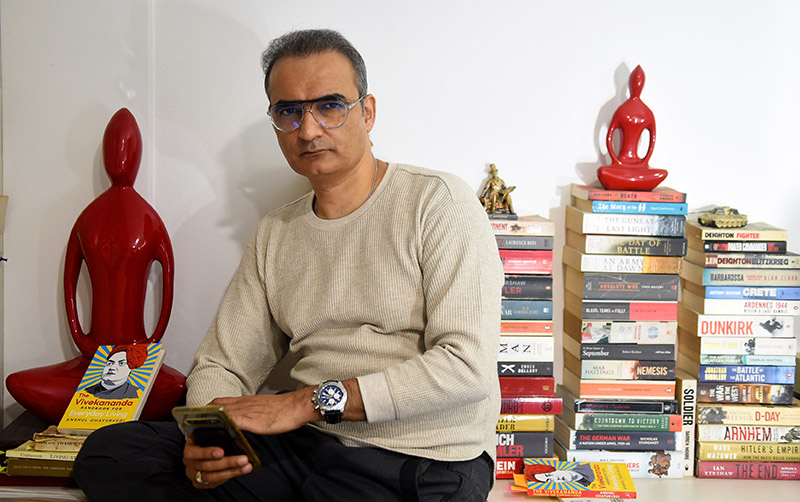 My book on Swami Vivekananda is a travelogue where he is the travel guide: Journalist-author Anshul Chaturvedi

Kolkata: Journalist-author Anshul Chaturvedi said his new book on Swami Vivekananda is not a scholarly analysis of his religious views but an attempt to present the readers with an easy to comprehend work on the Hindu monk and his thoughts' relevance in daily life.

Speaking at a virtual session of The Write Circle Special, organised by Prabha Khaitan Foundation and presented by Shree Cement, the writer said about his book 'The Vivekananda Handbook for Everyday Living': "This is not a scholarly analysis of his religious views, but a narration of the practicality of his thoughts to our daily life."

"It is not an academic work - there are already many such works on him - but more of a travelogue where Vivekananda is the travel guide," the author explained in response to a query from the audience," he said.

Filmmaker and environmentalist, Padma Shri Nila Madhab Panda, engaged Anshul in a lively chat, which was followed by a Q&A session. The session was introduced by Rishmi Gill of Ehsaas Woman of Chandigarh.

The book, titled The Vivekananda Handbook for Everyday Living, is an essential guide to apply the principles of Swami Vivekananda’s teachings to one's everyday life. The book was officially launched on June 28, 2021.

“I didn't write this as a gyan (pontification) statement. The idea is that the book should be easy to comprehend and implement – not be read as an intimidating religious book primarily about the greatness of the person concerned."

"The reason the book hasn't come along that way is also because of the same philosophy which this individual (Swami Vivekananda) planted into my head very early when I was younger and more combative," Anshul added.

"I kept the book to what I have practically experienced – how I saw him through my eyes. That is it. In the last 100 years, many scholars have written about him. So I did not need to reiterate his greatness. I am not qualified to comment on his personality – his stature and intellect are immense. I am qualified to comment on how he has shaped my thinking," he said. 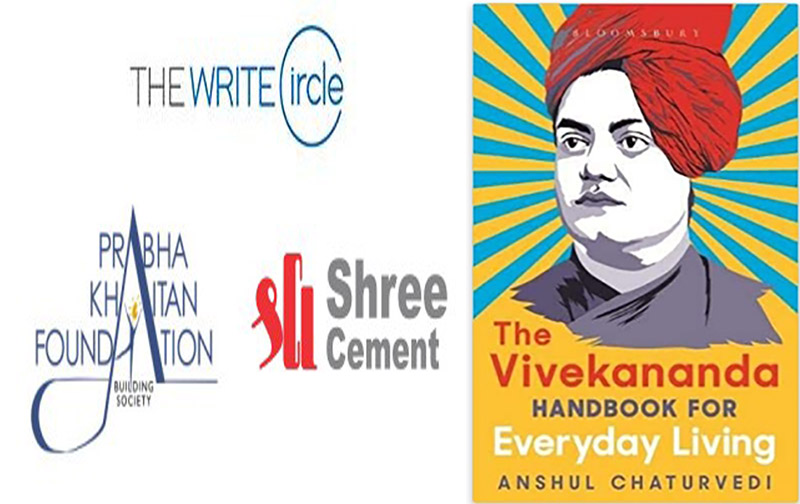 Nila, who has made award-winning films like I Am Kalam, Kadvi Hawa and Kalira Atita, said that he has mostly come across bulky, multi-volume readings on the monk and was quite impressed with how this book distils and explains Vivekanada’s teachings in less than 200 pages. He added that the book was a mental and emotional booster in today’s difficult times.

The book, which is now available on Amazon, is priced at Rs 279 (kindle edition) and Rs 499 (paperback). The Write Circle Special organises events that bring top minds and experts to share perspectives and deep insights from diverse fields and spheres of activity.