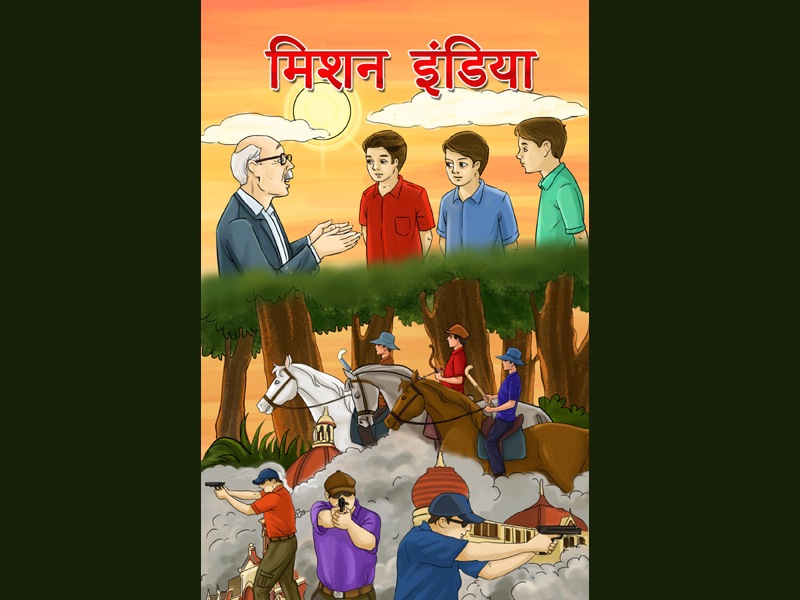 Book review: ‘Mission India’ to end corruption in the country

Abhiranjan Sharma describes his dream of a corruption-free country in his book ‘Mission India.

Born and brought up in Bihar, he completed his engineering degree from ICE College, and joined a private company as an employee.

Although he is busy with his work, he always saves some time for his writing.

In his earlier days, the village condition did not provide the nourishment for his creative mind.

But he never stopped dreaming.

According to him, the “imagination” of this writing came some 10 years back, and “imagination is more important than knowledge”.

The question lurks throughout the book that we achieved freedom some 73 years back, but are we still free?

And finally finds its answer.

They lost their parents in a riot and were brought up by a maid.

Gradually, they came across the harsh reality and black truth of crime and corruption.

So, when they were grown up, they formed a group to raise their voice and finally came across one of the main characters, the Professor.

The professor is an honest and intelligent man; he named the group Mission India.

They worked against corruption and crime and ended up cleaning it.

They became successful in ending a huge network of corruption.

The voice of protest spread from Bihar to Mumbai and finally received congratulations and acclamation from the state and Central government.

The mission is an illusory one, but with a magical touch of realism.

The life of the orphan boys compels one to react empathetically.

The crime scenes are so harshly and disdainfully portrayed that one can feel it.

The protest scenes are very powerfully portrayed too.

There are no larger-than-life characters; everyone is so ordinary and natural that anyone can relate himself/ herself to them.

This story is successful in finding a way towards actual freedom.

The author wants to create a free nation, a nation where people are permitted to lead a happy and peaceful life.

The story goes beyond the politics of religion and nation and gives a way to actual independence.

In the meantime, the story has a contemporary touch.

So, it’s obvious that you are going to enjoy this book and yearn to be a part of “Mission India”.