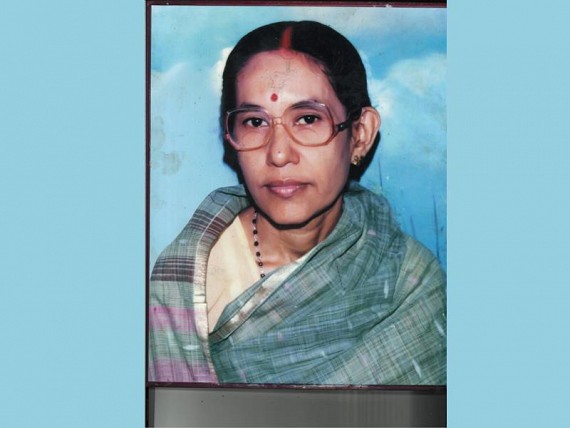 A son talks about the literary enterprise of his parents

Anirban Dhar, son of late Pratima Dhar talks about why decided to get his mother’s Bengali novel ‘Uttorsuri’ translated into English.

Titled ‘The Descendants’, it has been translated by Amitava Chatterjee and published by Power Publishers.

‘The Descendants’ is the translated version of the Bengali book ‘Uttorsuri’. When was the original Bengali version of this book published?

The Bengali book was first published in February 2004.

‘The Descendants’ is written by your mother Pratima Dhar. Tell us something about your mother as an author. What made her interested in writing books? How did she balance family and her writing?

Uttorsuri (Bengali version of The Descendent) was the only novel published by Pratima Dhar.

She was born in Jamshedpur in a family of five sisters and one brother. She completed her MA in Bengali literature after getting married to Hara Narayan Dhar.

For a good part of her life, my mother travelled a lot and during that time she kept a journal of each and every life event, people and places that left an impression in her mind and heart.

Writing was not her profession by any means.

She was a full time house-wife, initially part of a joint family and then managing her own. Her husband was in government service with all its challenges and intricacies including moving to a new city every three years.

Instead of getting bogged down with that schedule, she made it her strength and started jotting down her thoughts on places and people she went and met.

She adored and loved their creations and somewhere as she grew up, got the inspiration to have her own literary creations based on her own life experiences.

She never thought of commercializing her work but jot it down in a medium that can be passed along from one generation to another.

Please tell our readers about the book ‘The Descendants’.

My mother was always fascinated by and engrossed in writing short stories but also planned and talked about a novel, which was going to be based on her own life events as well as what she knew about her father, who passed away when she was five years old, and Uttorsuri was the result.

‘The Descendants’ was your mother’s first novel. Is the story somehow related to her life or inspired by some incident or incidents she experienced? Where do you think she got the idea of this novel from? Can you shed some light on it?

Based on what she used to tell me and my cousins, she grew up hearing a lot of stories about her extended family from her mother (my grandmother).

They were extremely close, as my grandfather passed away when my mother was five years old.

As my mother grew up, different characters, both within her family as well as outsiders, shaped her will and imagination to what she became later.

Experiences she went through then, before marriage, as well as after marriage, while she travelled with my father all over India, resulted in writing Uttorsuri, which in many ways can be considered as her autobiography.

You have been continually active as a dutiful son in getting your parents’ books translated to English. What is your aim or vision behind it? Did you want the next generations to read their works? Or reach out to international readers?

As we started getting distanced, socially and in terms of physical distance, language, priorities etc., I saw that her work was not reaching out to many of her intended audience.

Many of the kids in the younger generation could not read or write in Bengali, being brought up either outside Bengal or even outside India.

My wife comes from a Punjabi/Gujarati background and she could not appreciate my Mom’s work.

Hence the initiative to get my parents’ books translated to English, to make it available to the wider audience.

If you want to reach out to the next generations and young readers, international readers, would you consider converting these books into audiobooks, since this generation is listening to audiobooks using their phone device?

I myself have become extremely attached to Audiobooks, given the fast paced life and lack of time I have for picking up a printed copy. I must admit that the fun I personally get in reading a hardcover book far outweighs an Audiobook, but I also realize that Audiobooks are already a part of our lives. So yes, I would be interested in converting these into Audio books in the near future.

The cover is beautifully designed by the author’s grandson Shivay Dhar, who also happens to be your son. Tell us something about Shivay’s art skills and how he picked up this skill.

Shivay is an 11 year old boy who is interested in many things, including the arts.

Although he cannot appreciate books written in Bengali, he is definitely looking forward to reading this translation and himself shown interest in designing the cover page for The Descendant as well as an earlier book titled Bambino, for which I am thankful to him.

What are the other books by your mother? Your father was also an author. Which were his books?

My father has three books of poems to his credit – “Jiban Pothe”, “Chhorar Chharra (English translation - “Shower of Poems”) and “Abol Tabol Dot Com” (the title shared by both Bengali and English versions).