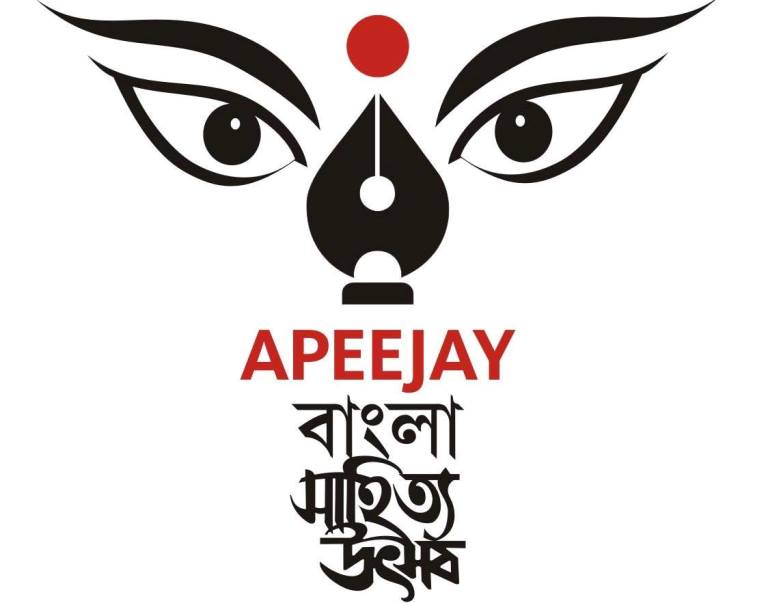 Kolkata/IBNS: The sixth edition of the Apeejay Bangla Sahitya Utsob (ABSU) curated by Oxford Bookstore in association with Prabha Khaitan Foundation was held online this year keeping the pandemic situation in mind.

This edition of the festival offered an array of discussions and dialogues between delegates from India, Bangladesh and Germany.

Swagat Sengupta, Festival Director said, “With the rising popularity of Social Media content and OTT platforms due to its worldwide reach, India’s first and only Bangla Literary Festival this year will exceed geographical boundaries, making it possible for the viewers to listen and interact with stalwarts of Bangla literature from the comforts of their homes around the globe.”

He said, “The sixth edition of the festival will feature sessions paying tribute to the legendary film-maker Satyajit Ray and actor Soumitra Chattopadhyay. It will also have discussions on sports literature, post-adulthood writings, the charting of black magic from lores to literature and many others.”

Coming on board for the first time as Associate Partners, Manisha Jain, Communication and Branding Chief, Prabha Khaitan Foundation, said, “The genesis of the Foundation had been crafted to connect the world of literature to as many as possible. By collaborating with Apeejay Bangla Sahitya Utsob, we aim to explore the richness of our Bengal's regional roots and cherish the true soul of literature."

The inauguration was followed by Lekhaye Khela : Khela Niye Lekhalikhi (Sports-writing in Literature), a session exploring the world of sports literature in contemporary times.

What was started by the iconic Moti Nandy seems to be going through a rough patch now.

Does sports writing have a relevance in present literature? Are authors willing to write fiction / non-fiction or biographies and autobiographies?

What does the voice of the Fourth Estate have to say about the same?

Does this crucial time in an individual’s life which portrays the turbulences one faces right after college to balancing personal and professional worlds, career, romance and societal influence find sufficient reference in modern Bengali Literature?

Though primarily known for his critically acclaimed movies, one cannot forgo Ray’s literary contributions through his memorable characters.

The discussion highlighted his contributions in the field of literature and the mind behind shaping these extraordinary characters.
The panelists include Debashis Mukhopadhyay, Ray Researcher and former journalist; Prasenjit Dasgupta, writer; Riddhi Goswami, Academician and Editor; moderated by Sujoyneel Bandhopadhyay, Television Host.

The session was presented with Aakhar, part of Prabha Khaitan Foundation.

The accomplished actor was also a noted author of poems and plays.

Delving deeper into his literary side, the panelists shared their personal experiences and the psyche of the personality that led him to create those plays and poems.

On the second day, Apeejay Bangla Sahitya Utsob went global and looked into the world of Bengali literature through global perspectives.

The Festival began with the session Taranather Paye Paye : Bangla Sahitye Tantra Charcha (Dark Magic in Bengali Literature).
Black magic has always been a significant theme in Bengali folklore and of late has earned a deserving position and acceptance in mainstream literature.

This was followed by Kali-Kolom-Mon: Dui Banglar Somosamoyik Sahitya (Contemporary Literature of the Two Bengals), where the contemporary literary trends in West Bengal and Bangladesh, including the likes of short stories, poems, novels, theatre and other forms of literary expressions, were discussed.

The panelists included writers Sirsho Bandhopadhyay and Sayantini Putatunda from West Bengal and Paromita Heem, Journalist and Writer from Bangladesh.

The session was moderated by Sourav Bisai, Writer, Publisher and Editor.

Cinemaye Sahitya: OTT O Bangla Sahitya  (Cinema and Literature: From Pages to OTT’s) highlighted the emerging trend of OTT Platforms and the scope of digital content in terms of creation, execution, marketing and consumption in close relevance to Bengali Literature.

Are literary works being digitized enough? What is the scope and acceptance of the same by the audience? Are sleuth series dominating the literary to OTT Platform scene?

Many such questions were answered by Debaloy Bhattacharya, Director; Anirban Chakraborty, Actor; in conversation with Mounita Chattopadhyay, TV host.

With the world being brought closer due to the digital revolution, Apeejay Bangla Sahitya Utsob brought together notable names from the world of literature from around the world.

The Festival was the first of its kind platform to bring together international names in Bengali Literature through the session Deshe Bideshe : Banglar Baire Bangla Sahityacharcha (Home and The world: Bengali Literature Around the Globe).

Apeejay Bangla Sahitya Utsob has always prided on being a platform for the traditional and upcoming voices to come together and deliberate on various topics.

If you have missed the two day Festival, you may watch recordings of the sessions on the Apeejay Bangla Sahitya Utsob Facebook and Youtube Pages.