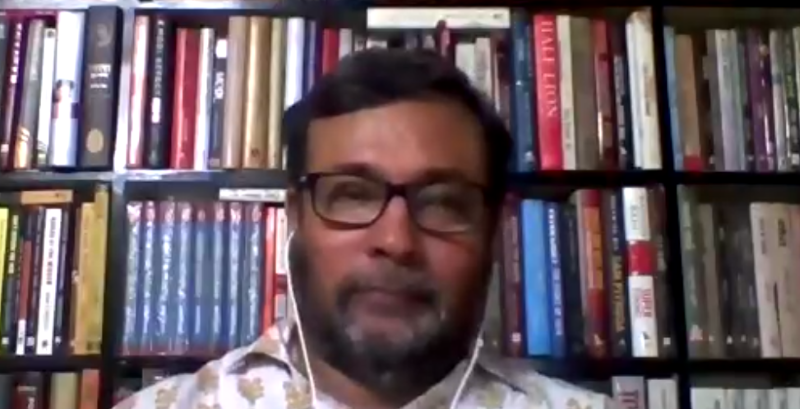 Kolkata/IBNS: At a time the Communists are losing their relevance across India, journalist-columnist-author Anant Vijay on Wednesday highlighted the alleged double standards of the Marxists.

Vijay, while speaking about his book 'Marxvad Ka Ardhsatya' at the event 'Kitaab' organised by Prabha Khaitan Foundation, said, "The weakness of Marxists is that they don't practise what they preach."

Speaking about his book, Vijay said, "My book is more about the Marxists and their double standards and not against Marxism. The only point that I raise against Marxism is that there is no mention or concern about the environment. This I think is a major oversight of Marxism."

Hitting out at the Marxist ideology, he said equality cannot be achieved ever, and it is something which people have realised over the years.

"All things can't be equal. That is the law of nature. People over the years have realised that Marxists only get benefited from their dream of achieving equality, be it in West Bengal or Kerala or Bihar," said the author.

The Communist Party of India (Marxist), which ruled West Bengal for 34 years until the party was voted out of power in 2011, has lost its political relevance in the eastern state in the last nine years, getting its vote percentage reduced to single digit.

However, Vijay does not feel Marxism will ever die as an ideology. "No ideology ever dies. Marxism is like a Phoenix bird," he said.

Regarding Marxism, BJP Rajya Sabha MP Bhupender Yadav, who was the chief guest at the event, said, "We (his party precisely) don't disregard ones who do not believe in God. We are not sure about God's existence. But Marxists want to establish their belief of non-existence of God as a judgement."