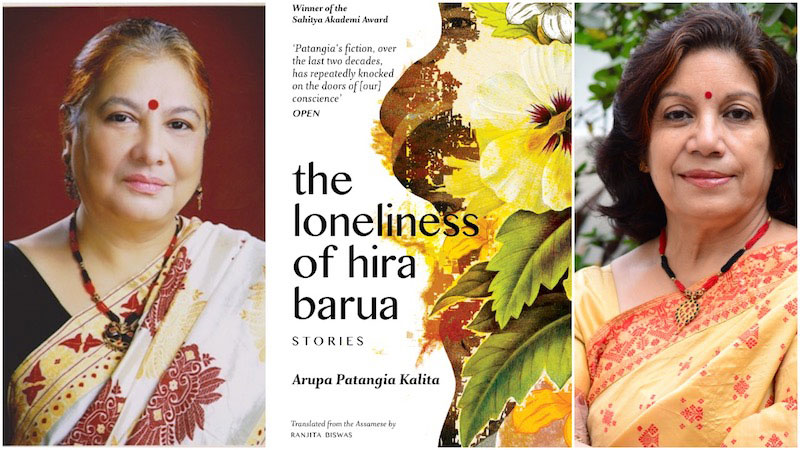 The Loneliness of Hira Barua: Tales of human suffering and resilience from Assam

Stories of people caught in socio-political conflicts on the background of the turbulent years in the Brahmaputra Valley are at the heart of the newly published book The Loneliness of Hira Barua by Pan Macmillan.

The book, translated by Sahitya Akademi Translation Award winner Ranjita Biswas, is authored by Arupa Patangia Kalita, one of the most powerful figures in contemporary Assamese literature scenario today.

The Assam Valley went through a prolonged period of unrest from late 1970s to the 90s due to an agitation (andolan) against illegal immigrants.

The author’s stories are focused on the suffering of innocent victims, particularly women, as what started out as a peaceful agitation later deteriorated into mindless violence indulged by some factions.

Later, it spilled over to other areas in the valley as well with people looking for self-rule.

In one of the stories Kalita writes: “The real danger is heralded by the ones with two legs. They could shoot down everyone in sight as if they were birds; they could put the houses on fire if they fancied. So the people remain fearful -like cattle after escaping from a burnt-down shed and now so scared as to fear even the hint of a red cloud.” (The Half-burnt Bus at Midnight).

However, The Loneliness of Hira Barua has also stories of resilience and optimism (The Man who Planted the Palm Trees), of people rising above their circumstances, as well as narratives with an incisive observation of human behaviour (A Warm Jacket for the Son) and a deep compassion for the downtrodden as in the searing tale of a ragpicker in Delhi’s railway platform (The Auspicious Day).

Ranjita Biswas, who translated the book, is a journalist and short story writer and has also penned award winning children’s fiction.

Besides publishing five translated works, besides this new one, she has written the coffee table book Brahmaputra and the Assam Valley portraying the socio cultural life of Assam built around the river, and travelogue Notes from a Spanish Diary on her travels in the Iberian Peninsula.

She received the KATHA award for translation a number of times in the past.