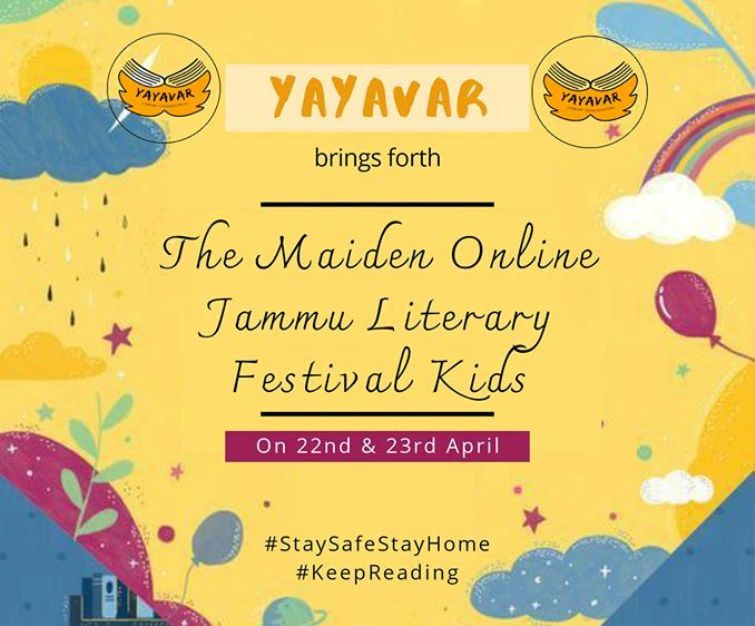 Jammu/IBNS: Organisers of the Yayavar Literary Festival for Kids have decided to take it online rather than cancel or postpone this event, which will be held on April 22 and 23 this year, and was scheduled to be hosted in Jammu.

Founder Director Nupur Sandhu said that the festival endeavours to rekindle the habit of reading books among children.

The online feature has resulted in widening the boundary of the festival.

Along with children from Indian schools (10 schools from Jammu and one each from Ayodhya, Gururgram and Coimbatore), there will be children from schools in the US, Egypt, Russia and Australia.

Books written by seven Indian authors - who will also actively participate – will be discussed.

Earlier children had reviewed the books and the questions were forwarded to the authors, who replied through recorded messages.

A back end team put together each author’s bio with pictures, book synopsis with illustrations, and the recorded answers, which will be presented during the festival.

This will be followed by live discussions, the organisers said.

The organisers had asked children up to 12 years of age to send in drawings based on the theme of Nature and Friendship, which were later woven into stories.

The festival will have eight sessions between 10am and 2pm on both days.