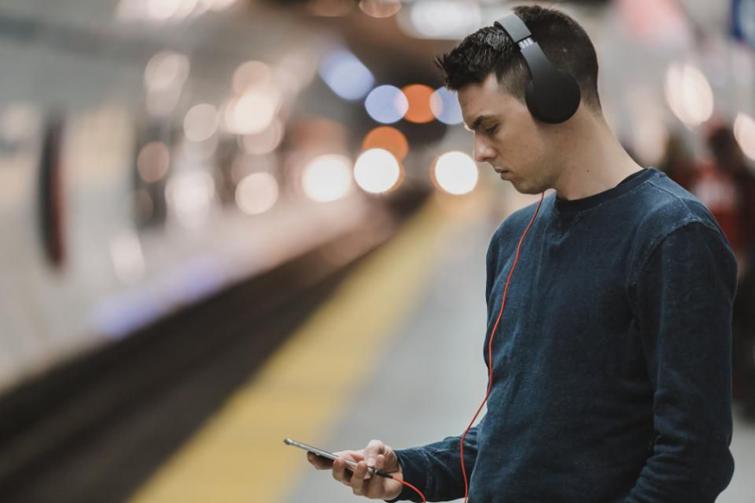 Kolkata/IBNS: Driven by the fear of contracting Covid 19 virus by touching surfaces, social distancing and lockdown in place, audio books are a big solace not only to regular readers but many who are housebound.

As the popularity of audiobooks grow rapidly worldwide, as world leaders in audiobooks like Amazon Audible and Storytel launch their services in India, Power Publishers & Motion Pictures of India leads in providing the service of book to audiobook adaptations.

After the launch of Netflix in India in 2016, many readers switched from reading printed books to watching films on phones.

During such a rapid transition of habit of book readers, book publishers are feeling the need for digital form of books more than ever before.

Ebooks have been introduced more than a decade back in India, but have failed as an alternative to printed books.

The digital form that seem to be catching up, to win back the lost book readers, is the audiobook.

Both the companies are actively preparing Indian regional language content.

Later they also connected with Audible.com.

“We help the publishers and audiobook platforms to shortlist the best titles to be adapted to audiobooks. Then we select professional voiceover artists from our paneled voiceover artists. We record the audiobooks in our state of the art sound studio under the supervision of the best audio engineers, followed by proof listening, to correct the errors of pronunciation; edit out the page turning and breath sounds, add intro and outro music, sometimes add ambient sounds to make the listening more interesting,” said Pinaki Ghosh, founder of Power Publishers & Motion Pictures.

Said Olivia Chatterjee Biswas, who heads and manages the audiobook division of Power Publishers & Motion Pictures, “Audiobooks make it possible for readers living in a different state or country to access their favourite new books in their mother tongue from any corner of the world. A Bengali reader residing in Kutch (Gujarat) wrote to me, thanking us, that he can hear new Bengali books sitting in Gujarat, where Bengali books are hard to find. All they have to do is download an audiobook app that has Indian audiobooks,” says

What happens to the books after they are adapted to audiobooks?

Sometimes, when book publishers get their books converted to audiobooks, they make them available from their own website.

The cost of book to audiobook adaptation is approximately Rs 5,000 per hour of output.

A standard book which would convert to a 4 hours audiobook, would cost Rs 20,000 for book to audiobook conversion.

When uploaded to an audiobook platform at Rs 200 MRP, with a 50-50 revenue sharing with the platform; the author would earn Rs 100 per download. That means in just 200 downloads the author would break even the investment of Rs 20,000.

The increasing popularity of audiobooks has also generated opportunity and employment for voiceover artists, at a time when the popularity of FM Radios are downward, according to Power Publishers.

As the world goes digital, audiobooks seem to be the possible future of books and book-to-audiobook adaptation services as offered by Power Publishers & Motion Pictures is of great help to authors, publishers and voiceover artists.