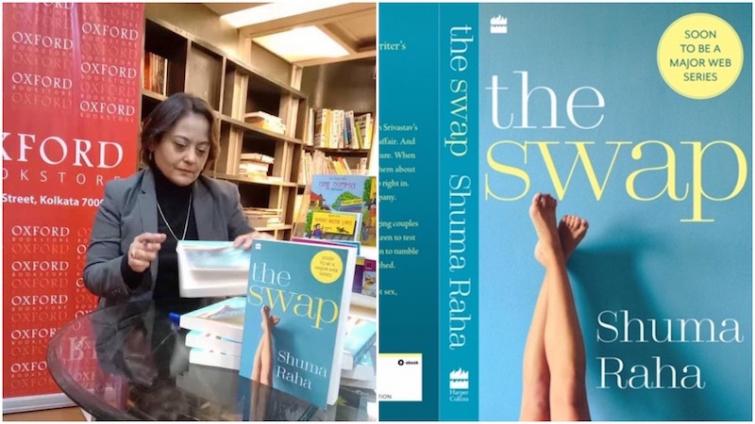 Winner of the Juggernaut Short Story Prize (2017), Shuma Raha is the author of The Love Song of Maya K and Other Stories (2018).

The former journalist  with The Telegraph and The Times of India and a columnist presently, Shuma Raha drew attention with her first book itself, a collection of short stories. This time, she came out with her debut novel with The Swap (Harper Collins).

"The Swap is a  novel about a section of affluent, upper middle class Indian society and its attitudes to marriage, sex and morality," said the writer who is earning good reviews for churning out a novel that is "witty and racy". 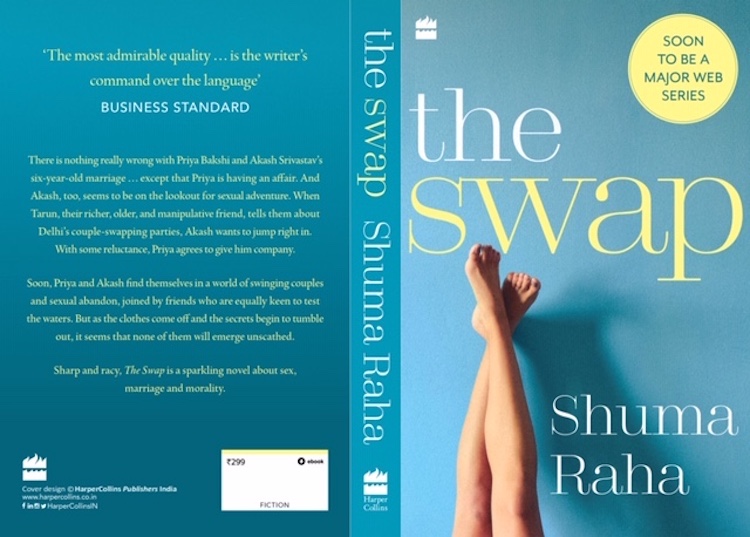 “Set in Delhi, The Swap is a story of love, sex, and marriage centered around the practice of couple swapping. It’s great for a screen adaptation because it is plot-driven, has believable characters and situations, and tells a powerful story about urban India and its willingness to push the boundaries of sexual freedom,” said the writer who   when not writing fiction or getting worked up over current affairs,  dabbles in literary translation.

Meanwhile, actor and producer Prabhleen Kaur, who has worked along with Rajkummar Rao in Hansal Mehta’s National Award-winning film Shahid and has done popular shows like Aap Ki Antara on Zee TV  and Mohe Rang De on Colors channel,  has acquired the rights of  ‘The Swap’.

It will be adapted into a mega digital show which will go on the floors in early 2020 under her production banner Almighty Motion Picture.

Speaking about the book, Anish Chandy of Labyrinth Literary Agency said, “The Swap received adaptation interest from a number of producers. We eventually went with Almighty Motion Pictures because of the pedigree of Prabhleen Sandhu and the fact that it’s been promoted by Sunil Bohra who has an exceptional track record with a difficult subject.”

There is nothing really wrong with Priya Bakshi and Akash Srivastav’s six-year-old marriage … except that Priya is having an affair. And Akash, too, seems to be on the lookout for sexual adventure. When Tarun, their richer, older, and manipulative friend, tells them about Delhi’s couple-swapping parties, Akash wants to jump right in. With some reluctance, Priya agrees to give him company.

Soon, Priya and Akash find themselves in a world of swinging couples and sexual abandon, joined by friends who are equally keen to test the waters. But as the clothes come off and the secrets begin to tumble out, it seems that none of them will emerge unscathed.