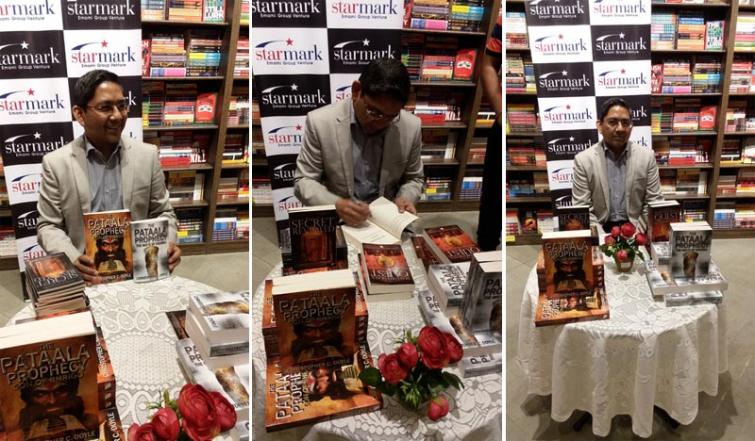 The second book in the widely popular Pataala Prophecy series, ‘The Mists of Brahma’ is a mix of fantasy and adventure.

A horrific carnage stuns the Sangha. But nothing the Sangha can do will protect the world against another onslaught from Pataala Lok.

There is only one way out. An ancient mystery. An enigma so perilous that it is feared by even the Maharishis of the Sangha.

When a shocking development threatens to turn her life upside down. Maya has to solve the mysteries in her father’s diary. But she cannot imagine the unspeakable consequences of her decision. Arjun and Maya will have to confront a new, powerful enemy.

Doyle, who is also a musician, is the author of the hugely popular The Mahabharata Quest Series. He pursued a career in the corporate world after graduating from St. Stephen’s College, Delhi and IIM, Calcutta.