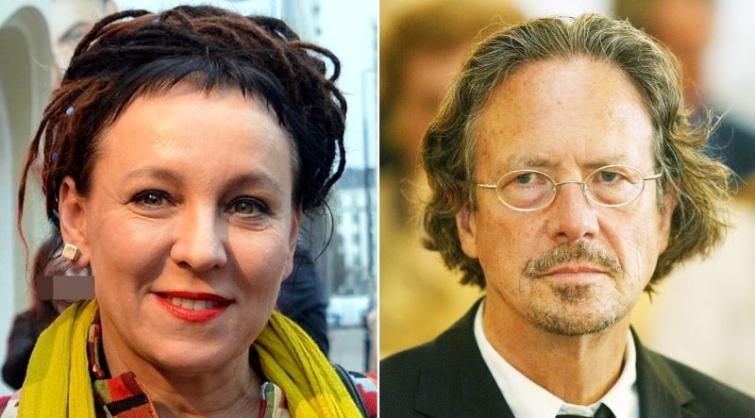 The prize was not awarded last year.

Tokarczuk has been awarded the prize “for a narrative imagination that with encyclopedic passion represents the crossing of boundaries as a form of life.”

Handke has been awarded the prize “for an influential work that with linguistic ingenuity has explored the periphery and the specificity of human experience.”

Tokarczuk was born in 1962 in Sulechów in Poland, and now lives in WrocÅ‚aw. She made her debut as a fiction writer 1993 with ‘Podróz ludzi KsiÄ™gi’ (‘The Journey of the Book-People’).

Tokarczuk’s real breakthrough came with her third novel ‘Prawiek i inne czasy’ 1996 (‘Primeval and Other Times’, 2010).

Handke was born 1942 in a village named Griffen, located in the region Kärnten in southern Austria.

Handke’s debut novel ‘Die Hornissen’ was published in 1966. Together with the play ‘Publikumsbeschimpfung’ (‘Offending the Audience’, 1969), he certainly set his mark on the literary scene.