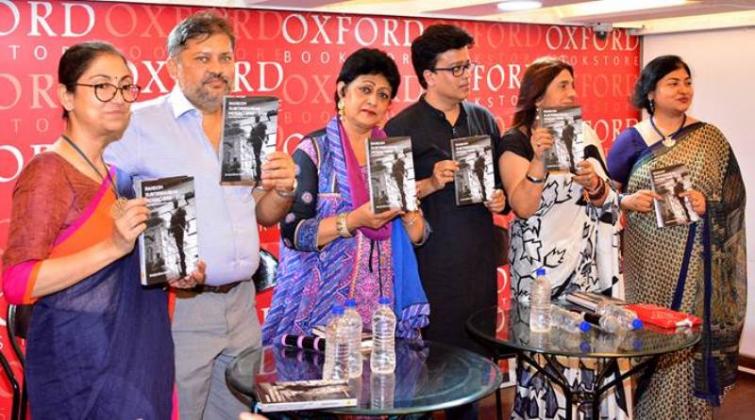 This book is a diary with a common strain to everything, says author Sabarna Roy of his newest work

As the name suggests, the book is a collection of the author’s thoughts, observations, and experiences spanning a period of seven years, the best part of this rapidly evolving decade. 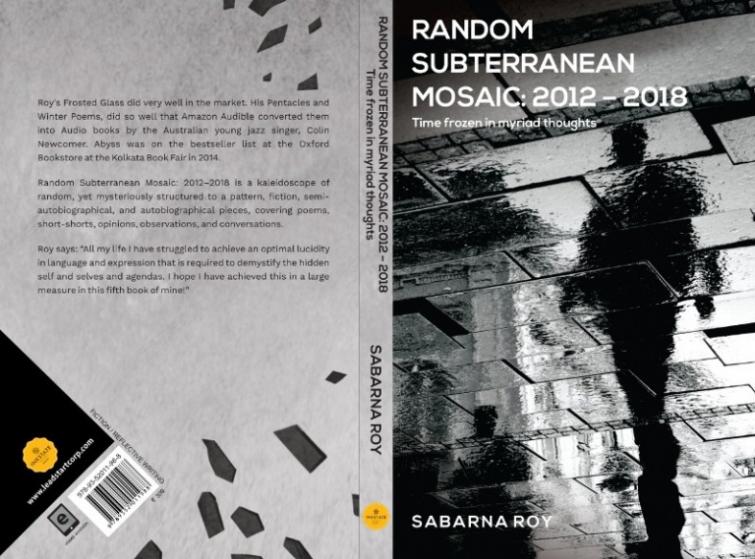 Reflecting upon life and the world around usand translating those musings into prose and poetry has been Roy’s forte for quite a few years now.

An engineer by training, and a senior vice-president at Electrosteel, he is also the author of four previous titles – Pentacles, Frosted Glass, Abyss, and Winter Poems – that have received both critical acclaim and a strong response from the reading public, including a significant degree of commercial success.Abyss, in particular, gained bestseller status at the Kolkata Book Fair. Asked to summarise the essence of Random Subterranean Mosaic: 2012-2018,Roy said, “This book is basically a diary, you know. It consists of various kinds of pieces. Some prose pieces which are autobiographical, semi-autobiographical; there are poems; there are political pieces; there are conversation set pieces; there is an understanding of certain kinds of philosophies… So, it is a combination of various kinds of things, but at the end of the day, I think there is a common strain to everything. And some people are saying that this could a form of a novel.”

Roy added that this book had been a work in progress for a long time – with the precision of an engineer’s mind, he explained that he had written some 450 pages of A4 size, in a certain font and font size, “without any spacing”, details that also gave listeners an idea of the amount of writings he had accumulated over the years, from which the final book took shape.

The author has to thank his secretary for nudging him in the direction of turning his writings into his newest book. In September 2018, the secretary pointed out to Roy that while he had been under pressure from his publisher since 2016 to come up with a new book, he already had the material he needed – those 450 pages written over seven years. In response, the author went on a holiday to the hills and began reading his own accumulated writings. With a ruthless hand, he discarded two-thirds of those 450 pages as “unpublishable” despite the many “brilliant ideas” they contained. The distilled one-third of his writings then came under the even stricter scrutiny of his publisher and emerged as this complete ‘mosaic’.

About the thread that runs through Random Subterranean Mosaic: 2012-2018, a statement from the publisher said, “The author has taken a stroll in his life from 2012 to 2018 and recollected those life affairs which are closest to his heart, the occurrences of encountering people and emotions attached with them which led him to the path of self-actualisation and the realisation of others’ psychic state of being.”

Author Sourabh Mukherjee, best known for his psychological thrillers and dark romantic fiction, remarked, “Sabarna Roy’s book is a bold, uninhibited depiction of the deepest recesses of the human mind, and its fears, insecurities and vulnerabilities in the modern social, economic, political milieu. The anecdotes, essays, short stories and poems leave the reader with fodder for deep introspection, as well as a candid view of the changing world order.”

Ruma Chakraborty, whose field of work is language, felt, “Random Subterranean Mosaic is a modern epistolary novel, written not in the form of letters but insightful musings that are subjective yet drawing the readers to make their own interpretations. A riveting read.”

As the author, Roy said that he believed this book would find a wide readership because it offered a certain ease of connecting with his thoughts.

Meanwhile, even as Random Subterranean Mosaic begins its journey into the world, the author is thinking of his next work, which should be published in the next two years.