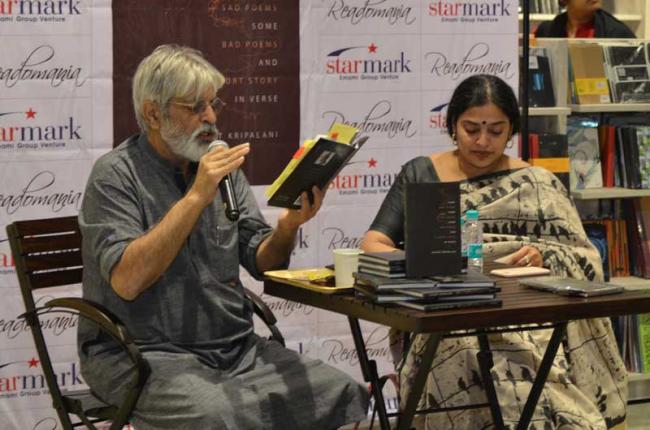 Kolkata, Mar 10 (IBNS): Starmark, in association with Readomania, hosted the launch of eminent actor, director and writer Jayant Kripalani’s third book and first book of poems—Some Mad Poems, Some Sad Poems, Some Bad Poems and A short Story in Verse— at its South City Mall store.

After the launch of the book (which is also Readomania’s first book of poems) Malavika Banerjee, Director, Tata Steel Kolkata Literary Meet, was in conversation with the author.

It is a collection of wonderful poems that he has created over time. The poems, sometimes satirical, sometimes allegorical reflect the times we live in. The book has two parts, the first being a collection of general poems and the second being a short story narrated in verse. 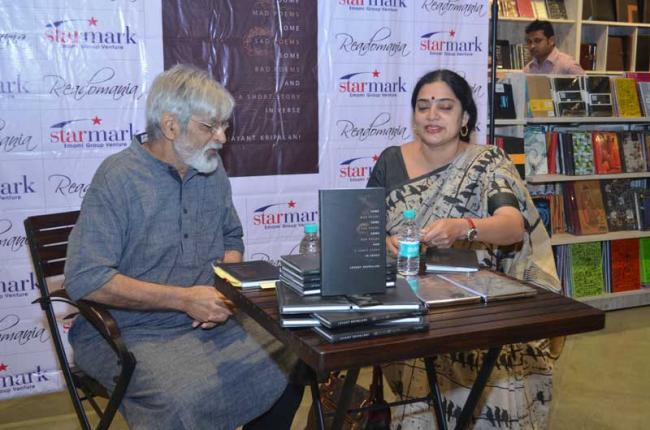 Jayant Kripalani is a film, television and stage actor, writer and director, known as one of India’s first small-screen stars for his work in TV serials of the 1980s like Khandaan and Mr Ya Mrs, and Ji Mantriji (2003) – the Indian adaptation of BBC’s satirical sitcom Yes Minister.

He has played character roles in films like Heat and Dust (1983), directed by James Ivory, Rockford, in the Bollywood sci-fi thriller Alag, in the 2008 blockbuster Jaane Tu. . .Ya Jaane Na, in 3 Idiots, and, most recently, Hawaizaade and The Hunger.

He wrote the screenplay for Shyam Benegal’s film Well Done Abba. He also wrote the scripts for the original Ghar Jamai which was aired in the old TV days of Doordarshan. 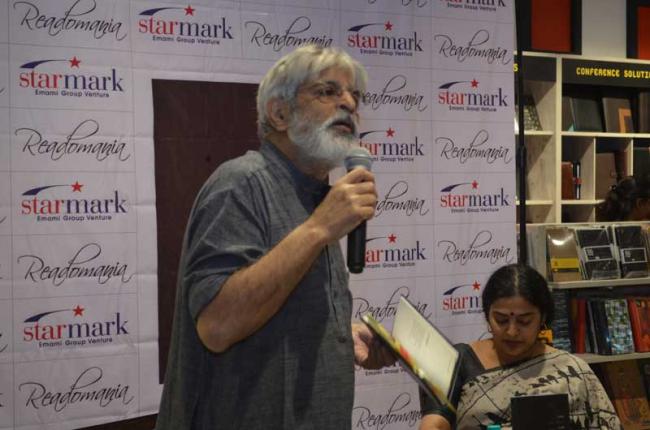 He has written and produced PC aur Mausi — a mini TV series which explored the prejudices a 'mausi' (maternal aunt) had with the advent of the 'dreaded' personal computer (PC) in the mid-1980s in India.

Among his earlier works is an educational TV programme in which children explored the statement "Why is Water Wet?" in a successful format.

He also acted as a quiz master in an infotainment channel's quiz show.