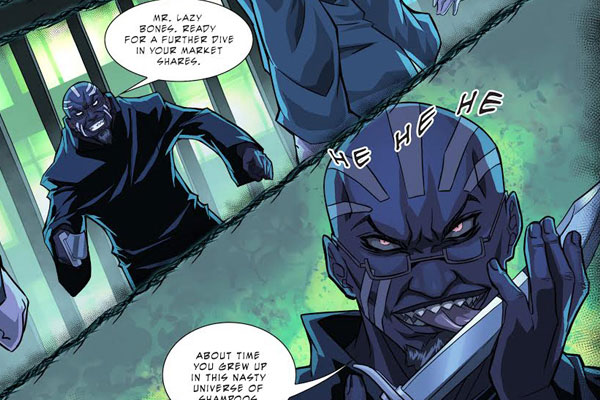 India BloomsNews Service | | 27 Jul 2017, 04:11 pm
#PowerPublishers, # ComicBookArtists, # IndianComicBookIllustrators, # MadeinIndia
Art in its various forms have always found appreciation in India and it is indeed no surprise that Indian comic book artists are now in global demand and overseas publishers lining up to get their artworks done by Indian artists.

Now that comic book artists in India have mastered the art of painting their Gods and Panchatantra characters to perfection, they are extending their interests to illustrating cartoons, manga-style art and super-hero action comics.

Power Publishers, one of the leading self-publishing companies in India, has been running a comic-book arts division for several years now.

The website called comicbookartists.com has everything that budding artists as well producers and publishers of comic book arts need to know.

A bulk of the trained artists working for comicbookartists.com are Indian and have been working for international clients ranging from publishers, magazine editors, film makers and script writers with their flawless global standard art and attention-to-detail.

The founder of the company, Pinaki Ghosh, who has been an illustrator himself, said that running the division for over a decade has been possible because of the multi-faceted talents of his army of artists and the sheer passion for the craft that they exhibit.

“We have had clients from international waters demanding unique artworks and stand-out character illustrations, which were tall orders yet exciting projects for the artists to work on,” said Ghosh.

When asked why overseas publishers are so interested to get comic book art developed by Indian artists, he said their artwork has the same dimensions and detailing as the top-ranked illustrators of the world, but their rates are considerably low, making it the perfect alternative for small-time producers and publishers who might not have a huge budget.