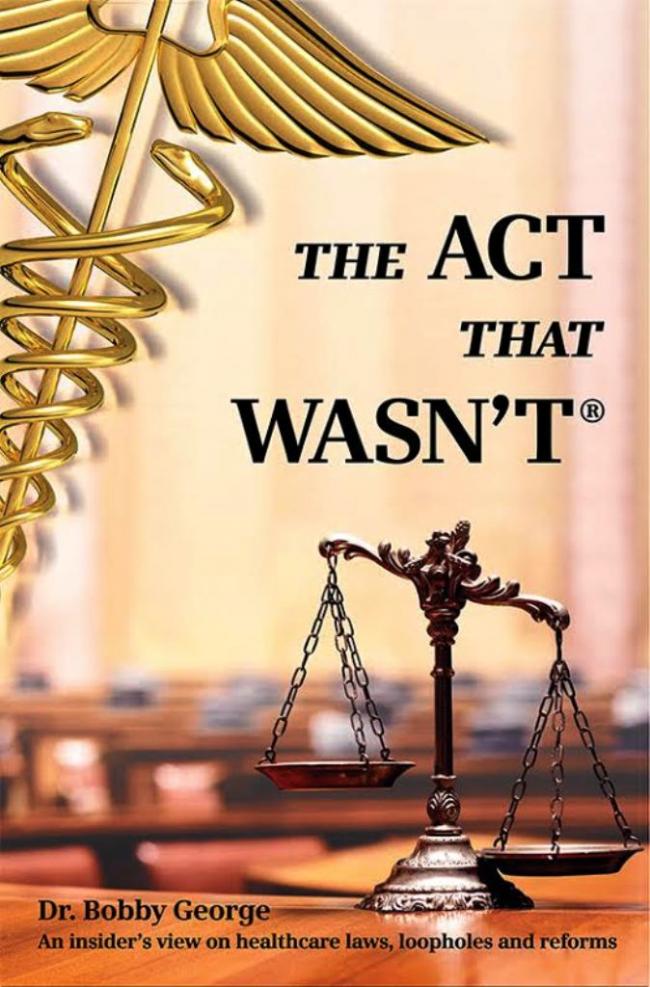 India Blooms News Service | | 04 May 2017, 10:26 am
#TheActThatWasnt, # DrBobbyGerge, # PowerPublishers, # Healthcare, # HealthcareLaws
Kolkata, May 4 (IBNS): How well do you know your the law? Well, before we start taking a little guilt trip of our own, conclusive data has revealed that 9 out of 10 people around us do not know their law and rights very well.

But, what really is shocking is that our law-makers and government bodies, who are in charge of knowing and enacting the laws, are not very well-versed either with the sea of Acts that the Indian constitution consists of.

Even more shocking is the fact that around 6,610 Acts were enacted under the British colonial hegemony.

Out of them, only a handful are being utilised by the various government sectors.

But, here is some comforting news.

Power Publishers’ newest release, 'The Act That Wasn’t', by Dr. Bobby George covers all the facets of various Acts that exist (especially in the healthcare industry) and how they can benefit us in all walks of life.

Writes the author in the Preface, “I have been deeply concerned with the erosion of social values, and the dominance of anti-social, unethical market forces in the field of health sciences."

He added that he has not only included certain suggested improvements in the healthcare sector that can be brought in through the implementation of several mentioned acts but also drawn comparisons between India Acts and those existing in developed societies to ensure future scopes of improvements.

We are hoping that readers will not only be enlightened about the various kinds of lawlessness existing in society but also define for themselves a more responsible path for widespread well-being.

Beside imparting essential knowledge, the book also praises the present central governing body for retrieving 1,741 Acts and working on their effective enactment in liaison with the present social and economic scenario of India.

Also, India might be lagging quite behind in the arena when compared to its Western counterparts, the rise isn’t very steep for us and there is definitely immense scope of improvement.

Priced at Rs 345, this book might just be the perfect healthcare law guidebook you might want to keep for safety reasons.

Grab your copy from power-publishers.com, ebay.in, flipkart.com and snapdeal.com.