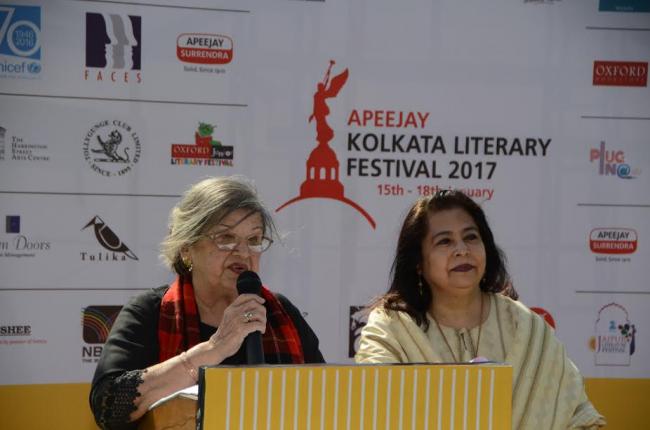 AKLF 2017 focuses on the inclusiveness of Kolkata say organisers

India Blooms News Service | | 07 Jan 2017, 12:12 pm
#AKLF2017, #literaryfestivalinKolkata, #ApeejayKolkataLiteraryFestival, #OxfordBooststore, #inclusiveness
Kolkata, Jan 7 (IBNS): Kolkata and the Hooghly river flowing to the west together symbolise inclusiveness in today's world of exclusiveness, the reason why the Apeejay Kolkata Literary Festival (AKLF 2017) organisers chose to announce the programme and its theme on a boat cruise down the river on Friday.

Said to be India's only literary festival created by a bookstore and Kolkata's first literary festival, the eighth edition of AKLF, presented by Apeejay Surrendra Group and Oxford Bookstores, is slated to begin on January 15 this year.

"This literary festival plans to showcase the city to the world and the world to the city," said Maina Bhagat, one of the two directors of the festival, "not only through literary discussions but also through a youth film festival, a literary festival for the youth, photography exhibitions, poetry cafe and lots more."

"There is no heritage site more intrinsic to Kolkata than the river whose banks it stands on, perhaps the very reason for its existence as a city is this river. In 2017, at the eight edition of our festival, AKLF’s agenda is to start conversations about inclusiveness as the only cure for frayed societies," she said.

Said Anjum Katyal, also a director of AKLF, "It's time to open out our cities, our communities and our hearts, to make space for everyone to come in. It's time for each of us to highlight the urgent need for inclusiveness; and we urge everyone to make a start by joining the conversations at AKLF 2017. Our 2017 festival journey, starting today on the banks of the Ganga, will culminate at St. John's Church, where we will end our festival with a candlelight vigil in solidarity with the ideal of an inclusive society.”

AKLF 2017 will introduce for the first time, Plug in, as a tribute to Nobel laureate Bob Dylan, showcasing the best young musicians in Kolkata across genres. To be held at St Paul’s Cathedral Grounds, the music festival will kick off in the evening after 7.30 pm from Jan 15 to 17. Headliners include No Strings Attached; Underground Authority; Ritornellos; Paloma & Adil, and Sambit. 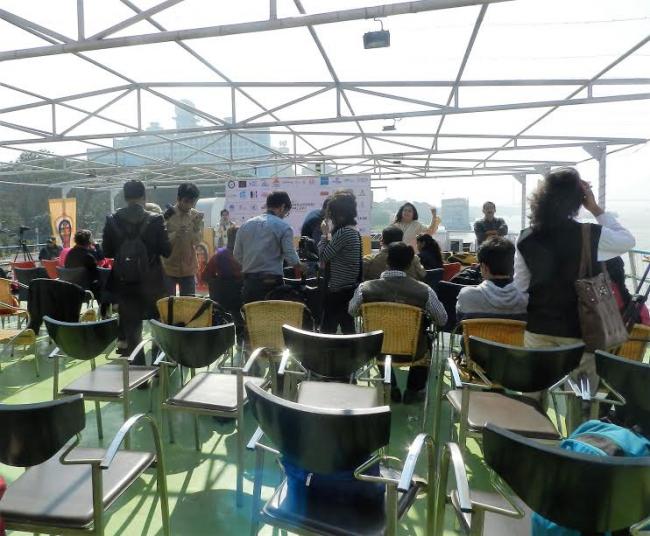 In 2017, Apeejay Kolkata Literary Festival will host The Oxford Junior Literary Festival (OJLF), another first. At this two-day literary festival (Jan 15 and 16) for young readers, children from Future Hope NGO and other shelters outside Kolkata will be the chief guests, said the organisers.

“As part of the literary festival, we are organizing workshops with select authors and children to encourage them to write on "What I hope for every child" said Meital Rusdia, Chief, UNICEF West Bengal.

The theme for the inaugural session is  Black and White, where Shashi Tharoor will discuss the legacy of the Raj in continuation of his popular speech at the Oxford University that went viral recently followed by an interaction with UK publisher Michael Dwyer.

One of the discussions will be on 'The Superwoman Syndrome How do popular narratives represent Women of Substance?' with Shobhaa De, Naina Lal Kidwai, Rupali Basu, and Sudha Menon as speakers.

There will be special emphasis on poetry and poets through the Poetry Cafe.

An international youth film festival, iLead-O-Scope 2.0, will be held at iLead's campus in collaboration with AKLF on Jan 16 and 17.

The four day long, multi-faceted AKLF 2017 will see the release of Lynn Deas’s book Horse racing in India – A Royal Legacy, Priti Paul's ABCDesi, an unusual first book of English alphabets and Indian imagery, among others, the organisers said.

Shortlist of the Oxford Bookstore Book Cover Prize will also be announced during AKLF 2017.

In keeping with the cultural spirit of Kolkata, the programme ended with folk songs by Ashok Saha of Bhromora and a sumptuous lunch,