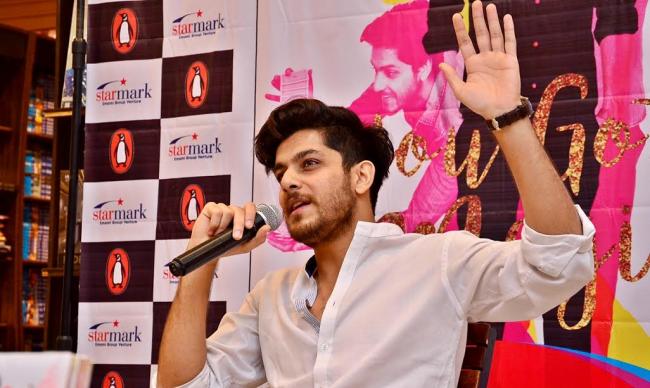 In India, magic as a genre needs to be modernised believes mentalist Neel Madhav

He was recently in Kolkata promoting the book written by him and Vinita Madhav and published by Penguin, which was launched in the city at the Starmark bookstore.

The name of the book coincides with his popular travel-cum-street-magic show on NDTV Good Times, You Got Magic with Neel Madhav.

He spoke at length on his experiences, his journey so far, and what it’s like to be a magician in India, in an extremely frank, no holds barred interaction with the audience.

"Here, the image of a magician is someone who wears a turban and a sherwani and does abracadabra-gillygilly-june-july. I still remember this magician who had come for a birthday party, and I was so terrified of him, that I simply started crying," he recalled from his earliest experiences of a magic show.

"The way magic is shown in India is not the right way, and I felt that some changes had to be made," said Madhav, talking about the concept of magic.

The mentalist that he was, Neel Madhav soon had the audience listening intently to his narrative of how he became a magician. 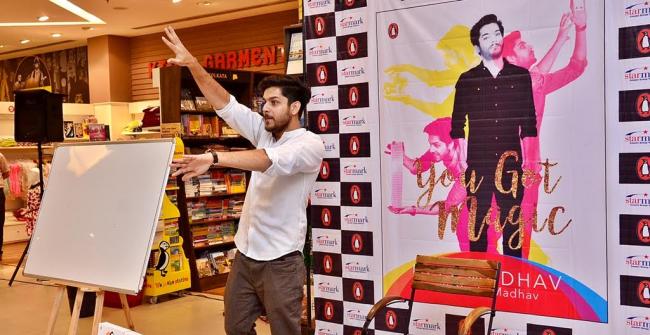 When he could not attend magician Jason Randall's programme in Boston, he met the magician separately.

"Sir, I couldn’t watch your performance, so could you please show me something?" Neel Madhav told Randall.

"And he figured that I was not in the best of moods," continued Neel Madhav, "So he went on showing me one magic trick after another. By the time it ended, I was the happiest person alive. And two hours later, I forgot that I was sad earlier.

I couldn’t stop thinking how he changed my mood."

The following day Neel Madhav went up to Randall and asked him to show him how to perform the tricks.

Magician Randall asked him to read a book by Paul Wilson, a book that was 700 pages long.

"After four months, I wrote to him saying that I had completed reading the book. Randall asked me to read the next seven volumes," said Neel Madhav.

"After reading the tomes, I got pretty good at performing the tricks. At first it was a hobby, then a passion, and then turned into a profession and now it’s a part of me," he said.

Talking about his own book, he said, "Magic for me is a life hack, and no matter what age you are, everyone wants to believe in that one thing that they cannot explain, that one experience that they will remember all their lives."

In You Got Magic, he traces his life-changing journey with magic, and reveals wacky and extraordinary tricks with which one can amaze  friends and family.

Simple yet innovative, these ‘Neelusions’ are brought to life with step-by-step instructions and photographs. 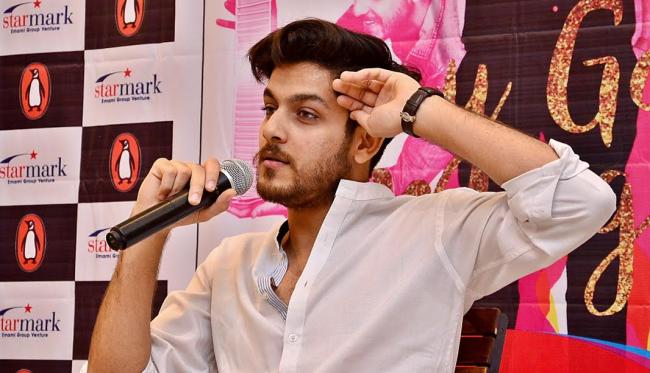 "The last famous magician was P.C. Sorcar," said Neel Madhav, "That was 20 years ago. Since then magic as a genre has not advanced in our country."

"We don’t care for things that are even a day old. Even magic needs to be modernized from what it was 20 years ago. Even people like Ugesh Sarcar flopped majorly because he would just copy Criss Angel. People found it scary and weird. Magic shouldn’t be perceived that way. I had told him this straight on his face, and he just responded with a ‘Thanks.’ "

Admitting how it was not easy to convince his parents, he said," My dad is an investment banker and he is from Harvard Business School. So for someone like him, it was very hard to accept that his younger son wanted to be a magician."

"Then I happened to meet James Randi, an 80-year old man who is also the godfather of many contemporary magicians," said Neel Madhav, "He uses a walking stick, is bald and has a beard that is as long as Dumbledore’s. His walking stick has a skull with a beard."

Randy walked up to me an at event in Goa where I was performing tricks and said, “You are a very different kind of an Indian magician that I’ve come across.”

"He sat me down and asked me what I wanted to do. Our conversation lasted for four hours. . He later called up my father and said that i had managed to achieve in two to three years what others normally take seven to eight years. My dad was convinced finally. But I had a deal with him, that I’d do my MBA after I became a magician."

By this time, the mentalist had correctly guessed the type of card and its number chosen by a participant, a memory thought of by another, and even a word of a book chosen by another. The audience, ranging from 9 to 60, were enthralled and further cheer for him.

"The difference between performing magic shows in rural and urban areas is that while urban people are open to mentalism and mind reading, people in the rural areas prefer more visual tricks," said Neel Madhav.

For Neel Madhav, the magician, it was a process of trial and error till he got it right. "And then I decided to mix travel and magic and I produced my own show," said the mentalist.

Talking about the innumerable comparisons to other mentalists, he said, "When people compare me to magicians like David Blaine, I feel overwhelmed but I don’t believe I’ve reached their standards yet."