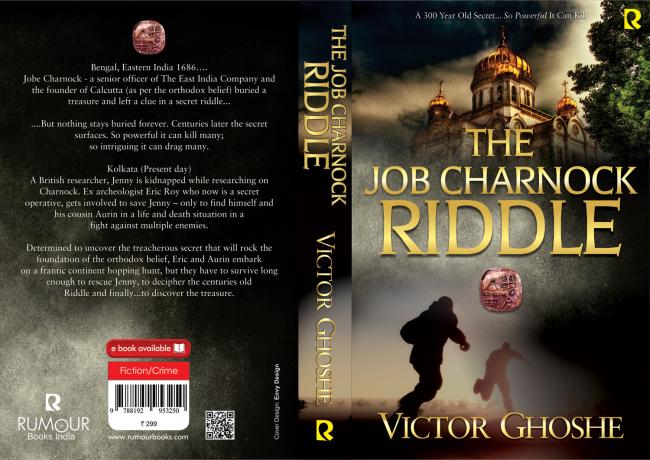 The new book is part fact, pact fiction that dwell in both the past and present times, trying to bridge a a gap between the two.

Soumitra, who had acted in a movie that dealt with Charnock, said, "We are evidently aware of Job Charnock, who he was and the role he played in the expansion of the British Empire in India."

Soumitra also regaled the audience with a spooky story based on a  real incident. He recalled the day he worked at the All India Radio and how he had once met a ghost, who wore traditional costume resembling the Victorian era.

"I still don't know if ghosts exists, but I'm scared of them," the Dada Saheb Phalke awardee said.

Speaking about the subject of his book, the author said, "I was reading a book in 2010, when it caught my attention that the treasury of Sayesta Khan was looted. It is well documented. Then cut a few years later, Job Charnock emerged as a powerful man. I was intrigued as to what happened in the meantime, why isn't there any information on it. So i started writing a plot surrounding it."

About his favourite genre, Soumitra said, "I love reading down to earth thrillers, books that can deliver a sense of nature and surrounding."

The author said that working as a communication specialist have shaped him into what he has become today.

"Every author learns from his job. People add value to your life, we learn from them too."

When asked if books in the form of paper will sustain in the near future, he said, "This charm has to stay on, at least for the next 100 years."

The evening was not void of drama either as Anik Dutta took up the micro phone and asked Ghoshe not to commit to too many people as he is likely to make a movie out of it.