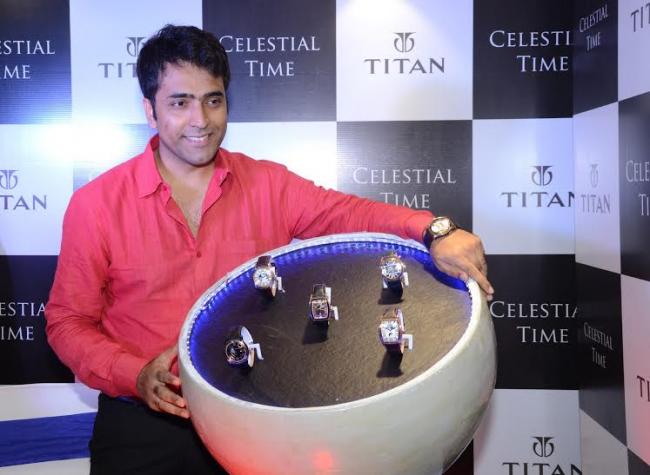 The event took place at the World of Titan retail shop located at Gariahat area in Kolkata.

Chatterjee, who wowed cine-goers with his roles of sleuth Byomkesh Bakshi and Feluda said, “I feel very proud to be a part of this celebration. To tell you the truth, this showroom and the brand is nothing new for me. I have bought watches from here. As a child we weren’t allowed to wear a watch. The only exception was during exams. I would wear my grandfather’s watch and every time and it was a Titan watch. So, that says a lot about how important Titan is to us, Indians.”

About the new collection he said, “This new Celestial Time collection is aptly named. It is for the new generation, the go-getters, for whom the sky or let’s say the moon is the limit.”

Srinivasan said, “We are very pleased to launch this new celestial time collection from Titan. It is a beautiful moon faced watch with twelve variants that comes with our own specialization of moon faces which we were very very famous for. We have re-launched it in a new avatar, called the Celestial. It’s for men at the moment. It’s a very interesting watch and has a very interesting idea behind it. It follows the moon if you take a look at it carefully.”