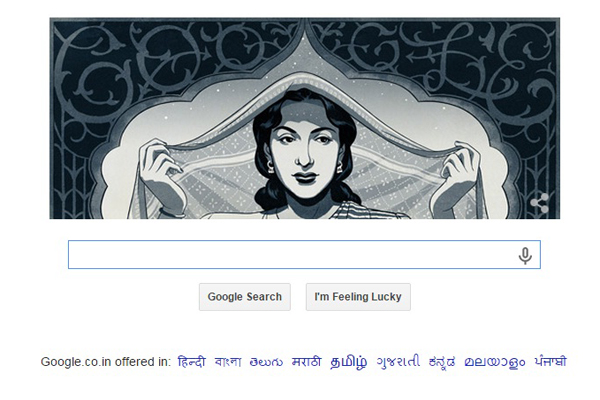 In place of the Google logo, netizens can see a beautiful doodle depicting a sketch of the late actress holding her dupatta.

Nargis made her screen debut as a child artist in Talash-E-Haq in 1935, but her acting career began in 1942 with Tamanna.

During a career from the 1940s to the 1960s, Nargis appeared in numerous commercially successful as well as critically appreciated films, many of which featured her alongside actor and filmmaker Raj Kapoor .

One of the best-known roles of Nargis was that of Radha in the Academy Award-nominated film Mother India (1957).

Her husband was another popular Indian actor Sunil Dutt.

They have three children together- Sanjay, Namrata, and Priya

Nargis is remembered for her performance in films like Mother India, Shree 420 , Awaara and Barsaat.

From Charlie Chaplin to Marie Curie, Google doodles not only celebrate birth anniversaries of great personalities, they also make users know about important dates through designs and animations.