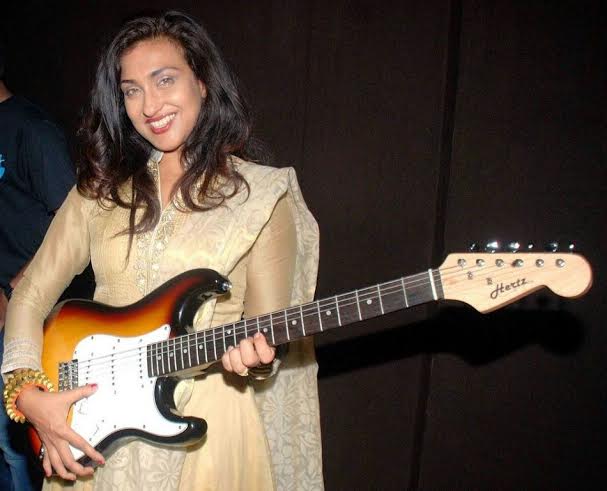 Roland Music School is proud to produce a path breaking initiative where for the 1st Time in India, an all Children Musical Band has been launched.

These 11 youngsters are all in their first grade of learning at Roland Music School, Kolkata, and they are the faces behind this unprecedented event. The event was inaugurated by the Tollywood actress, Rituparna Sengupta and other eminent guests present at the occasion included Hemanto Goswami, Guitar and Vocalist in the band Bhoomi; Jyoti Bansal, CEO/Director Roland Music School & Owner of Happy Hours; Raunak Agarwal, Director, Roland Music School and many others.

The students have put in hours of rigorous training under the watchful and able guidance of the teachers of Roland Music School in the school Jam Pad. The students, playing the Keyboards, Guitars, Vocals & V-Drums, have been chosen as per their dedication, perseverance & progress in the examinations held in the school. The recording of the Album was spaced out over two days in the studio. The students, overcoming the initial nervousness were at ease and very comfortable and portrayed their confidence while recording.  Availability of CD at all Roland dealer outlets across Kolkata both the branches of Roland Music School, i.e. Salt Lake and Lansdowne. The Album CD is priced at Rs 149/- the proceeds/funds of which will entirely go for the Music Education of the under-privileged at the Roland Music School.

On this occasion Raunak Agarwal, Director, Roland Music School said, “Kolkata being the cultural hub and Music capital of India, music education has been very rich and important for this city.  Seeing the aesthetic value of Music being expressed and performed with high interest among the people, Roland Music School has taken the initiative to Launch Eastern India’s biggest Jampad for Band Lovers streaming all across the city, providing them with best set of Instruments of International Standard so that they can practice and perform on world level. The Roland Jampad will help them improvise on their Skills to a great extent as the Jampad is developed inside the school Premises. Even the School faculty and mentors can help them to hone on their skill and Talent. Since its Inception Roland Music School has developed the standard of Music Education keeping the both the international and domestic level combined customizing the system as per its students. Therefore, we could also soon form an RMS album “RHYTHM ROCKERS’’ where our students have absorbed their education and developed interest to pursue Music as their career. ’’

Speaking to the media, Mrs. Jyoti Bansal, CEO/Director, Roland Music School & Owner of Happy Hours said, “For the 1st time in the history of music in India a music school has taken the initiative to release an album by the kids and Roland Music School is proud to do so by just one year’s training to students in every field from vocals to instruments. It is our technical skills which has made this possible. We want that music education breaks all barriers and reaches the masses thus we are also launching the biggest jam pad where all can come and practice.”

The instruments are all user friendly, and are all at The Roland Jam Pad, which is also going to be open for bands across the city to come and practice & use. The USP of the Jam pad is the size, along with the provision of top class instruments for the musicians. Moving on from the Album launch, the students of Roland Music School are now preparing for the extensive Summer Training Program which has been endorsed under the guidelines of Berkley College of Music.