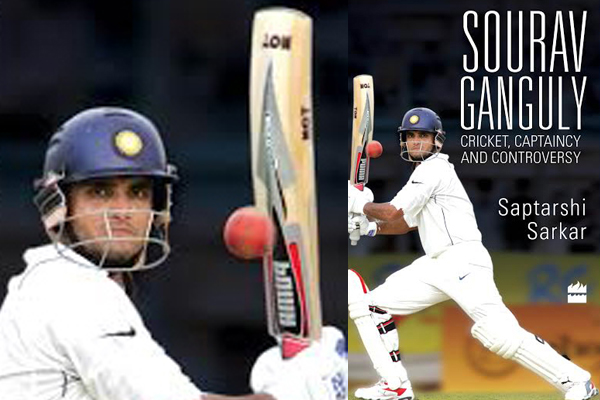 The book titled ‘Sourav Ganguly: Cricket, Captaincy and Controversy’ was unveiled in the presence of veteran cricketers and sport journalists.

Speaking at the book launch, the author said, “It’s a momentous moment and occasion of my journey with Sourav.”

He narrated how he came up with the idea and added, “The journey started in the year 2005 when I was engrossed by the whole Ganguly saga.”

Satyabrata ‘Raju’ Mukherjee, former Bengal cricketer and Ganguly’s school cricket coach said, “The first time I met him (at St. Xavier’s Collegiate School, Kolkata) he had already played for the Bengal u-15.” He regaled the audience with various anecdotes and stories."

Mukherjee also added, “Sourav was a strong minded character, he knew the art of leadership.”

Speaking about the former Indian skipper's temperament, he said, “He possesses a very Australian like spirit, very unlike the Indian and stereotypical Bengalis that we come across.”

Ex-Bengal cricketer Ashok Mustafi, Sourav’s childhood coach recounted his memories as he said, “He used to come with his elder brother Snehashis. I had no doubt about it that he would play for the state, beyond that I couldn’t have predicted but today you know the results very well.”

Senior sports journalist Debashis Dutta praised the former cricketer under whose leadership India had reached the final of the 2003 World Cup as he said, “I am happy to discuss my favorite topic, Sourav.”

Former cricketer Gopal Bose highlighted the factors one needs in order to excel in the game.

He said: “You need the three c’s, conception, conviction and the most important of all, courage. Sourav had them in abundance.”