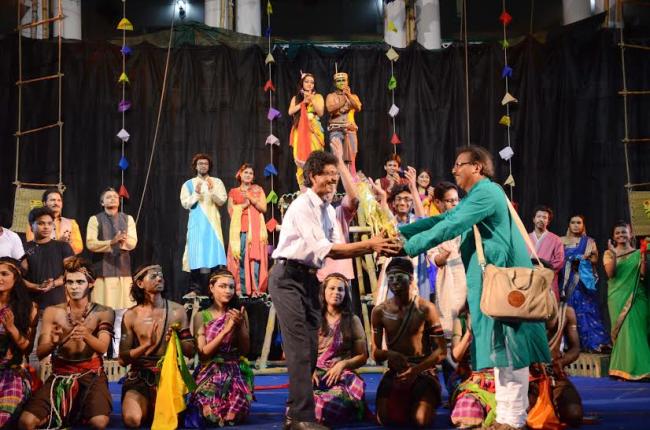 The festival was held between Mar 17 and Mar 20, 2015, at the Jorasanko Thakurbari, Kolkata, and included conferences and workshops, a theatre festival based on Shakespeare’s works, and an exhibition on ‘Shakespeare and Bengali Theatre’.

Reputed persons from the field of theatre delivered keynote addresses and special lectures.

There were 48 scholar-participants from various countries including Canada, the United Kingdom, South Africa, Taiwan and Japan, apart from Indian delegates. The inaugural session was graced by the presence of eminent theatre person Bibhas Chakraborty as the Chief Guest, along with Prof. Sabyasachi Basu Ray Chaudhury, Vice Chancellor, Rabindra Bharati University.

The theatre festival showed how Shakespeare, as a playwright has, for the last 430 years, inspired various theatre productions, giving rise to a rich body of experimental productions each intellectually stimulating, and brought together performers and teachers who exchanged views through discussions, interactions, paper presentations and performances.