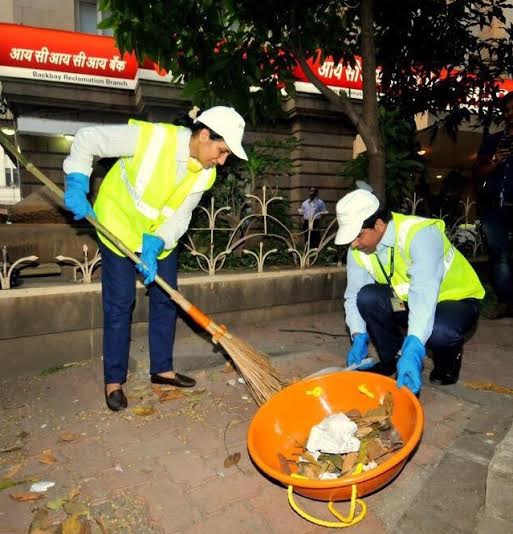 Cenotaph Road branch is the bank’s first branch which was set up in 1994.

Chanda Kochhar, MD and CEO, ICICI Bank participated in the campaign on November 11, 2014 where she announced a nation-wide cleanliness drive at the Bank’s branches.

Since then, one ICICI Bank branch has been participating in the campaign on every working day, by cleaning the area in front of the branch.

Chanda Kochhar, MD and CEO, ICICI Bank said, “The ICICI Group has always been a catalyst in India’s growth and will continue to support the country in every sphere. The Group’s contribution to the ‘Swachh Bharat Abhiyan’ has been a sustainable, on-going exercise. I am proud to share that thousands of my colleagues in several states have participated in the campaign and many more will join. I urge all Indians to do their bit for this noble cause and build a clean, hygienic country for the coming generations. We need to do this on a day-to-day basis and sustain the momentum in the coming years. Something as small as not littering or dumping waste on the roads can go a long way in keeping India clean. Let us come together and create a vibrant and hygienic India which we can proudly call our home.”