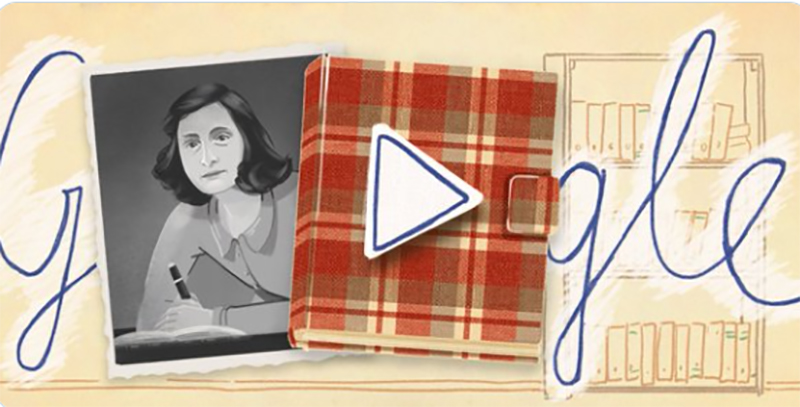 Tech giant Google Saturday honoured German-Dutch Holocaust victim Anne Frank commemorating the 75th anniversary of the publication of her memoir, The Diary of a Young Girl.

On the occasion, Google Doodle has shared a video which depicts various moments of her life in the book.

Our #GoogleDoodle marks the day ‘The Diary of a Young Girl’ was published, which held a first-hand account of Anne about the years she spent in hiding: https://t.co/kNmBipFoUb. pic.twitter.com/je8SkNuqpF

She died at a concentration camp in Germany at the age of 15.

Frank and her family moved to Amsterdam in 1934 when Adolf Hitler came to power in Germany.

She was reportedly given a diary when the persecution of Jews was increasing.

Frank kept the diary, where she wrote about her family's life in hiding, with her.

Frank's father got that diary when he returned to Amsterdam.