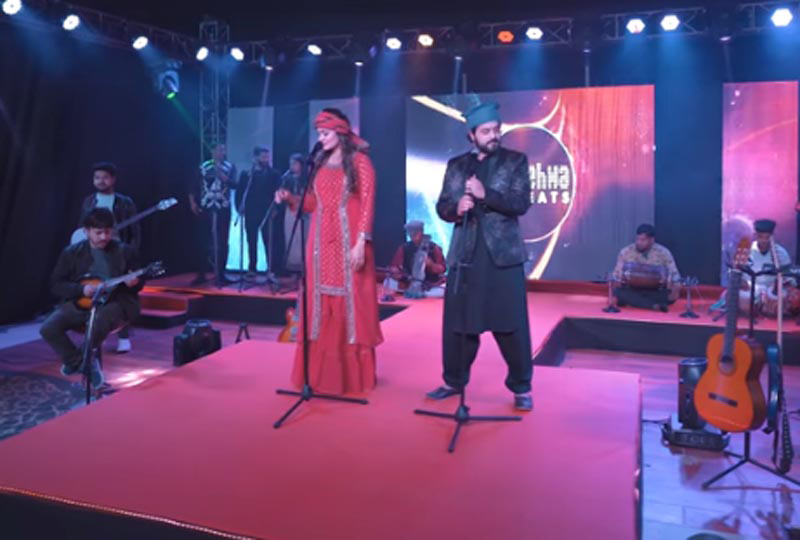 Srinagar: A youtube channel is trying to showcase the world  the beauty of Kashmir's diverse musical and literary culture by starting its own music series “Kehwa Beats”.

Kashmir Originals, Kashmir based original music label, is trying to give oppurtunity to enthusiastic musicians and singers to portray their talents.

The level is also trying to bring them under one roof.

Speaking about this initiative, founder of Kashmir Orginals, Sanna Bhatt told Rising Kashmir that Jammu and Kashmir is famous for its rich and fascinating cultural diversity across the globe and has a significant element of its culture in Music, especially folk music.

Folk music has been dominantly one of the colourful aspects of Kashmir's rich culture, Bhatt said.

“To reminisce the beauty of Kashmiri folk,we has come up with the first-ever Kashmiri music series titled Kehwa Beats which focuses on featuring live studio-recorded music performances of the local artists who sing from their souls for the love of the Kashmiri language,” she said.

She said that Kehwa Beats is a platform specifically created to revive the rich folk music of Kashmir and promote the Kashmiri language at a global level.

While talking about her journey in this field, she said, “I have been much connected to Kashmir and our culture since childhood and I always wanted to make a small contribution toward protecting and reviving our rich cultural heritage. I think it’s my eternal love for Kashmir, our culture & language which inspired me to start the journey in this field.”

In the first season of Kehwa Beats, Sanna said, “we have tried to blend two languages i.e Rajasthani & Punjabi from mainland India with Kashmiri folk songs because we don’t want the Kashmiri language to remain confined to Kashmir only but we want to promote it globally.We will try our best to bring artists from other parts of the country too to collaborate musically with local talented musicians”.