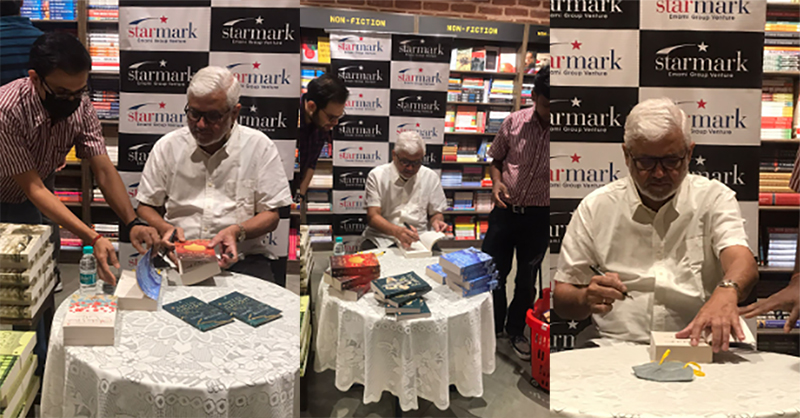 Kolkata: Acclaimed Indian writer and Jnanpith winner Amitav Ghosh at a city bookstore on Saturday signed copies of his recently published book The Living Mountain, billed as a fable for our times and a cautionary tale of how humans have systematically exploited nature, leading to an environmental collapse.

He was present at the Starmark bookstore in the South City Mall in south Kolkata to promote his book.


What makes the book special is that it was written during the pandemic when people were so preoccupied with their own problems that it was impossible to even give a minimal amount of attention to the environment.

Ghosh’s book is a cautionary tale like the Little Red Riding Hood that elaborates on how we humans like the big bad wolf have exploited the environment in a systematic manner. It also states that this has led to an environmental collapse in many ways and in the end, it is us who have to suffer.

The story is set in  Mahaparbat, which is a mountain in India and is inhabited by local residents.  The problem starts when businessmen and industrialists come in and start abusing the mountains for commercial purposes. 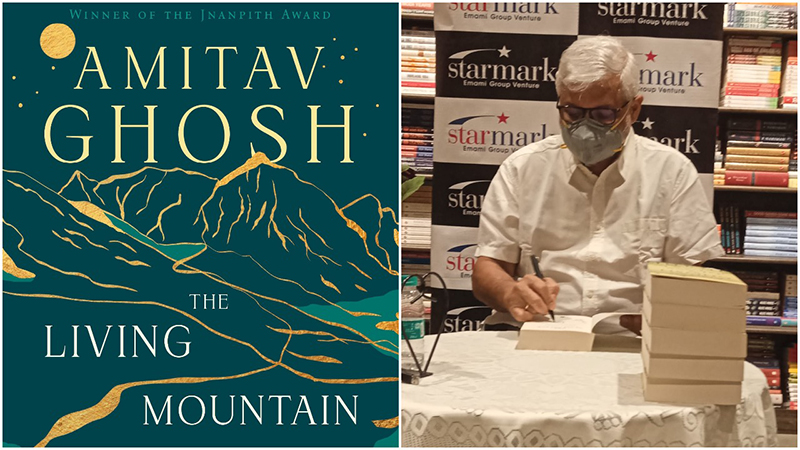 This book was initially written as a part of an anthology and then developed as a story and it contains inputs and stories of some of the world’s best climate specialists and scientists.

“The Living Mountain is a book of our times, for our times; it will resonate strongly with readers of all ages”  said the publishers of the book HarperCollins.  It is a fable that warns us not to profit by damaging the environment as it will eventually lead to grave problems and nature will not be there to protect us.

Ghosh, known for his books like The Glass Palace, The Hungry Tide, Shadow Lines and Ibin Trilogy titles like Sea of Poppies, River of Smoke and Flood of Fire, expressed his excitement on seeing stacks of his new book in the bookstore as he posted on social media the venue as “my neighbourhood bookstore in Kolkata".
The internationally acclaimed writer, now based in the USA, is an old resident of Jodhpur Park area across the mall.  He also stated that seeing the “Hindi edition was a real thrill”.

The Living Mountain was published on May 12, 2022 in English, Hindi and simultaneously as an audiobook and ebook.
(Reporting by Shriya Biswas)
Related Images