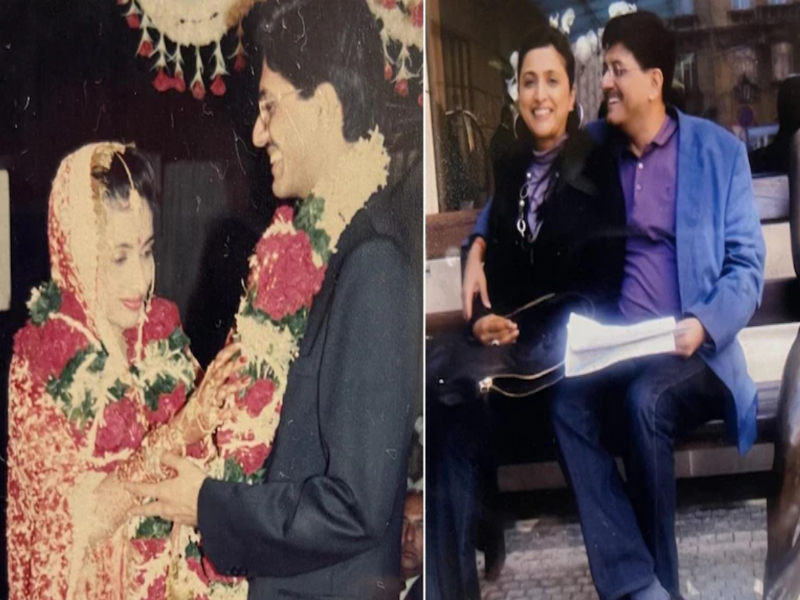 Delhi/IBNS: Union minister Piyush Goyal, who celebrated his 30th marriage anniversary Wednesday, shared the memories of his wedding day on Twitter along with a heartwarming note for his wife Seema Goyal.

The minister shared a picture from his wedding in which he can be seen looking at his bride lovingly as she garlands him. The other image, apparently taken years after their marriage, shows the couple happily striking a pose.

If the adorable images weren't enough to describe the bond the minister shares with his wife, his heartwarming note to her did.

You complete Me, Seema

Minister of Road Transport and Highways Nitin Gadkari congratulated the couple and wrote, “Happiest Anniversary to both of you! Wishing you both a healthy and blissful life of togetherness (sic).”

Happiest Anniversary to both of you! Wishing you both a healthy and blissful life of togetherness.

Many congratulations to both of you. I wish you both endless years of togetherness and happiness.

Piyush Goyal is married to Seema Goyal, an active social worker, and they have two children - daughter Radhika Goyal and son Dhruv Goyal.