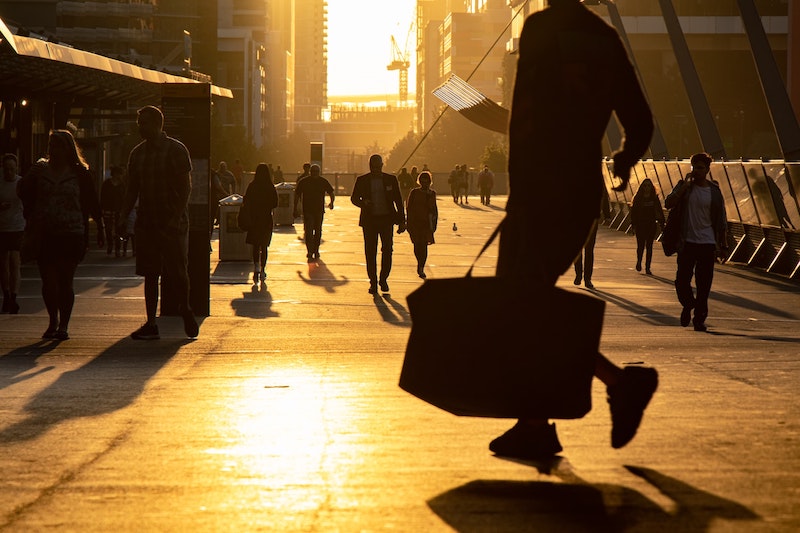 The hospitality industries in USA and India have experienced declines throughout 2020 while a devastating second wave in India crashed hopes of an early recovery. The industry relies on business travel for a significant portion of their revenue, but the pandemic sent business travellers home to meet online. Morgan Smith, Isabella Ledonne and Maddy Ryley from USA and Vanshika Lohia, Bala Singh and Pratibha Singh from India report on the crisis

Rod Uphoff remembers his last day of travel before COVID-19 like it was yesterday, even though it’s been well over a year since the start of the pandemic. In the span of thirteen months, one of the world’s most prominent industries has drastically changed.

The COVID-19 pandemic forced nearly every employee in the world to work from home, causing an unprecedented decline in business travel.  As of January 2021, business travel has declined by 70% in just one year, according to the U.S. Travel Association.

Uphoff was one of the last business travellers coming back to the United States from his work travels in South Africa. “I was almost positive I was going to get COVID because I suspected someone on my flight had the virus when I was coming back,” Uphoff says.  “Fortunately we’ve survived up until this point but it was a pretty harrowing experience because no one was wearing masks at the time or social distancing.”

Uphoff is a professor at the University of Missouri School of Law and is the director of MU’s South Africa Education Program. Uphoff traveled to South Africa nearly every year before the pandemic. Now, he teaches his international students over Zoom. 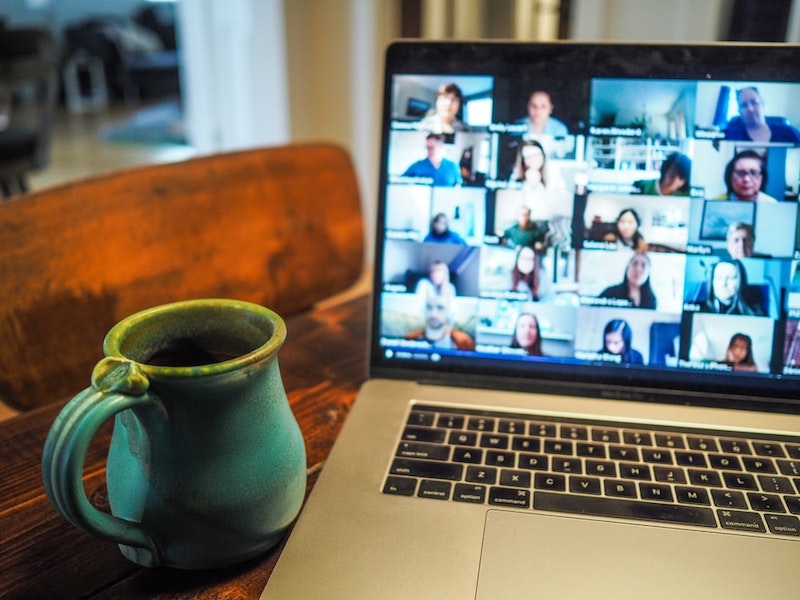 Companies around the globe spent $1,294 billion on business travel in 2019. According to Statista Date, that number declined to $504 billion in 2020. With more employees forced to work at home to prevent the spread of the virus, Zoom meetings and Microsoft Teams took over flying across the globe for a single business deal.

Mary Stegmaier is another frequent business traveller who has been affected by the pandemic.  As the Vice Provost for International Programs at the University of Missouri, Stegmaier coordinates international relations for study abroad and international programs at MU.

Working from home in Missouri, Stegmaier explained the benefits and drawbacks from COVID’s new lifestyle.

“In some ways, teleconferences can be very efficient because you get the work done without jet lag or high travel expenses and it can be more productive,” Stegmaier says.  “However it’s been very challenging to develop new relationships. There’s little to no networking going on anymore because it’s hard to form a new relationship over a screen.”

As the number of business travellers declined in 2020, hotels and lodging accommodations once full of employees now face a significant decrease in capacity and demand.

As pandemic-related restrictions kicked in, hotel and lodging companies saw the number of guests staying plummet.

Hotels that primarily cater to a business clientele saw an even more dramatic drop as meetings moved online to platforms like Zoom.

In 2020, domestic leisure travel was 76% of what it was in 2019, and domestic business travel was just 40%, according to U.S. Travel Association Tourism Economics data. 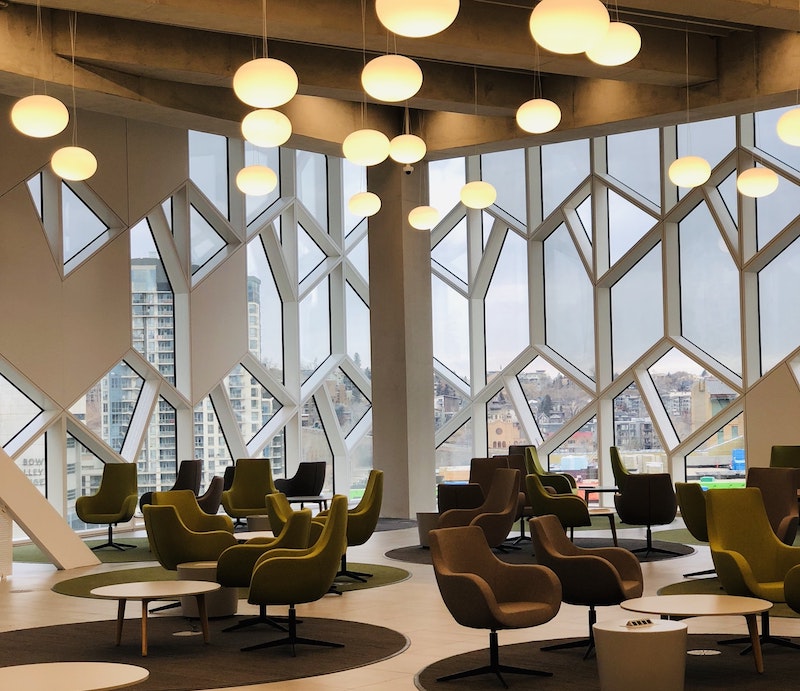 The Capitol Plaza Hotel in Jefferson City is one such hotel.

General Manager Brandon Boyer estimated that before COVID, government, business association and general business travellers made up about 80% of the group-based hotel’s guests. Boyer said the Capitol Plaza was consistently at about 60% or 70% capacity at all times before the pandemic hit.

“Those numbers went down to the single digits overnight,” Boyer said.

With the extreme loss of clientele and the new regulations preventing the hotel from offering its full range of services, the Capitol Plaza lost over 90% of its staff.

“It was devastating,” he says. “I mean, we just took a huge hit. And there’s nothing to compare it to.”

Amid the ongoing chaos of 2020-2021, the hotels of India have suffered drastically.

The revenue decline measured to more than 80% when compared to the pre-pandemic setup. Recovery was difficult, though it had begun during the last months of 2020.  However, with this devastating second surge of COVID-19, hotels are again preparing themselves for the 2021 slump or worse.

Ranju Alex, a Lifetime Achievement Award winner in Hospitality, is a manager of 36 hotels of the Marriott International.

She says: “It has been harrowing- jobs have been lost, people are working on salary cuts and owners are not getting the marked profits.” 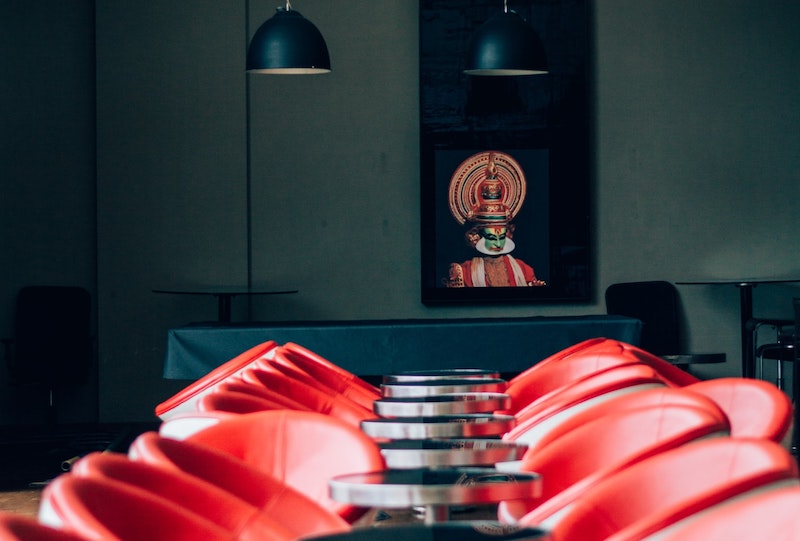 Riya Shah explains how temperature checks are maintained to run the hotel operation smoothly. Sanitising the entire hotel and its products along with keeping a doctor at call are stringent measures that are taken up, she says.

“The occupancy levels have further plummeted to single digits- except for quarantine related business. States that were reporting improvement in the number of bookings on the back of business and leisure travel are now bearing the brunt of re-imposition of restriction,” he says.

Bio bubbles, a concept originated to combat COVID-19, are areas isolated from the outside world. The Marriott chain of hotels have made bio bubbles to help the guest feel safe,  says Ranju Alex.

According to Alex, international business travel is completely over. "MICE operations that had begun to take force by 2020 end, have faced losses again, along with any other corporate visits.  "Airline crews, the sports and entertainment industry are helping in business growth," she says.

According to Manav Chandak, Marketing Director and CEO of Panchavati Group of Hotels, "nothing is going on and we haven’t seen a single corporate meeting in the first six months after the pandemic was declared.”

Along with hotels, the air travel industry had to watch a decline in travellers, especially business travellers, as COVID spread like fire.

In January and February of 2020, the St. Louis Lambert International Airport in USA saw an increase in the number of travellers from 2019. Rhonda Hamm- Niebruegge, the airport director, said that those early numbers were looking good. The percentage decrease in the total number of passengers from 2019 to 2020 in each month following March was greater than 60%. Other airports across America were seeing similar declines.

Even with a slower return to the usual levels of business traveling, this year is looking hopeful for those in the hospitality and travel industries.  Lambert International has seen an uptick in people coming through its TSA lines and even seen new destinations added and new airlines come in.
In India the pandemic affected the sale of the business class seats amid a hike in the ticket prices and the increased security measures.

Says Shiran Kretser Silva, Area Manager,  Kolkata , SriLankan Airlines:  “With the closure of business and countries restricting entry, there was no travel taking place. Not only business travels, but also VFR, leisure and students traffic was halted.”

“Cabin factors are drastically low compared to pre-Covid levels. Increased security measures and lock downs had greatly affected freedom of travel and the strategy where demand can be stimulated through lower pricing in most cases was rendered useless,” he says.

However, with gradual opening of air spaces, airlines got a chance to operate few flights amid lower cabin factors. The competitive play grounds have changed and everyone is looking to capture available business, he says.

According to Silva, the big challenge for airlines is that the fixed costs are same while  almost zero revenue is earned.

“Managing day to day operations became a task. However senior management team put up plans to reduce costs at every level. Most of the contracts were renegotiated, the staff had to sacrifice part of their salary to stay afloat, aircraft leases were renegotiated and payments got deferred,” he said. 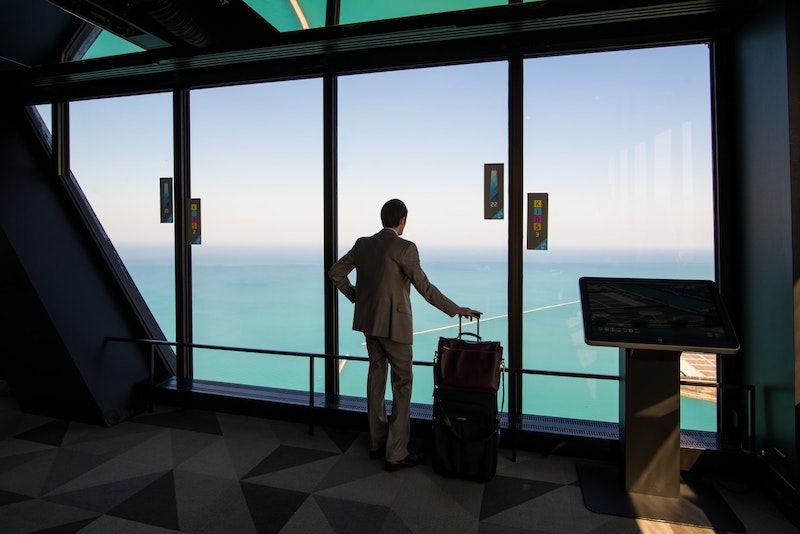 According to Rahul G. Doshi, Outbound Head, Classic Holidays, a travel company based in Mumbai, the travel agents suffered too because of the poor health of the airline companies from the pandemic. “Realising the dues from the airlines is a big challenge that we are facing now. Money pumped in to buy seats at a lower fare in airlines is stuck and agents are running short of liquid cash,” Doshi says.

What to Expect Moving Forward

With the advent of online forums, business travel has taken a setback. Online Zoom or Google Meet sessions have replaced conferences and stay-ins by businessmen.

The outlook for the coming years is looking better for U.S. hotel, lodging and air travel businesses as COVID-19 vaccination rates increase and restrictions loosen up.

Close to nine out of every 10 Americans (87%) currently have travel plans in the next six months, the highest percentage since March 2020, according to market research conducted by Longwoods International. 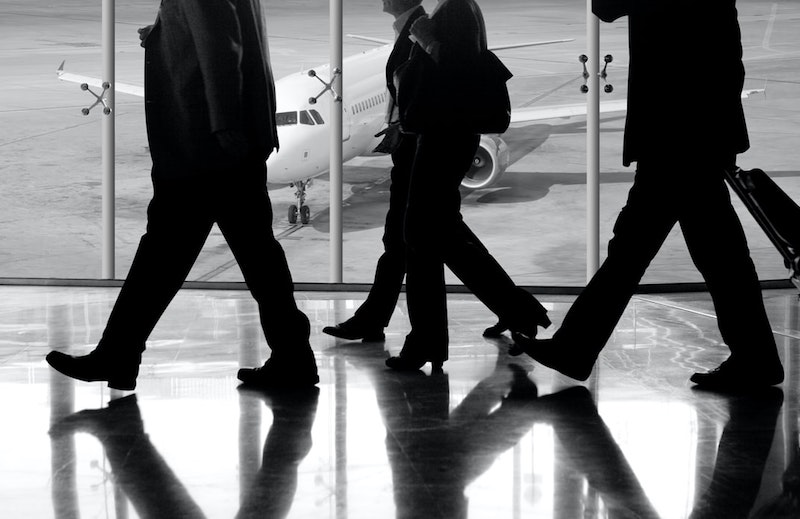 While there has been discussion about some form of a vaccine passport, similar to the one the WHO has previously used, it is not certain that they will be used for domestic travel in the U.S. There are already different guidelines for coming and leaving other countries, which in some cases includes receiving a negative COVID test result.

Hall said that for international travel, people will probably have to show proof of vaccination since infection rates and policies regarding COVID vary by country. He said that as more people get vaccinated, they also can gain more confidence that the end of the pandemic is near.

Business travel’s return to pre-pandemic levels will also rely on how businesses decide to move forward, whether employees will return to in-person full time, working entirely remotely or a combination of the two.

Zoom and other popular video chat platforms have proven indispensable through the pandemic. Meetings that once to required in-person attendance, and thus traveling, may continue to be held virtually.

Mary Stegmaier of University of Missouri believes the business world won’t ever fully return to pre-pandemic times. Video conferencing has made travel expenses significantly decrease and some companies may stick with Zoom for a while longer.

“I think it will end up being some kind of hybrid because there are so many companies reducing space and having employees working from home,” Stegmaier said.

Hamm-Niebruegge said that the industry will adapt to any new changes that could occur and that these industries and travellers will keep moving forward as they have been since last March.

“I think we’re all going to be okay,” said Boyer of Capitol Plaza Hotel. “We’re getting back to normal soon enough.”

As HAI’s Bezbaruah puts it: “The future is very uncertain. We believe that the accelerated vaccination drive and building of herd immunity may ease the situation in a few months’ time which in turn help in easing of travel norms, resulting in steady recovery for business travel and the industry at large.”

But amid all the gloom around the devastating second wave in India, some are optimistic. Riya Shah is optimistic about the future of travel. She ideates that getting people vaccinated and providing them with interesting discounts might help bring back the hotel business back to the 2019 situation.

Ranju Alex, on the other hand, believes that there will be a huge upsurge in business with the release of pent up demand. "MICE, corporate along with luxury travel will all start. There will be about 2 years of recovery from this depression before any signs of growth can be witnessed," she says.

As a Mumbai-based Thomas Cook official says: “I can only say one thing that after every dark day there is a new brightness. So it is a matter of time I think, maybe a couple of months or four months more and then we'll be alright.”

(This is a reporting project by journalism students at the University of Missouri, USA and Indian universities, overseen by US and Indian journalists Laura Ungar and Sujoy Dhar)