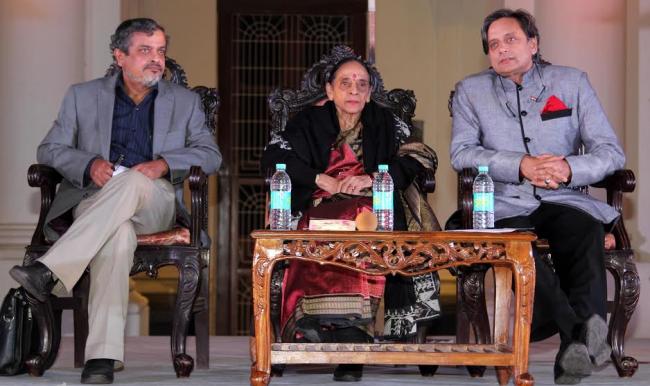 This festival will continue up to Jan 18.

The event was started with a dance performance presented by Manipuri traditional artists under the aegis of popular dancer Priti Patel and her troupe.

The guests took part in a panel discussion on 'Creating and Sustaining: Cultural Heritage and Contemporary India', moderated by professor of Jadavpur University and former Director General of National Library Kolkata Swapan Chakravorty.

The organizers of AKLF 2015 said that they would pay a special tribute to Pandit Jawharlal Neheru on his 125'th birth anniversary by arranging a panel discussion on him.

Indian Museum authority played a DVD on the brief history of this heritage which was created in it's 200'th birth anniversary.