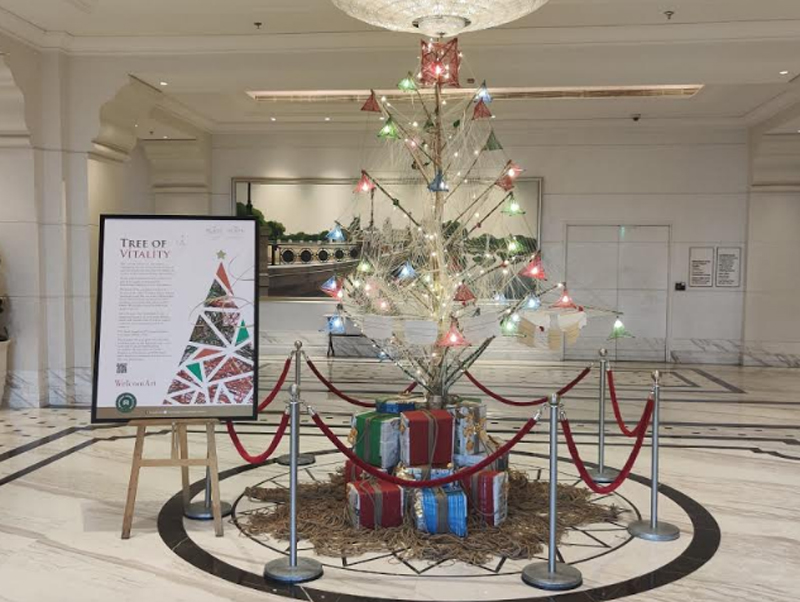 For centuries handwoven textiles from Bengal have been the cynosure of eyes from across the world. This Christmas ITC Royal Bengal and ITC Sonar in Kolkata's Tree of Loom-inosity celebrates the timeless legacy of this cultural heritage.

Designed by local artist Manas Ghoria who creates a sustainable bionetwork for loom artists across the state's ecosystem, the Tree of Loom-Inosity includes several traditional forms of weaving.

The Jamdani that is rich in motifs and the Baluchori from the Murshidabad district that dates back to the early 18th century keep company with the embroidery craft of Nakshi Kantha and the exotic Tangail weaves. Here too is the Khesh or the Dhonekhali, one of the oldest sustainable techniques in weaving.

The Tree of Vitality is handcrafted with indigenous resources by Kolkata artists Shailpik Biswas & Paramita Saha, its artistic elegance celebrates life and sustainability. 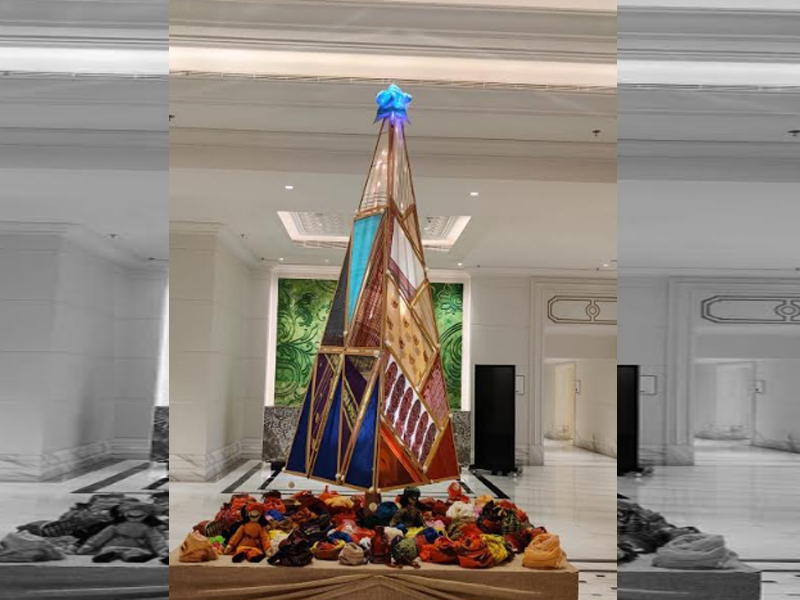 "Inspired from Rabindranath Tagore's several poems which have immortalised nature inculcating it through a generic cultural framework much like our ethos of Responsible Luxury that permeates across all that we do at ITC Hotels, a few lines of his poetry are included in the design of the tree," the hotel said in a release.

Tejinder Singh, Area Manager East ITC Hotels & Cluster General Manager ITC Royal Bengal & ITC Sonar said: “As we step into the New Year and the New Normal, sustainability and responsibility lie at the core of ITC Hotels’ Responsible Luxury ethos. This too is reflected in WelcomArt, where we nurture local artisans to recreate artistic excellence as ITC Royal Bengal & ITC Sonar celebrate this eternal symbol of life and intrinsic flavour of this region."