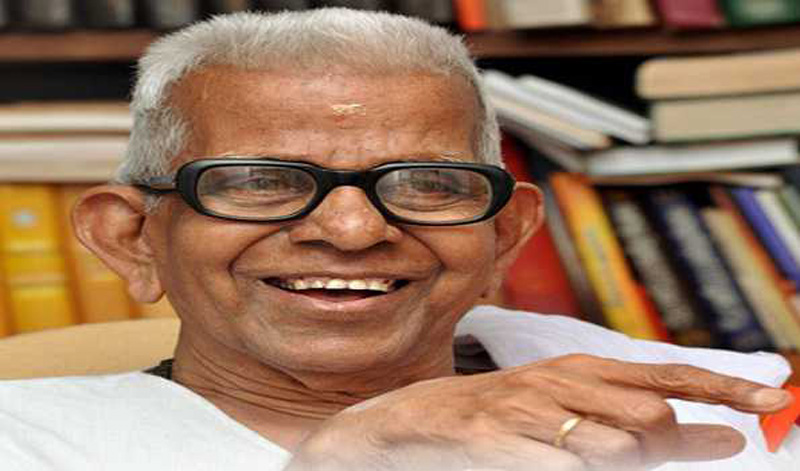 Palakkad/UNI: Jnanpith laureate Akkitham Achuthan Namboothiri, popularly known as Akkitham, the renowned poet of simplicity in Malayalam literature, passed away due to old age-related ailments at a private hospital in Thrissur on Thursday.

He was 94 and is survived by his son and a daughter.

Akkitham's wife predeceased him in 2019.

Known for simple and lucid writing, the poet and essayist of Malayalam was honoured with the country’s highest literary honour, the Jnanpith award for 2019.

He was presented the Jnanpith award at a simple function held at his house in Kumaranalloor near here on Sept 24.

Akkitham’s literary works date back to 1950. Since then his works also brought him recognition, gradually elevating him to the status of an accomplished writer in Malayalam literature.

Akkitham is a recipient of several other awards including 'Kerala Sahitya Akademi' award, 'Odakkuzhal' award, 'Vallatho' award, 'Vayalar' award, 'Aasaan' award, besides many other honours.