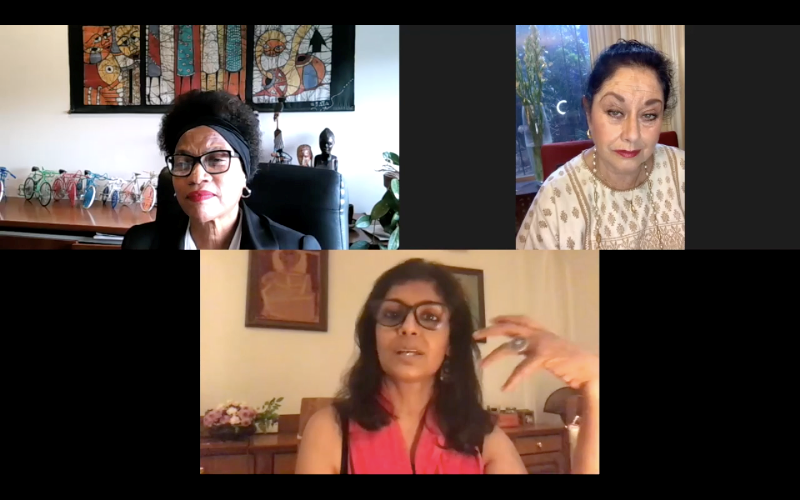 New Delhi/IBNS: The Embassy of Mexico in India and UNESCO New Delhi jointly hosted the 2nd Mexico-India Dialogues on Women’s Rights on the subject of Breaking Gender Stereotypes in the Media.

The dialogue dwelled on gender-based discrimination in the media.

The second edition of its kind, the dialogue is part of a series of conversations that seek to stir up discussions on women’s rights and exchange knowledge not only between India and Mexico, but also beyond.

The dialogue revolved around the experiences of two leading figures in the film and television industry, namely Angélica Aragón and Nandita Das, who have managed to advance an agenda of empowerment of women in environments characterized by sexist practices, abuse and perpetuation of gender stereotypes.

Cinema and television have been marked by under-representation of women and misrepresentation of gender roles, sexualization, and domestication, according to the participants at the Dialogue.

Long silenced by the industry's unspoken norms, today more and more women are raising their voices to dispute pay gaps, the objectification of their bodies and the need to promote gender parity and portrait masculinities in different ways in the visual media.

While discussing the challenges that ensued from her long-standing career in Mexican cinema, theatre and television, including soap-operas (telenovelas), Angélica Aragón said, “It is imperative to target the new generation of girls, who should be empowered to rehearse the type of character they want to have in the future, for us to truly eradicate gender stereotypes and biases starting from a young age.”

Bollywood actor, director, and producer Nandita Das talked about own experience of working in the cut-throat world of mass media and challenging the status quo.

Reflecting on the issue she said, “As a very powerful tool for communication, we need to infuse the media with social conscience, for new generations to question inequalities and make the world a better place.

The dialogue highlighted that the media has the power to inform, influence and entertain across borders.

In many cases, the media acts as a social mirror and carries with it immense potential for social change.

In the context of gender equality, media can be used as a powerful tool to advocate eliminating gender-based discrimination and violence against women.

However, like every other sector of the economy, the media industry is not immune to gender-based violence and gender stereotypes.

Unfortunately, in many cases, the visibility given to women in the media is replete with, and based on, stereotypes.
This in turn perpetuates the cycle of gender inequality.

Despite progress achieved, the media continues to be a space that reproduces stereotypes, which makes it ever more important for more women to take up leadership roles, the speakers said.