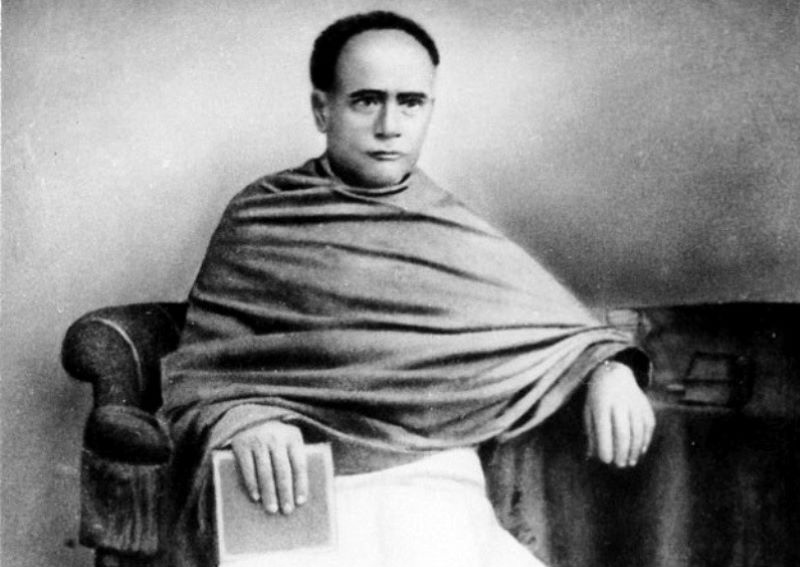 Pandit Ishwarchandra Vidyasagar (1820 – 1891) was one of the legendary figures of the 19th century Bengal renaissance, as an academist, social reformer, humanitarian, and philanthropist.

It has been impossible to properly assess his greatness and the importance of his achievements.

At a time when Pandit Vidyasagar’s 200th birth anniversary is being celebrated, it would be interesting to point out that he played a pioneering role in the development of the practice of homeopathy as a system of medical treatment as well.

Sometime in the 1850s, Pandit Vidyasagar suffered from migraines and was successfully treated with homeopathic medicines prescribed by his friend and well-wisher Rajendralal Dutta after conventional medicines had failed.

Rajendralal Dutta’s earlier successes with other patients were followed by his and Pandit Vidyasagar’s interactions with the well-known Dr. Mahendralal Sircar, who belonged to the conventional system of medical treatment and never believed in homeopathy. These interactions led to the ‘conversion’ of Dr. Sircar who switched over to homeopathy, with a number of other allopathic practitioners following his lead.

These events had a lasting effect on Pandit Vidyasagar. On one hand, even though he was not a physician, his vast erudition helped him immerse himself in serious studies and research on homeopathy, particularly the reading of ‘Homeopathic Materia Medica’,

‘The Organon of the Healing Art’ and numerous other books; on the other, his qualities of head and heart and the perspectives of an educationist, social reformer, humanitarian, and philanthropist helped him realise quickly the vast potential of homeopathy in our country, with people of small means always being unable to afford the high costs of medical treatment under the conventional system.

With the help of his youngest brother Ishanchandra, whom he encouraged to take up the study of homeopathy, Pandit Vidyasagar began treating people of Birsingha, their ancestral village, now in West Bengal’s Paschim Medinipur district and gave them the benefits of medical treatment they had never received earlier.

Pandit Vidyasagar used to tell Ishanchandra “Homeopathy alone is the poor man’s cure… allopathy is too expensive…” Ishanchandra served the people of Birsingha as a homeopath for 38 years till his passing away in 1903.

In Kolkata, the first account of Ishwarchandra Vidyasagar’s homeopathic practice could be traced to 1864 when the first Metropolitan School was founded in Kolkata. He treated students of this School and young people in its neighbouring areas.

Pandit Vidyasagar’s focus on students and young people was based not only on his easy access to them as Metropolitan School students; he also felt that he could develop in them the learning habit, with their minds being more receptive to accepting something new like homeopathy, bearing also in mind its future potential.

Not long after he had seriously taken up homeopathy, Pandit Vidyasagar set up a charitable dispensary on his own property at Karmatanr, now in Jharkhand, where he spent the last 18 years of his life from 1873 to 1891. He treated people belonging to tribal communities in Karmatanr and its surrounding areas, often walking long distances to attend to them in their villages, and he maintained a diary of all his patients.

Interestingly, this diary was found amongst the personal effects of Rabindranath Tagore, and is today preserved in the archives of the museum of the Rabindra Bharati University.

This diary pertaining to Pandit Vidyasagar’s homeopathic practice during the period September 1880 to September 1883 shows how he had become more systematic in noting and recording chronic as well as temporary symptoms in his patients who were relatives, acquaintances, but mostly tribal people of Karmatanr and its surrounding areas.

Pandit Ishwarchandra treated his patients free of cost, and all incidental expenses incurred in treating them were also borne by him.